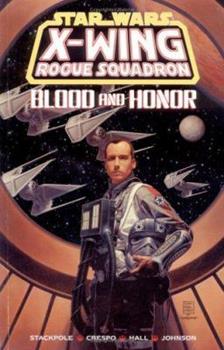 by Michael A> Stackpole

Baron Soontir Fel, the greatest fighter ace of the Empire, has been captured by the Rebel Alliance. But from the shadowed recesses of a Rebel interrogation chamber, Fel tells a story of the deception and corruption beneath the Empire's orderly surface ...and sets the stage for his own defection to the Rebellion.