When You Reach Me
Rebecca Stead 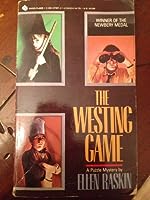 Among the Hidden
Margaret Peterson Haddix

Saving The World and Other Extreme Sports
James Patterson

The Secret of the Old Clock
Carolyn Keene

When You Reach Me
Rebecca Stead

Among the Hidden
Margaret Peterson Haddix

Saving The World and Other Extreme Sports
James Patterson

The Secret of the Old Clock
Carolyn Keene

A good detective book captures the reader's mind, making them want to keep reading to find out whodunit. One of the most exciting parts of reading detective novels is solving the crime yourself with the evidence you discover. What makes a good detective story? We're glad you asked. Enjoyable detective novels contain several elements.

Many books about detectives revolve around murders, but other crimes like theft are also found. Whatever the crime might be, it is usually explained in detail at the beginning of the book. The crimes aren't sloppy, either. They are perpetrated by clever criminals who don't leave evidence behind, making the detectives search for hidden clues.

Many suspects are often presented to the reader towards the beginning of the book. However, one suspect is clearly responsible for the crime at times, and the detective has to find enough evidence to prove it. A good detective book doesn't allow the crime to be solved easily; it builds suspense throughout the crime-solving process.

Along with seeing through the eyes of the detectives, many detective books also allow readers a glimpse into the mind of the criminal.

The best novels about detectives feature likable detectives that the reader can identify with. There are many detective series that develop characters and their relationships over several books, making the reader care about the personal life of the main characters. Some of these memorable fictional detectives are:

Fans of these series anticipate reading about the characters as much as they enjoy solving each crime alongside their hero or heroine.

Many people from Generation X grew up reading the Nancy Drew and Hardy Boys series, which features young investigators. Today's children have a wide variety of detective novels to choose from, including:

Readers find clues and evidence along with the investigators, allowing them to form their own theories about who the criminal might be. While readers learn some of the detective's reasoning as they find clues, they have room to develop their own theories, keeping readers interested until the end of the story.

Detective stories culminate in solving the crime, usually in a climactic way. Readers are rewarded for their perseverance by discovering the crime's who, how, and why.

ThriftBooks Has a Huge Selection of Detective Novels

Because we buy a wide variety of used books, we are able to offer a broader inventory to our readers than our competitors at lower prices. Each used book is labeled with its condition from acceptable, good and very good to like-new.

ThriftBooks Deals give our customers an additional savings of 10% off our already low prices on many detective books.

We are confident that you will find detective stories for readers of any age with our thousands of titles to choose from.