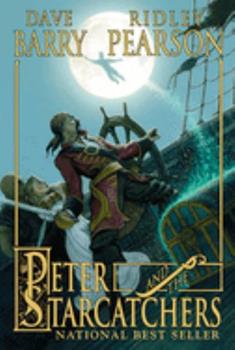 (Book #1 in the Peter and the Starcatchers Series)

Best-selling authors Dave Barry and Ridley Pearson have turned back the clock and revealed a wonderful story that precedes J. M. Barrie's beloved Peter Pan.In an evocative and fast-paced adventure on the high seas and on a faraway island, an orphan boy named Peter and his mysterious new friend, Molly, overcome bands of pirates and thieves in their quest to keep a fantastical secret safe and save the world from evil.This riveting adventure takes listeners...

SUCH an underrated series

Published by EyesBiggerThanMyShelves , 1 year ago
Peter Pan + Lord of the Rings + Titanic Peter and the other orphans he has grown up with are being sent away from the orphanage/school they have grown up in. They have been sold into servitude, but must travel by ship to get there. Along the way, Peter meets a friend, Molly, and is also allowed by a strange box. As always, there be pirates along the seas... This is one of my favorite series of all times! I’m sorry that I let the insane work hours take priority over keeping track of the series. This is one of my rereads that has me more excited for my reread than new books this year. Also, between a combination of time and memory loss after a medical procedure, it’s like I’m reading it for the first time again. Ridley Pearson’s daughter asked her Daddy how after and a pirate met, and this is the result. It is one of those stories that may be classified as middle grade, but easily appeals to young adults and adults alike. The world-building is marvelous, with the bulk being new masterful storytelling with touches of classic J.M. Barrie to summon loving nostalgia. Characters, new and old, are well fleshed-out and brought out string emotions from this reader. Greg Call’s illustrations are jaw-dropping (THAT COVER!!)! Buy this for yourself or anyone who loves retellings. If you’re twisted, get it for someone who gets seasick.

Published by MercedesBenz , 2 years ago
ABSOLUTELY, My FAVORITE book ever. My dad used to read this book to my siblings and I crowded in a circle. It’s one of my best memories because he would do all the voices and make the book come alive. He’s the reason I love reading today. I enjoyed it so much I remember buying all the other books in the series and not being able to put it down. If you enjoy fantasy and a twist on the great Peter Pan (my favorite Disney movie) you will LOVE this series!

Published by Thriftbooks.com User , 16 years ago
I read this to my 8 and 6 year old at bed time. It was so enjoyable for all of us that we couldn't wait to get back to it each night. The story does such a great job of explaining how Peter became who he is. The kids were both crying last night when we finished it - appropriately sad that Peter, having to remain a boy forever, would miss out on the same life his aging friends would have. I thought it was great that they both got the emotion of the goodbyes. We are anxious to read the Shadow Thieves and hope they just keep coming!

Published by Thriftbooks.com User , 17 years ago
Ok, wow... Before I write a review for a book, I like to check out what the other reviewers have written, to avoid repeating issues, and maybe answer some questions that they've had. I also like to check out the reviews of people who have the opposite opinion than I do. But, after reading three quarters of the one and two star reviews, I could take no more. On thing that I noticed about the one and two star reviews, was that they all seemed to be written by people over eighteen. That's fine, but they seem to have forgotten one imortant thing; this wasn't meant to be a classic adult's book, basking in the glory of 'Peter Pan'. This is a children's book, and it's written so that it stands alone. I was appaled to find people complaining about the fact that 'Peter and the Starcatchers' had a plot of its own, and didn't simply mooch off of 'Peter Pan'. That, in my opinion, is what made it a great book. It was capable of standing alone, and still managed to bring back the magic of Peter Pan. I've always been a fan of 'Peter Pan'. In fact, 'fan' is a bit of an understatement. From the ages of about two to six, I thought that Peter Pan created the universe. I would tell people detailed stories, beginning with 'Peter Pan created the moon and the stars, and then he turned to the earth...' So I was a bit obsessed. As I got older, I still loved the story, because I believe that it's timeless. I was worried that Peter and the Starcatchers wouldn't live up to the original, but would make a mockery of it. I was happily proved wrong. I loved this book. I don't think it was shamed by the original, and I felt that the story made sense, in relation to Peter Pan. Oh, yes, and to the person who wrote the review saying that all the people who wrote five star reviews must have been bought off by the writers or publishers, I assure you that I have not been bought off by anyone. In short, I felt that this book was one of the best I have ever read, and is a fitting companion to Peter Pan. The one and two star reviewers are entitled to their opinions, however.

Peter and The Starcatchers

Published by Thriftbooks.com User , 17 years ago
Incredible! I have read many, many stories to my children including the original Peter Pan. This book stands out as one of the most difficult to put down. My son is always begging for just a few more pages, and I have received many a reprimand from my spouse for reading past his bed time. My son expressed how much he enjoys the believability of the story, because it has a logical beginning to it, in his words, "the other Peter just comes out of nowhere, but this story tells the beginning." Every chapter is quick, engaging and each one leaves you hanging. You find yourself desperate for the "and then what happened?"--almost irritated that the authors interrupt the excitement with a pan (pardon the pun) to the other characters. Except with each new pan you get caught up in those characters as much as you were with the one's you left. This tactic never leaves you with a decent option for "just one more chapter before bedtime". A wonderful story, beautifully illustrated and a must read before you or your children get a chance to grow up! And as for those one star people-I feel genuinely sorry for them, as they probably don't like ice cream either.

Clever and charming, despite the criticism...

Published by Thriftbooks.com User , 18 years ago
Some previous reviewers have criticized this book for it's lack of "authenticity." That it does not exactly follow the original story (and pre-story) laid out by J.M. Barrie. To this I say, so what? In the tradition of the old "Fractured Fairy Tales" bit from the Rocky and Bullwinkle show, Peter and the Starcatchers puts a new and delightful spin on the old story. Yes, they take some liberties with the original tale. But the truth is, most people's knowledge of the Peter Pan story comes from Hollywood... the movies, which no doubt took their share of liberties from the original story as well. Yes, true die-hard Peter Pan fans (if there are any *winks*) will object. Just like any "remake" of any piece of literature or film or music is bound to earn it's own "booing section", so will this book. But that doesn't make it unworthy of praise. Barry and Pearson are geniuses! ...in my humble opinion. It's incredible, some of the things they thought up to explain everything that's taken "as is" by the general public when it comes to the original story. Mermaids? Pixies? Little boys who don't age and can fly? Barry and Pearson have given simple, and at the same time complex, explanations for these phenomena. A little bit of science-fiction never hurt anyone. And PIRATES! What more can I say? Arr, matey! If the book had been different and, as one reviewer suggested, the authors had done more "research", what kind of book would we have then? A regurgitation of J.M. Barrie's original words and ideas? BORING. Barry and Pearson are funny, creative people and they wrote a great piece of fiction fit for children and adults alike (I'm 26 by the way). I've recommended this book to anyone who would let me!

Thrilling New Fiction for All Ages

Published by Thriftbooks.com User , 18 years ago
Fourteen-year-old Peter is an orphan who doesn't exactly know how old he truly is, just like he doesn't know his last name. So when St. Norbert's Home for Wayward Boys places him aboard a ship called The Never Land, along with four of his mates, on a trip to an island ruled by the evil King Zarboff, where they will be forced to serve as slaves, Peter doesn't know exactly what to think. But when he meets up with fourteen-year-old Molly Aster, a rich passenger, traveling with her governess Mrs. Bumbrake, mysterious things begin happening. For instance, Molly can speak to porpoises, and she's hiding information about the strange trunk located in a holding cell upon The Never Land. Information about the magic, and mystery, that the trunk is holding inside. But when the notorious Black Stache learns about the treasure, the passengers upon The Never Land are in for a lot of trouble. Trouble that leads them all to fight with pirates, and become stranded on a desert island. Dave Barry and Ridley Pearson have created an absolutely amazing re-telling of PETER PAN. Peter is an exciting character who is kind, and fun, while at the same time intelligent, even though he hasn't received any formal education. Molly, on the other hand, is brave and hard-headed, and will appeal greatly to female readers, as she possesses true girl power, which shines through in every page that she appears in. Readers who enjoyed the recent movie PIRATES OF THE CARIBBEAN will adore the character of Black Stache, as he puts the mean into PETER AND THE STARCATCHERS, what with his nasty attitude, and vicious orders. Overall this is an amazing adventure story that will be enjoyed by male and female readers of all ages, whether they are a fan of the original story of PETER PAN or not. Erika Sorocco Book Review Columnist for The Community Bugle Newspaper

Peter and the Starcatchers Mentions in Our Blog 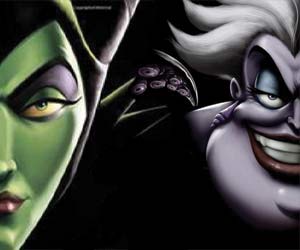