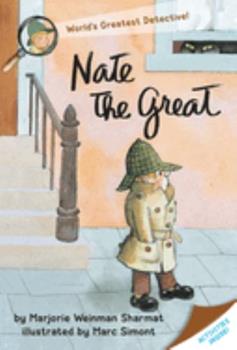 (Book #1 in the Nate the Great Series)

Join the world's greatest detective, Nate the Great, as he solves the mystery of the lost picture Perfect for beginning readers and the Common Core, this long-running chapter book series will encourage children to problem-solve with Nate, using logical thinking to solve mysteries CAN NATE SOLVE THE CASE FOR HIS FRIEND ANNIE? Nate the Great has a new case His friend Annie has lost a picture. She wants Nate to help her find it. Nate the Great must get...

Published by Ten , 1 year ago
Near perfect condition.

Published by JudyP , 3 years ago
There was a mix up and I received the wrong book. I was sent a replacement and it was the same wrong book again. I finally got a refund. Customer service was helpful and polite.

What a delightful surprise!

Published by Thriftbooks.com User , 17 years ago
We read this book merely as an "easy-reader" for homeschool. What a delightful book! As my young daughter read aloud, the rest of us became distracted with amusement. Her stiltedness as a new reader gave the same effect as a "Dragnet" voice...a must for future reading of Nate stories. I am so impressed with the author's skill at using so few words to generate so much humor and mystery. It just hits the bullseye by captivating the kids and tickling the funny bone of the parents, as well. The storyline is a young child detective who loves pancakes. His observations of the obvious are the source of most laughs and his observation of the not-so-obvious (at least to the young reader) are the source of the mystery. A+ in Reading!

Published by Thriftbooks.com User , 20 years ago
NATE THE GREAT is the first book in a wonderful series that introduces young readers to the world of mysteries, clues, and pancakes that is Nate the Great. Shortly after a big breakfast of pancakes, Nate is contacted by his friend Annie. She has a mystery for him. The picture, painted in yellow, she did of her dog Fang is missing. She wants Nate to find the picture for her. Nate leaves a note for his mother and is in hot pursuit of the clues that will let him know where the missing picture is. During the course of his investigation, Nate meets Rosamond and her four cats-Super Hex, Big Hex, Little Hex, and Plain Hex, and Annie's little brother Harry. One of them holds the secret of where the missing picture is.Marjorie Weinman Sharmat is the author of over twenty Nate the Great adventures, including NATE THE GREAT STALKS STUPIDWEED, NATE THE GREAT AND THE BORING BEACH BAG, NATE THE GREAT AND THE HALLOWEEN HUNT, and NATE THE GREAT AND THE MUSHY VALENTINE. She has written dozens of books for young readers. She named Nate the Great after her father. Her books have been named as Children's Choice books and Junior Literary Guild selections, and been picked as Books of the Year by the Library of Congress. Nate the Great was named after the author's father.As in every Nate the Great book she writes, Marjorie Sharmat plays fairly with young readers (ages 4-8) regarding the mystery and the clues. Her prose is tight, clean, and concise. Reading aloud to younger readers is an absolute hoot, and if the reader can manage the tough-guy private eye voice of a Mickey Spillane novel, the effect on young readers is even more mesmerizing. The illustrations by Marc Simont-the long-time artist of the Nate the Great series-complements the story very well, lending humor, clues, and vibrant color for young eyes. NATE THE GREAT is the perfect place to join the series because this book sets up all of Nate's world, from the frantic call by friends that have lost something, to the note Nate always leaves his mom on the refrigerator explaining his whereabouts, to the regulars that make up Nate's world.The entire Nate the Great series is recommended to younger readers and parents who love reading to their children that might have tired of (or memorized!) all of the rhyming Dr. Seuss books. This series makes a great transition to leap from to Nancy Drew or the Hardy Boys later.

Published by Thriftbooks.com User , 20 years ago
This is a very cute and quirky detective story for the advanced first to third grade reader. I believe even older readers (including adults) will thoroughly enjoy this book as well.Nate the Great is a boy detective who is on a VERY big case. He has to help his friend Annie find a lost picture. We follow Nate as he unveils clue after hilarious clue until he reaches a rather unusual conclusion. One of the funniest stories I have read. We'll be ordering the entire series.Enjoy!

Published by Thriftbooks.com User , 22 years ago
"Nate the Great" is, in a word, great. In Nate the Great, Marjorie W. Sharmat has created a hero for young boys. He acts very independently, walking around the neighborhood by himself, making his own pancakes, etc. but he wears his rubbers, and he *always* leaves a note for his mother. Marc Simont really comes through in his laid-back illustrations (some shaded, some in color) that reveal important points of the case, but do not force things down the readers' throats. Also, like the writer, Simont manages humor without going overboard.As in the best children's books, the writing style is simple yet powerful, like a haiku. Although the "Nate the Great" series is written in full sentences, Sharmat has slyly created a wonderful introduction to poetry-that-doesn't-rhyme with his carefully placed line breaks and page breaks. Here is the first page of text: "My name is Nate the Great. / I am a detective. / I work alone. / Let me tell you about my last case: / I had just eaten breakfast. / It was a good breakfast."The first book in the Nate the Great series is by far the best, because the funniest parts are in the character development that, of course, takes a back seat in later volumes. The establishing shots of and paragraphs talking about Nate, Annie, Fang, and Rosamond are absolutely hilarious. Continuity watchdogs will note Fang's slightly more menacing nature (and color change) and Annie's lost fascination for yellow in later books. Of course, kids won't notice or care.The official reviews don't make it clear which books in the series are actually in this volume. The cover is definitely not the original cover of book 1. You might want to look into that before buying.This series is great fun for little kids and whoever is lucky enough to be reading to them. Get all the Nate you can find!

Great for Boys - but Girls will like it too.

Published by Thriftbooks.com User , 22 years ago
In my opinion, there seems to be a shortage of reading material specifically targeted to young boys. My son loves Nate the Great, and identifies with him. He has all the books of the series memorized. This series of books promotes logical thinking skills and deductive reasoning. Thanks to Marjorie for creating such a wonderful character.

Nate the Great Mentions in Our Blog 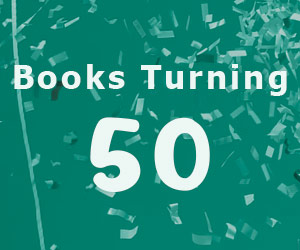 10 Notable Books Turning 50 This Year
Published by Ashly Moore Sheldon • January 06, 2022
It’s always fun to commemorate literature that withstands the test of time. And 1972 was a big year for noteworthy reads. Here are ten memorable books, for all ages, marking the big 5-0 this year and some notes on their significance.
Read Article
Trustpilot
Copyright © 2022 Thriftbooks.com Terms of Use | Privacy Policy | Do Not Sell or Share My Personal Information | Accessibility Statement
ThriftBooks® and the ThriftBooks® logo are registered trademarks of Thrift Books Global, LLC