Explore the history of the pride movement, or find some fiction picks ranging from rom-coms to space operas with main characters who identify on the LGBTQ+ rainbow. Read who you are and be who you are, because representation matters!

From the pink triangle to the ongoing fight for marriage equality around the world, learn about why we celebrate pride month

When We Rise: My Life in the Movement
Cleve Jones

The Gay Revolution: The Story of the Struggle
Lillian Faderman

And the Band Played On: Politics, People, and the AIDS Epidemic
Randy Shilts

The Men With The Pink Triangle
Heinz Heger

The Lavender Scare: The Cold War Persecution of Gays and Lesbians in the Federal Government
David K. Johnson

Black on Both Sides: A Racial History of Trans Identity
C. Riley Snorton

We Are Everywhere: Protest, Power, and Pride in the History of Queer Liberation
Leighton Brown 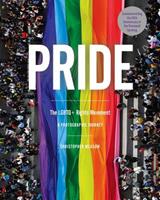 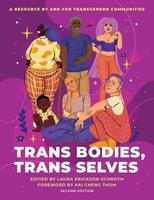 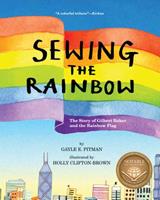 Sewing the Rainbow: The Story of Gilbert Baker and the Rainbow Flag
Gayle E. Pitman

The Deviant's War: The Homosexual vs. the United States of America
Eric Cervini 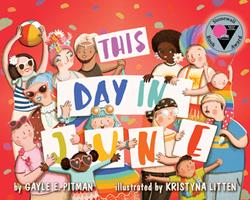 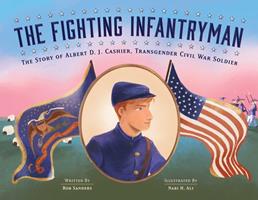 Hidden from History Reclaiming the Gay and Lesbian Past 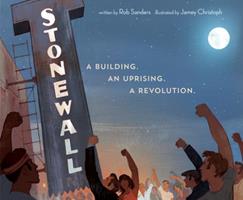 A Queer History of the United States
Michael Bronski

And the Category Is...: Inside New York's Vogue, House, and Ballroom Community
Ricky Tucker

How to Survive a Plague: The Story of How Activists and Scientists Tamed AIDS
David France

The Celluloid Closet: Homosexuality in the Movies
Vito Russo 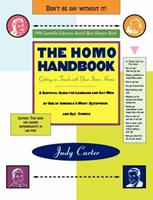 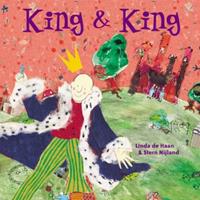 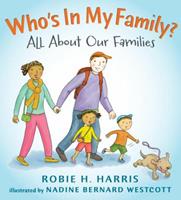 Who's in My Family?: All about Our Families
Robie H. Harris 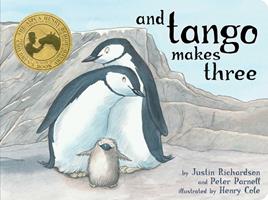 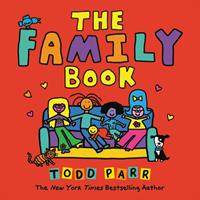 This Book Is Gay
Juno Dawson 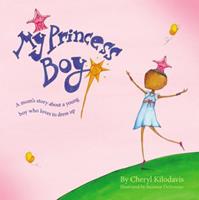 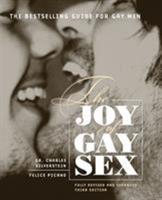 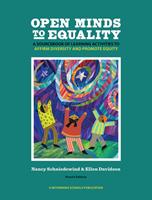 Read about the lives of people who are out and proud

The Mayor of Castro Street: The Life and Times of Harvey Milk
Randy Shilts

I Was Better Last Night: A Memoir
Harvey Fierstein

Over the Top: A Raw Journey to Self-Love
Jonathan Van Ness 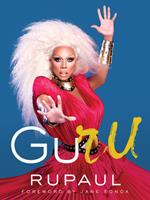 Everybody (Else) Is Perfect: How I Survived Hypocrisy, Beauty, Clicks, and Likes
Gabrielle Korn

We Have Always Been Here: A Queer Muslim Memoir
Samra Habib

Being Jazz: My Life as a (Transgender) Teen
Jazz Jennings

Redefining Realness: My Path to Womanhood, Identity, Love & So Much More
Janet Mock

Yes, You Are Trans Enough: My Transition from Self-Loathing to Self-Love
Mia Violet

The Fire Never Goes Out: A Memoir in Pictures
Noelle Stevenson

An Underground Life: Memoirs of a Gay Jew in Nazi Berlin
Frank Heibert

A Boy's Own Story
Edmund White

Hiding in Hip Hop: Confessions of a Down Low Brother in the Entertainment Industry
Terrance Dean

Believe Me: A Memoir of Love, Death, and Jazz Chickens
Eddie Izzard

Why Be Happy When You Could Be Normal?
Jeanette Winterson

She's Not There
Jennifer Finney Boylan

Tarnished Are the Stars
Rosiee Thor

Every Heart a Doorway
Seanan McGuire

Not Your Backup
C.B. Lee

That's Not What Happened
Kody Keplinger

If It Makes You Happy
Claire Kann

Flesh and Fire: Book One of the Vineart War
Laura Anne Gilman

The Lady's Guide to Petticoats and Piracy
Mackenzi Lee

Beyond the Black Door
AdriAnne Strickland

No Filter and Other Lies
Crystal Maldonado

The Girls I've Been
Tess Sharpe

I'll Be the One
Lyla Lee

The Rise of Kyoshi
F.C. Yee

Leah on the Offbeat
Becky Albertalli

Cool for the Summer
Dahlia Adler

Far From You
Tess Sharpe

The Gentleman's Guide to Vice and Virtue
Mackenzi Lee

They Both Die at the End
Adam Silvera

In Other Lands
Sarah Rees Brennan

While Pansexual and Bisexual are unique, separate labels, often books or characters will mention both, or have a character show interest in multiple genders without specifying the character's orientation, so we have included book picks for both here together.

Just by Looking at Him: A Novel
Ryan O'Connell

Let's Not Do That Again
Grant Ginder

Let's Get Back to the Party Lib/E
Zak Salih

Swimming in the Dark
Tomasz Jedrowski

Dancer from the Dance
Andrew Holleran

I'll Give You the Sun
Jandy Nelson

So Happy for You
Celia Laskey

You Should See Me in a Crown
Leah Johnson

Red at the Bone
Jacqueline Woodson

Everything Leads to You
Nina LaCour

Oranges Are Not the Only Fruit
Jeanette Winterson

Under the Udala Trees
Chinelo Okparanta

Of Fire and Stars
Audrey Coulthurst

The Long Way to a Small, Angry Planet
Becky Chambers

In a Heartbeat (Lorimer Real Love)

Between Perfect and Real
Ray Stoeve

This Is How It Always Is
Laurie Frankel

I Wish You All the Best
Mason Deaver

All Kinds of Other
James Sie

When the Moon was Ours
Anna-Marie McLemore

An Unkindness of Ghosts
Rivers Solomon

Paul Takes the Form of A Mortal Girl
Andrea Lawlor

The Other Boy
M.G. Hennessey

The Line of Beauty
Alan Hollinghurst

Becoming a Man: Half a Life Story
Paul Monette

Just As I Am
E. Lynn Harris

Just Too Good to Be True
E. Lynn Harris

Not a Day Goes By
E. Lynn Harris

Abide with Me
E. Lynn Harris

The Story of a Marriage
Andrew Sean Greer 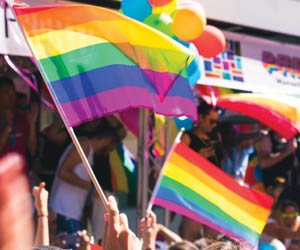 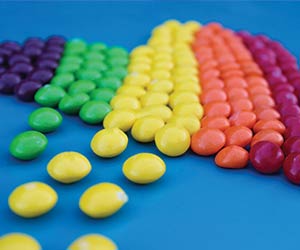 Coming Out Day = Embrace and Celebrate Being You

Coming Out Day = Embrace and Celebrate Being You

Literature has always been a space for subversion and social progress. Writing has given historically marginalized groups a voice to speak out, be heard, and tell their stories. This is especially true of LGBTQ+ writers who have been carving out their own genre for years. LGBTQ+ books are now a staple of popular reading recommendations and bestseller lists. Whether you’re a member of the LGBTQ+ community or not, there’s a lot to learn from these books and the stories they tell. It’s important to note, too, that LGBTQ+ books span a range of genres, including fiction, self-help, and graphic novels. If you’re ready to explore the world of LGBTQ+ books, check out these titles available at ThriftBooks.

What Are the Best LGBTQ+ Books to Read?

There are plenty of books on LGBTQ+ history that offer insight into events that likely won’t make it into textbooks. One such book, Female Husbands by Jen Manion, tracks the history of people who were assigned female at birth and yet chose to live as men — going so far as to marry women. This trend predates contemporary conceptions of transgender and lesbian identity, making it all the more interesting and groundbreaking.

Many of the best LGBTQ+ books are also notable for previously being banned. Rainbow Boys, by Alex Sanchez, is one such title. It tells the tale of three high schoolers who struggle to reckon with and accept their gay identities. Complaints about its sexual content caused it to be banned in many schools, but it’s emerged as an LGBTQ+ classic, nonetheless.

If you’re seeking biographical LGBTQ+ books, Why Be Happy When You Could Be Normal? is one of the top entries. It chronicles author Jeanette Winterson’s life as an adoptee, including religiously oppressive parents, a past full of pain, and an adolescent identity crisis. Still, the book strives towards happiness and urges readers to do the same — making it a powerful piece of LGBTQ+ literature.

Many LGBTQ+ books are written by LGBTQ+ authors, but that isn’t always the case. Similarly, many LGBTQ+ authors write books on LGBTQ+ topics, but not always! If you’re specifically interested in reading books by authors who identify as LGBTQ+, there are many great books that you can choose from.

The Picture of Dorian Gray may be one of the most famous examples of canonical literature written by an LGBTQ+ author. Indeed, historians agree that Oscar Wilde was a gay man, and glimpses of queer themes can be found in many of his works. Though The Picture of Dorian Gray doesn’t offer any explicitly queer content, it’s often cited as one of the best books by LGBTQ+ authors due to its longevity.

Another one of the best books by LGBTQ+ authors is Giovanni’s Room by James Baldwin. Like Dorian Gray, it evades explicit exploration of queerness in favor of thematic and symbolic consideration. Baldwin himself denied that the book was “about homosexuality,” yet it endures as an LGBTQ+ classic because of Baldwin’s own identity as a gay man. Indeed, Baldwin was one of the foremost literary figures of the 20th century, and his work includes many essays, plays, and poems in addition to his acclaimed novels.

The literary canon is full of work by LGBTQ+ authors who may never be identified. While it was once a taboo, LBGTQ+ literature is now celebrated, offering poignant and personal insights into the lives of those who reject the boundaries of sex and gender. If you want to learn more about LGBTQ+ history or read novels that feature representation of LGBTQ+ characters, ThriftBooks has what you need. Shop our selection of the best LGBTQ+ books for an array of great selections.