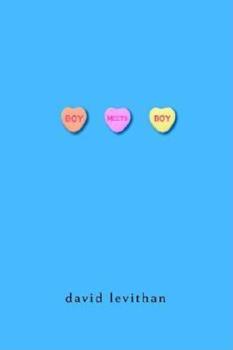 In "this" school, the gay kids and the straight kids all get along just fine, the quarterback is a cross-dresser, and the cheerleaders ride Harleys-- yet the road to true love is still a strange and winding path, as Paul discovers when he meets the boy of his dreams.

Published by Paige , 3 months ago
I think this book would be very important for a young person that can relate to these characters. There weren’t many books like this when I was younger that I’m aware of.

Published by Alexis , 9 months ago
I got this book yesterday and read it in about 2 hours. I absolutely LOVE this book. The plot of the book was amazing and gave me those moments where you just have to stop reading for a second lol.

Published by Penny Christou , 9 months ago
I'm a sucker for LGBTQ books, so this was great! With it being such a short book, the author did a great job with the storyline.

Nice concept, definitely made me smile at times

Published by Peyton M. , 1 year ago
A few characters were annoying, the main two boys were very entertaining. Purchased a acceptable copy...good enough to read a few stains and writing, which is expected.

Published by Nicole M. , 3 years ago
I didn't realize when I ordered that it was a young adult book, but it read as such.

Published by midnight , 3 years ago
This book was so wonderful. Boy Meets Boy was on my High School Reading List and I loved it, it touched my heart. I felt like one character wasn't necessary to the plot but that's just my opinion. 5/5 starts would read it again.

This Is One Of My Favourite Books On Earth

Published by Thriftbooks.com User , 4 years ago
It's really touching and important for me as a gay teenager, it is such a great great book and I loved it

Published by hannahdemelo , 6 years ago
Very cute and sweet. Finished it all in one day I loved it so much.

THE BEST GAY NOVEL FOR TEENS TO BE PUBLISHED YET

Published by Thriftbooks.com User , 17 years ago
This was the first gay novel that I ever read--I mush tell you that it was right around the same time I came out and was looking for something to relate to. Well, one morning me and two of my friends wore in the library at my high school ( I was a freshman) and I was scanning the shelf's when I came about this. After my friends finally persuaded me to check it out, I did. Im so glad that they did, becouse i didn't have the balls to. I even had a load of interests about it. So that morning I began to read it and 'bout two weeks later I finished it. WOW. I loved it so much. Since then I've read lots of other gay teen novels but haven't quite been able to find a book to stand up to its wit and humor, it love, and its originality. The only book that can acculy stand next to it is Brent Hartinger's two out of four gay high school book series: Geography Club and The Order Of Poison oak. But there still a long way from this novel. It has a reality of its own. NOTE:who ever is looking for novel to relate too like struggles, homophobia and other, this is not it. Sadly its pure fantasy. Mr. Levithan is an editor at knopf who was looking for the "Dream Novel" to publish. Well after a long time of waiting he decided to write his own DREAM NOVEL. This is it. Hopefully one day it won't be jest fantasy, it'll be a realty for all who will grow up with this novel. I hope one day it will be like this in all high schools. [...]

Published by Thriftbooks.com User , 17 years ago
i originally picked up this book in the shop just because i liked the cover, but i ended up staying up late to finish it. i was hooked from the second page and since then i've read it countless times! the town Paul - the main character - lives in is something of a fairytale place, the kind of place most people -me included - would like to live in, or even just like to exist. It's a place where tolerance is everything, in and out of high school, where the schools star quarterback is also the homecoming queen and the Gay-Straight Alliance attracts more members the the hockey team. so, it edges on the unrealistic, who cares? it's a feelgood book, that will have you smiling to yourself all day when you have finsihed it. not to say it's all smiles, i nearly cried at one point, but the resolution is great and - without giving anything away, the ending rocked. a lot. Levithan's rich and colourful storytelling made me feel like i knew all the characters well, even if he only mentions a little about them. This book should be standard year 8/9 classroom reading material, and i would reccommend it to anyone - young or old, straight or gay - who wants an uplifting and insightful love story. go on, read it!

Published by Thriftbooks.com User , 17 years ago
Let me start by saying that I am not a big fan of most gay fiction. Personally, I'm tired of stories which insist on revolving around either coming out or AIDS, the two topics every author in the field seems determined to address if only to exorcise their own personal demons. Well, David Levithan either dealt with those issues long ago or has, like me, had quite enough of the pontification and opted to take a different route by actually creating a novel that is entertaining! There's no denying that to enter Livithan's world, one must be prepared to suspend your disbelief for a while. It can, at first, be jarring to discover that these high schoolers live in a world where being gay is not only normal and accepted but, for the most part, not even something worth giving much thought to. But oh, what rich and wonderful characters populate the halls of Levithan's high school. Would that the world could actually be filled with the charming, witty, soulful creatures the author has created. If we lived in so perfect a world, Levithan's work would be required reading in every classroom, perhaps allowing everyone to see that love is love, no matter with whom it is shared. Want a read that will leave you charmed and - dare I say it? - swooning? Pick this up immediately. Better yet, pick up two copies, because this is the kind of book you'll want to share with friends, although you won't even consider letting your copy stray far from home which is, after all, where the heart lives.

Published by Thriftbooks.com User , 18 years ago
Pure and simple this book is a fantasy book. It is a book that takes every gay or lesbian "what-if-my-school-was-like" and rolls it all up into one very engaging and humourus story. In the center of everything there is 15-year-old Paul. Has has known that he was gay every since kindergarden when his teacher told him so. But where Paul lives it is not only acceptable to be gay, but most of the town is. As we follow Paul throughout the turbulent month of November, he takes as on an incredible journey of friendship, self-discovery, and acceptance. This book reads like Gilmore Girls on Steroids... At one moment, you can't help but to drop the book because you are laughing so hard, the next moment your face turns all red and your excited, and the next page your starting to tear up. The characters are real, yet they may feel like cartoons at times: Infinite Darlene ('nuf said if you read the book). This is a wonderful book, and a great read for anybody. But I do have to tell that it is a fantasy... it is what people would hope the world will be like, but to contrast this "whimsical" place (as the author discribes it), there is a neighboring town, and is not very libral, and is where much of the acceptance plays a part.

What A Wonderful Book!

Published by Thriftbooks.com User , 19 years ago
Sometimes you can judge a book by its cover. Remember those tiny valentine candies with words on them? Three of those candy hearts with "boy" "meets" "boy" on them adorn the cover of David Levithan's gentle, sweet novel about Paul, a gay sophomore in high school and his friends. You can hardly call this a coming out novel since Paul, who is also the narrator, was outed by his kindergarten teacher when she wrote on his report card: "Paul is definitely gay and has very good sense of self." He ran for and was elected class president in the third grade on an openly gay ticket. In eighth grade Paul saw PRISCILLA, QUEEN OF THE DESERT, and he met his good friend Tony at the Strand Book Store as they both were looking for a used copy of THE LOST LANGUAGE OF CRANES. One of Paul's friends in high school is a drag queen/homecoming queen/star quarterback who is faced with the real dilemma of how the homecoming queen can introduce herself/himself as quarterback at a pep rally. Cheerleaders ride motorcycles. Because of the National Boy Scouts' stand on gays, the local chapter has disbanded and is now an organization called "Joy Scouts." P-FLAG is more important than the PTA. The land of Oz? Maybe. Tony's parents may come as close to being wicked witches as anyone in this almost perfect world the author creates since they are fundamentalists who only let him study with Paul in their kitchen in plain sight of them.The shy Mr. Levithan-- even when you go to his website, you don't learn a lot about him-- has written a seamless beautiful novel about a lucky, well-adjusted gay adolescent. In describing something he saw on television about a teen football player who had died in an auto accident, Paul remembers that some of his "big hulking" friends were in tears because they had loved him so much. "I started crying, too, and I wondered if these guys had told the football player they loved him while he was alive, or whether it was only with death that this strange word, love, could be used. I vowed then and there that I would never hesitate to speak up to the people I loved. They deserved to know they gave meaning to my life. They deserved to know I thought the world of them." Wouldn't a son like that warm any parent's heart?The book closes-- and I have not given away the plot by any means-- with Paul thinking to himself: "What a wonderful world." What a wonderful book! 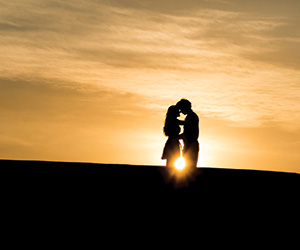 Call it fantasy or aspirational but these couples have relationships we want.