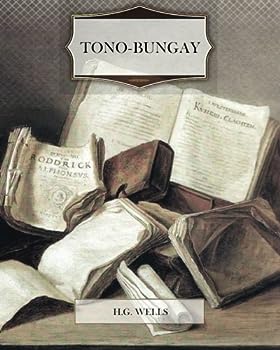 This anthology is a thorough introduction to classic literature for those who have not yet experienced these literary masterworks. For those who have known and loved these works in the past, this is an invitation to reunite with old friends in a fresh new format. From Shakespeare's finesse to Oscar Wilde's wit, this unique collection brings together works as diverse and influential as The Pilgrim's Progress and Othello. As an anthology that invites...

The Wells you should know

Published by Thriftbooks.com User , 14 years ago
This book is completely modern, maybe because Wells always seemed to have one foot in the future and one in the past. He had a good feel for the scope of history past and history to be made. But it should also be pointed out what a fine writer and stylist Wells was. The book is beautifully written. The prose flows. I always loved this about his works of Science Fiction, the ones most people know about, but it is even more apparent in this mature work of literature. Read Tono Bungay for the music of his words, as well as the truth of the emotions, and the intelligence of the ideas. Like Jules Verne, who also wrote more than his well-known Science Fiction works, Wells really needs to be re-discovered as a fine general novelist. Reading Tono Bungay was my first step in that re-discovery. Now I'm off to read others.

A novel for our time

Published by Thriftbooks.com User , 16 years ago
This amazing novel could have been written today, except for the wonderful Edwardian style and language. The story of a rags-to-riches advertising fraud sounds quite the contemporary tone. Edward Ponderevo runs a chemist's shop in the Victorian equivalent of Vic and Sade's Dismal Seepage, Ohio. The idea strikes him to add coloring and flavor to a bottle of junk and market it as a miracle drug, Tono-Bungay. Before long, other quacks jump onto his bandwagon and he rises in society and prestige. Part of Wells' genius lay in foreseeing the future: he has the narrator, poor, "ruined" George, go out on a leaky sailing vessel to west Africa in search of radioactive "quap," some stuff that will turn the world on its head, as indeed uranium did, later. He even describes this "quap" as deriving from pitchblende, as uranium does! He also plays with aeronautical inventions such as gliders and balloons, and our anti-hero ends up designing destroyers for the Royal Navy. The love interest, Beatrice (pace, Dante), is unattainable, not because of the usual Victorian claptrap about class or modesty, but because she's addicted to "chloral," the hypnotic element of knockout drops, chloral hydrate. Some of the love interest may have arisen from Wells' romance with Rebecca West, quite a looker in her younger days; (their affair produced a son, Anthony West, who became an embittered old man hating both his parents). Wells wrote some great stories: "The Shape of Things to Come," which predicted air warfare although it appeared in 1899, "The War of the Worlds," and my favorite, "The Man Who Could Work Miracles," filmed in 1935 with Roland Young ("Topper") as the innocent barfly who stops time. "Tono-Bungay" is among his finest. Wells had no use for "the quality," that is, the idle rich who populated England's country houses in the 19th century. "The great houses stand in their parks still, the cottages cluster respectfully on their borders, touching their eaves with their creepers..." At tea, the great lady "acknowledged your poor tinkle of utterance with a voluminous, scornful 'Haw!' that made you want to burn her alive." She had "a small set of stereotyped remarks that constituted her entire mental range." The narrator sat uneasily on a hard chair "trying to exist, like a feeble seedling amidst great rocks." The house had a "great staircase that has never been properly descended since powder went out of fashion." When later he went to live at the home of young Beatrice and invited to play with her, he was "handed over as if I was some large variety of kitten." George grew up in the 1880s, the era of "The Good Hard-Working Man." A point of honor "was to rise at or before dawn, and then laboriously muddle about." Religion was dispensed in a dingy chapel, "a little brick-built chapel equipped with a spavined roarer of a harmonium." The larger church, "the great pre-Reformation church, [was] a fine grey shell, like some empty skull from which the life has fled." Uncle

Everything you want in Wells

Published by Thriftbooks.com User , 22 years ago
"Tono-Bungay" is an alleged tonic with dubious medical benefits; and the story is one of the brief fortunes of someone who manages to turn the worthless substance into a formidable fortune - for a while. By the time Wells wrote this novel he had already written books which might or might not be science fiction (witness "The War in the Air") and, all in all, "Ton-Bungay" probably isn't science fiction. But I should mention a substance called "quup" which is introduced towards the end of the book. (I'm not giving anything important away.) "Quup" is the first mention I know of of what we would now call radioactive waste, except that it's naturally occurring, and ... well, perhaps I should be discrete, but I can say that the scenes involving quup have a peculiar flavour which writers would find impossible to capture nowadays.So you get an excellent double deal with this book: the best of Wells's social fiction of the 1910s, plus a dollop the fresh science fiction he wrote the previous century.

Tono-Bungay Mentions in Our Blog