The Art of Happiness: A Handbook for Living
Dalai Lama XIV

The Miracle of Mindfulness: A Manual on Meditation
Thich Nhat Hanh

Radical Acceptance: Embracing Your Life With the Heart of a Buddha
Tara Brach

The Book on the Taboo Against Knowing Who You Are
Alan W. Watts

Wherever You Go, There You Are: Mindfulness Meditation in Everyday Life
Jon Kabat-Zinn

Zen and the Art of Motorcycle Maintenance
Robert M. Pirsig

Writing Down the Bones: Freeing the Writer Within
Natalie Goldberg

The Tibetan Book of Living and Dying
Sogyal Rinpoche

The Places That Scare You: A Guide to Fearlessness in Difficult Times
Pema Chödrön

What the Buddha Taught
Walpola Rahula

Peace Is Every Step: The Path of Mindfulness in Everyday Life
Thich Nhat Hanh

The Heart of the Buddha's Teaching: Transforming Suffering into Peace, Joy, and Liberation
Thich Nhat Hanh

Start Where You Are: A Guide to Compassionate Living (Shambhala Classics)
Pema Chödrön

The Wisdom of Insecurity: A Message for an Age of Anxiety
Alan W. Watts

The Art of Happiness: A Handbook for Living
Dalai Lama XIV

How to Practice: The Way to a Meaningful Life
Dalai Lama XIV

Freedom in Exile: The Autobiography of the Dalai Lama of Tibet
Dalai Lama XIV

If the Buddha Married: Creating Enduring Relationships on a Spiritual Path
Charlotte Kasl

Emotional Alchemy: How the Mind Can Heal the Heart
Tara Bennett-Goleman

Turning the Mind Into an Ally
Sakyong Mipham

Zen And the Art of Happiness
Chris Prentiss

The Universe in a Single Atom: The Convergence of Science and Spirituality
Dalai Lama XIV 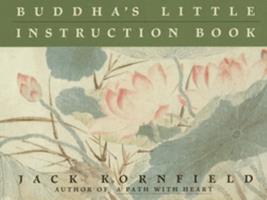 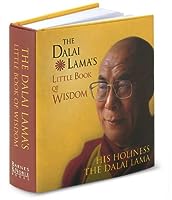 The Jew in the Lotus: A Poet's Re-Discovery of Jewish Identity in Buddhist India
Rodger Kamenetz 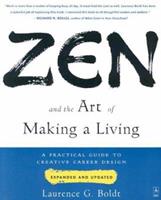 Zen and the Art of Making a Living: A Practical Guide to Creative Career Design (Arkana)
Laurence G. Boldt

How to Meditate: A Practical Guide
Kathleen McDonald

Buddhism is considered one of the major religions in the world, with approximately 470 million followers from around the world. However, some scholars, and perhaps some practitioners, do not consider Buddhism a religion at all. Because it is nontheistic, some feel it is more of a spiritual tradition or a way of life. Whether you are interested in practicing Buddhism or not, learning more about it is valuable. Several Buddhist concepts, such as karma and mindfulness, have made their way into contemporary Western culture.

How Did Buddhism Begin?

The founder of Buddhism was Siddhartha Gautama, who lived in Nepal 2,500 years ago, making Buddhism a tradition that predates Christianity by approximately 500 years. Contrary to what many non-Buddhists may mistakenly believe, "Buddha" is not a name but a title meaning "enlightened one." Many people also mistakenly think that the Buddha is worshipped as a deity. Instead, the Buddha is respected by followers and non-followers alike as a wise teacher and philosopher: an extraordinary human being, but a human nonetheless.

As a prince from a wealthy family, the Buddha was moved by the suffering of others. From the beginning, his goal was to liberate sentient beings from suffering. At first, he sought solidarity with the poor by giving up his lavish lifestyle. This failed to give him the fulfillment he sought, and he later pursued a "Middle Way" between the extremes of deprivation and indulgence.

Eventually, the Buddha gained the enlightenment he sought during meditation under a Bodhi tree following a six-year search. The insights he gained served as the basis for his teachings, known collectively as the Dharma. Buddhism books explain the Dharma in much more detail.

What Is the Basis for the Teachings of Buddhist Monks?

The most important teachings in Buddhism are the Four Noble Truths. Understanding these concepts is essential to understanding Buddhism:

What Is the Relationship Between Buddhism and Mindfulness?

According to Buddhist teachings, mindfulness is one of the steps along the Eightfold Path. A simple definition of the term is the ability of the mind to be aware of what is happening without interference or judgment. Mindfulness has evolved into a secular practice but remains a Buddhist specialty. Books on Buddhism and mindfulness offer more information on the connection between the two.

Why Is It Valuable To Study Buddhism?

Studying some of the best books on Buddhism has value whether you intend to practice it or not. Exploring new ideas and ways of thinking helps promote a better understanding of the world and other people and yourself. There is significant overlap between the philosophies of Buddhism and many different religions and spiritual traditions. Therefore, studying Buddhism books may give you unexpected insights into your faith practice or philosophical worldview that you might never have gained otherwise.