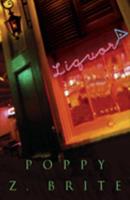 (Book #2 in the Rickey and G-Man Series)

Two line cooks decide to open their own restaurant in New Orleans in the second book in the Rickey and G-Man series by novelist Poppy Z. Brite. New Orleans natives Rickey and G-man are lifetime friends and down-and-out line cooks desperate to make a quick buck. When Rickey concocts the idea of opening a restaurant in their alcohol-loving hometown where every dish packs a spirited punch, they know they're on their way to the bank. With some wheeling...

Published by Thriftbooks.com User , 18 years ago
For some time I've hesitated writing a review of this book, for a number of reasons... Chief among them the fact that Poppy Z. Brite actually seems to take the time to read the comments people type on here (I wonder if other writers do this. If I ever hit it big I suppose I probably will too). There has been some controversy over this book, that it is a sell-out piece of trash, that it abandons her old fanbase, etcetera etcetera.First off, I'd hardly call this work a sell-out. All the old touchstones of her past work are featured here: Gays, alchohol, New Orleans, you get the idea. All that's missing is the usual blood and guts, but really, after "Exquisite Corpse", how COULD she of topped that crimson-stained abatoir of words without repeating herself? (that book even turned my stomach, and this is from a guy whose read Dennis Cooper, "American Psycho", De Sade and EVERYTHING by arch-sicko Peter Sotos). Face it, a change of pace was needed otherwise she'd just end up repeating herself, and who wants to read the same thing over and over again (William S. Burroughs, as gifted a writer as he was, sometimes fell into this trap). Furthermore, how can it be a sell-out if it's not even being published by a major publisher (and, sadly, the Barnes & Noble I work at only had two copies in stock.)Of course, I would be lying if I said that at one point I never thought such things either. I WAS very much let-down by "The Value of D", mainly because it just didn't feel like a novel and also because I just couldn't relate with the two leads. PLus there wasn't much of a plot, wasn't much momentum. Fortunetly "Liquor" does indeed feel like a novel and I like the characters a little more now. Okay, I'm still not a G-Man fan, but at least I can associate some parts of myself to Rickey, who I liked more in this one. The best character in "Liquor", though, is Lenny. If they ever turn this into a film, Saul Rubinek would be perfect to play this guy. He's unlike any character Brite has ever written, and he's really funny and likeable, despite his shady side. I like the fact that deep down he's a nice guy but he's still no saint (in fact you can say this about almost all of Brite's protagonists). Also, this book had much more momentum, it MOVED, it kept me as a reader interested in what happened. And once again New Orleans is just as important a character as the characters themselves.Regarding the goth fans who claim Brite sold out... After thinking this through I've concluded that the problem may be more in the lines of the reader projecting themselves into the author. I recall my initiation into the goth/industrial subculture a few years back. It was in college and I was into the music, the scene, the art, and the literature (of which Poppy Z. Brite was a part). One of my favorite college memories is of me huddling in my car wearing my trenchcoat every saturday night in the campus parking lot, listening to the campus radio's goth/industrail radio station while read

An Artist Can Never Stand Still

Published by Thriftbooks.com User , 18 years ago
In many ways, PZB's novels Liquor and The Value of X are analogous to the shift in the sound of the Beatles which occurred at the mid-point of their career. Those who wish to restrict PZB's writing to the more baroque style she debuted with may be a bit surprised or dismayed to learn that she has for the most part moved beyond such ornate writing. This is not a bad thing; PZB has honed her style down into an appropriate tool for relating the stories of Rickey and G-Man, and the contemporary New Orleans they live, love and work in. Liquor as a novel is immediately entrancing and, most wonderfully of all, leaves the reader more than a little impatient for the next novel in the projected trilogy (The Value of X is a prequel of sorts, and does not count as part of the trilogy). The author uses her first or second-hand knowledge of the N.O. restaurant scene and her obvious love for the Crescent City to fashion her most satisfying novel to date. Within the narrative, she manages to intertwine street madness, humor both black and benign, scenes of the day to day life of restauranteurs in New Orleans, and glimpses of the colorful history of the city itself. On a personal level, I must have nothing but pity for those who refuse to read Liquor due to the fact that it isn't a "PZB Horror Novel". Those unfortunates are denying themselves the pure pleasure of an extraordinary author who is writing at the top of her game. If you must take refuse in yet another re-reading of Lost Souls, by all means do so. Just don't leave your head in the sand so long that you fail to be entranced by Liquor and its upcoming counterparts.

A Change of Pace Is A Good Thing

Published by Thriftbooks.com User , 18 years ago
I'll admit first off that I'm a fan of Brite's, even if I haven't read a large body of her work. Drawing Blood is a personal favorite, though.Liquor is a favorite, too. It's only been out for a couple of weeks, and it only took me a couple of days to read it. Since then I've been actively searching for all the stories related to it. The stand-out feature in Liquor, other than the characters, is her amazing dialogue. She wasn't a poor writer of dialogue before, but every line stood out to me while reading Liquor. The novel is fresh and lighter than most of Brite's work, but all of the characters came out realistically, and I cared as much for them as I have for any character before. After reading it, I usually found myself aching to cook, and it's not wise to read it on an empty stomach. [Some of the dishes she writes about sound fantastic, despite the fact that I couldn't touch most of them... I'm a vegetarian.] It is a relatively quick read, and I wish it had been longer, but there is a follow-up to look forward to. Personally, I can't wait.-Jared

The Passion of the Poppy

Published by Thriftbooks.com User , 18 years ago
Poppy Z. Brite's passion for the restaurant world shines brightly in LIQUOR, but you don't have to be a fan of food writing to appreciate her loving descriptions of gourmet meals and the careful preparation and presentation that goes into them. In fact, as I've observed on more than one occasion, Poppy's descriptions of food can even make meat sound appealing to a vegetarian. (I speak from personal experience.) Lest I give the wrong impression, I should point out that LIQUOR isn't just about food. It's about people--real people and real relationships. It's also about New Orleans, though not the New Orleans that's so frequently seen through the romanticized veil of Goth. Poppy's not afraid to show her hometown as it truly is, warts and all, but it's also obvious that she's fond of those warts, perhaps even moreso than the more conventionally beautiful parts of the city. If you've read THE VALUE OF X or any of Poppy's short stories about Rickey and G-man, reading LIQUOR will be like visiting with old friends. If not, it will be like making new ones. Either way, you'll be anxiously awaiting the follow-up novel, PRIME, which is scheduled for a Spring 2005 release.

Published by Thriftbooks.com User , 18 years ago
Technically, this isn't a brand new direction, since the short novel *The Value of X* and a few stories in her recent collection, *The Devil You Know,* visited this direction before, but those were small press hardcovers (Subterranean Press, in fact), and this is a mass market trade paperback. All I can say is: excellent.(...) So much food...The plot in a nutshell, G-Man and Rickey are a couple of 27 year old best friends and lovers, who work the mean kitchens of New Orleans. After dealing with jaggoffs and jerks, Rickey gets mondo inspiration for a one-of-a-kind restaraunt that'd do great in the N'Awlins atmosphere -- Liquor, a place whose gimmick is straightforward: every dish served incorporates alcohol in some form. This novel is about the difficulties in getting said restaraunt going. What's more, it's about the challenges involved in going for your dreams and taking a stand for what you feel in important. What's more it's a novel about fear. Not the traditional 'BOO!' kind of fear, but the all too real world 'what if I'm not as good as I think I am?' terror. I once heard the notion that our fears change as we grow older. This is a novel, which demonstrates that development. Poppy Brite is the only person who could've written this novel.The characters are exceptionally drawn, the writing is honed (though passive sentences creep in once too often for my taste), and the text's flavor is at once saucy, sweet, salty and sexy.(...)This is probably Poppy Brite's best book, thus far.
Trustpilot
Copyright © 2022 Thriftbooks.com Terms of Use | Privacy Policy | Do Not Sell or Share My Personal Information | Accessibility Statement
ThriftBooks® and the ThriftBooks® logo are registered trademarks of Thrift Books Global, LLC