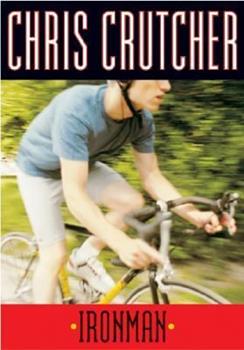 Bo has been at war with his father for as long as he can remember. The rage he feels gives him the energy as a triathlete to press his body to the limit, but it also translates into angry outbursts toward his teachers. Now dangerously close to expulsion from school, Bo has been assigned to Anger Management sessions with the school "truants." With an eclectic mix of hard-edged students, Bo may finally have to deal with his long-brewing hatred for his...

great read that stands the test of time

Published by Thriftbooks.com User , 16 years ago
i was given this book as a present from my librarian aunt when i was about 14 or so. i read it all in one sitting and read it about 3 more times that same week - two things i never do. the fact that the story isn't flawless is in part thanks to the beauty of crutcher's style which fits this story particularly well. his ability to throw in life lessons and make them work in the book's setting is amazing and the lessons have stuck with me over the years (i'm 24 now). i cannot emphasize enough how much this book meant to me as i was growing up, and even now as an adult. i would highly recommend this book as a gift for younger teens, and adults as well. a great read that gives you something to think about.

Moving book about teens with anger and/or family problems

Published by Thriftbooks.com User , 18 years ago
What a terrific book!I started this book and almost abandoned it unread, because the first three chapters were sort of disjointed and uninteresting. The "letters to Larry" parts seemed distracting. But, I had previously read another book by Chris Crutcher, and so hung in there.About the fourth chapter, everything came together. Letters to Larry were a nice additional reflection. The plot is interesting and well-done. Each character is well-defined, and is "seen" through multiple points of view. Teens (and adults) reading this book will have a renewed ability to think about others in their totality -- to consider how that person got his/her behavior, and to look at others' points of view.I believe this book will be beneficial to all teens, and especially those who are having trouble controlling their anger, or are going through difficulties or abuse in their lives -- particularly difficulties with parents and authority figures. The author, through his characters, offers advice on how to deal with anger problems.I highly recommend this book for those in the appropriate age levels.

Published by Thriftbooks.com User , 20 years ago
Title: IronmanAuthor: Chris CrutcherClassification: Young AdultPlot: Bo, who is the main character, is having trouble with his family and he is anger managment, which is a class to help him with his anger problems. While in anger managment he meets a girl named Shelly who completely changes his life. He is traning to be in Yukon Jacks, a triatholon race, and is trying to beat his competition Wyrack. Comparison: This book is kind of like "Stotan" It has basically the same genre. In each of the books schools have a group of kids competing is some sort of sporting event. The characters in both books went to a big race to compete in was swimming or a triatholon. In "Ironman" Bo writes to Larry King, a tv host, telling him what is going on in his life or the problems that he is facing. Personal Reaction: This book, "Ironman," really touched me. It just shows the different life styles people live in. Such as Bo's. His parents are divorced, he is anger managment,he has problems with his dad, and also has trouble getting along with friends at school. Shelly, who is Bo's girlfriend cares for him. Bo has never really had anyone this close to him before. It touches me because just one person completley changed the way he looks at things. I think because of Shelly Bo continued and worked really hard to compete in Yukon Jacks. On page 165 shelly, Bo's girlfriend is giving Bo his valentine she said "She had never considered loving anybody before....." To me that is showing how much Shelly really cares for Bo, and how important he is in her life. Those words on the card could have changed the way he looks at life. He realized that there is someone that really cares for him. To me this book his very touching. Reaction: This book is a great book. I loved it. It relates to some kids that I know. Some people though could get offended because it is about someone that is anger managment, and this kid that is having trouble with his dad. The language at time is pretty horific which could potentionally be a draw back.

Published by Thriftbooks.com User , 22 years ago
My first Crutcher book was Stotan!, but Ironman is definitely my favorite of all of his books. Crutcher really knows how to accuately portray a tennagers mind, and make the reader sympathize with Bo. Although I usually don't like books with males as main characters, but Chris Crutchers books, especially Ironman is one of my all time favorite books!

Published by Thriftbooks.com User , 22 years ago
This book was extremely interesting! I was so absorbed in it, that I finished it the day after I found it! I am really glad I did find it, and am sorry I even hesitated to read it in the first place. Crutcher puts you right in Bo's shoes, and you feel like you have to stand by him right until the last words.
Copyright © 2020 Thriftbooks.com Terms of Use | Privacy Policy | Do Not Sell My Personal Information | Accessibility Statement
ThriftBooks® and the ThriftBooks® logo are registered trademarks of Thrift Books Global, LLC