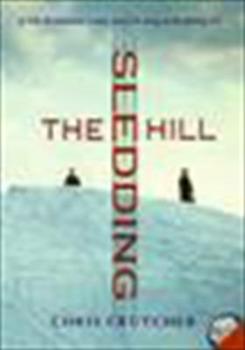 Eddie hasn't had an easy year First his father dies. Then his best friend Billy accidentally kicks a stack of Sheetrock over on himself, breaking his neck and effectively hitting tilt on his Earthgame. Eddie and Billy were inseparable. Still are. Billy isn't going to let a little thing like death stop him from hanging in there with his friend. And when Eddie faces an epic struggle with the powers that be, Billy will remain right there beside him.

THE BEST BOOK EVER!

Published by Thriftbooks.com User , 14 years ago
Has anyone tried to seize a right of yours? In the Sledding Hill, the main character, Eddie, endures this seizure, but he takes action. After his father and his best friend Billy die, he refuses to talk until he discovers a book that he could relate to. However, someone attempted to ban it. Meanwhile, Eddie receives some unexpected visits from Billy's spirit. The Sledding Hill was a great book, and I could not stop reading it, everything was happening and you cannot stop because you want to know what is going to happen next. In my opinion, Chris Chrutcher did an excellent job writing the story, because you really felt like you were there. He made everything seem so real. It was also easy to concentrate on the story; because you are so interested, the book is all you think about. I think people of all ages would like this book because it is an extremely fun book to read, and that anyone who likes funny books should read it. I would also recommend this book to both boys and girls. This is a great book!!!

Published by Thriftbooks.com User , 15 years ago
Washington State native and young adult literature veteran Chris Crutcher is no stranger to censorship. Many of his critically acclaimed novels have been persecuted for their content and use of "inappropriate language," as well as the thematically taboo nature of the stories themselves. THE SLEDDING HILL, Crutcher's latest novel, deals with the issue of censorship, and the struggle students, as well as pro-literature advocates, must undergo to ensure the right to read contemporary works. Narrated by the "spirit" of the recently deceased Billy Bartholomew, Billy tells the tale of his best friend Eddie Proffit, who in the course of three months was the first to discover the dead bodies of both his father as well as Billy. Dealing with the trauma of what happened, Eddie decides to stop speaking altogether, sheltering himself from communication with the people around him. With both his father and Billy gone, Eddie is soon pressured by a local church figure to take the plunge into 'salvation' and join the church. But alas! Billy isn't going to let something as trivial as death come between him and his best friend. With the help of Billy (or rather, his spirit?), Eddie is able to cope and come to terms with, in his eyes, what the right thing to do is. In each of Crutcher's novels, it is nearly guaranteed that at least some kind of issue is directly put into discussion and, indeed, THE SLEDDING HILL is a story of the censorship of books read by students in schools. Cleverly written, Crutcher manages to poke fun with his writing by instilling himself as the author of the controversial pseudo-novel Warren Peece (pun very much intended). Full to the absolute brim with important questions and thought-provoking answers, what else would one expect from a Chris Crutcher novel? I personally find any and all of Chris Crutcher's novels incredibly well-written, and very entertaining for the likes of a teenage attention span. The issues tackled are strongly influenced and make good discussion topics as well as a progressive voice for young ears to hear. Anyone who found the heated debates between the uber-conservative Christians and the liberal-minded protagonists from Staying Fat for Sarah Byrnes (an American Library Association Best Book for Young Adults, and highly recommended by yours truly) is sure to appreciate Crutcher's whole-hearted commitment towards all human being's rights to certain freedoms, including the right to read contemporary literature containing modern ideas, no matter how verboten they may sound. Reviewed by: Long Nguyen

Life is Hard: Some people need an aid.

Published by Thriftbooks.com User , 16 years ago
Chris Crutcher knew what he was doing when he wrote this book. I am a senior in high school and recommend this book to anyone who stands up for what they believe in. Thats exactally what Eddie Proffit did in this book with a little help from the dead narrator Billy. Okay so a dead narrator is a little weird, but the story was great. It's definately a good read.

Published by Thriftbooks.com User , 16 years ago
I began this book thinking Crutcher had finally lost it, writing about a dead person who hangs around to help out his grieving friend, but then Crutcher threw a curve and I discovered the book is about censorship. Chris Crutcher is a hero to adults who believe that the only way to edify our childeren is allow them to be free-thinking beings who can make their own determination of what is "good" or "bad" in literature or in life. The important thing is that our kids read, and if that means they have to read books like Crutcher's where if you count bad words and taboo plot topics, you will be worn out after the first chapter, then, so be it. Crutcher makes lots of good points in this novel, and I will respect the review readers out there enough to let you read the book to see what I mean. My only disappointment is that Crutcher didn't give me some publicity on page 226 when listing authors who were banned from a library in the novel. No respect. Story of my life. I recommend this book for teens who have been a part of some of the censorship battles that have been going on all over our nation, especially the last 4-5 years. I also recommend this book to teens who have no adult in their life who gives them the respect that a young adult deserves. I recommend this book for adults who fight for the rights of our teens to read what they like to read. DISCLAIMER: This book is not for everyone. There is no profanity in this book. There are, however, subtle plot references from the fictional fictional book Warren Peece that mention taboo issues which are not appropriate in the minds of those who believe solving problems can only be done by telling our youth what is righteous and moral, and never discussing any other viewpoints, or never allowing our kids to take what they have been taught at home and in life, read the offending literature, and make their own determinations based on their own rational, well thought out thoughts.
Copyright © 2020 Thriftbooks.com Terms of Use | Privacy Policy | Do Not Sell My Personal Information | Accessibility Statement
ThriftBooks® and the ThriftBooks® logo are registered trademarks of Thrift Books Global, LLC