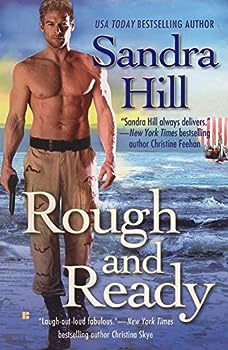 It takes nothing short of a miracle to catapult Lt. Torolf Magnusson and his team of Navy SEALs back in time to the eleventh-century Norselands. First on the agenda: destroy the evil villain who... This description may be from another edition of this product.

A Time Travel filled with love and laughter

Published by Thriftbooks.com User , 14 years ago
Navy Seal Torolf Magnusson had once been a Medieval Viking. Other members of his family had time traveled to the present as well, and though he had unsuccessfully experimented with returning to the past, he had no real desire to do so. That is until his sister Kirstin, now a Professor of ancient studies at U.C.L.A, discovers a frightening truth in a history book. Steinolf, the tyrant who had stolen their family's lands and tortured their sister Madrene, had proclaimed himself king of the Norselands after a ten year reign of terror. Their family might be safe but so many others would die. So when she poses the question, "What would you do if you could change history?" he knows what he must do. If finding a way to go back to the past wasn't a big enough problem, four of Torolf's Seal buddies insisted on accompanying him on his trip, invoking the "One for all, and all for one" clause. Although they think this time travel mumbo jumbo is a joke, they aren't about to let their teammate face a notorious tango (terrorist) alone. That is how the whole crew found themselves in a longboat replica in the middle of a Norwegian fjord one minute and capsized in the eleventh century the next. It had been five years since they'd built the dam to keep Steinolf and his brutal horde from reaching "The Sanctuary". Five years since Brunhilda "Hilda" Berdottir had led a rag tag group of beaten and abused women from Amberstead to the refuge of her grandfather's hunting lodge. They'd done just fine without men for five years, but now some of the women have decided that they want children. The last thing Hilda needed was a man, but without warning, men were what she got! They claim to have come from the future to help them rid the world of their worst enemy, but how can she believe when she's known Torolf Magnusson since childhood? Can a Dark Ages Feminist and Time Traveling Warrior come to a meeting of the minds? Together will they change the history of the world by ridding it of Steinolf? Can they resume their lives without losing a soulmate? The story doesn't end here, not by a long shot. To say more would spoil the twist, but suffice it to say there's a lot more danger, laughter, and love in store for these two. It won't be easy, but what good romance ever is? Sandra Hill is funnier than ever in her latest adventure filled time travel romance. This reviewer can't wait to see what happens next! Reviewed by Leslie Tramposch for PNR Reviews

Published by Thriftbooks.com User , 15 years ago
I love Sandra Hill as a writer and this new book did not disappoint. As a matter of fact it was exciting and fun to read. Can't wait for her new book about Pretty Boy and Big Mama. That should be as much fun as this. The only problem with these book's is that I read them so fast and have to wait so long for the next book. Keep them coming Sandra, I love them.

Published by Thriftbooks.com User , 15 years ago
I have read most of Sandra Hill's books. She is very funny and I laugh out loud when reading her books. In this book, she combines Vikings and Navy Seals. It works!

Published by Thriftbooks.com User , 15 years ago
I only wish she could write the viking series faster. A new one comes out in November or December of this year. A long time !!!!!!!!

Published by Thriftbooks.com User , 15 years ago
Lt Torolf Magnusson has decided to go back (if he can) and put a hurtin' on old Steinolf, the bad ole viking who tortured his sister and destroyed his old home. Tor has been in the SEALS for a while and he is one of those very macho hombres, who think they are invincible. HE probably is, he sounds fine and has a heart to match. Men like that are hard to find in any century. When he tells his buddies he is going on a raid, they decide to go with him. Non believe they will be going to the thirteenth century. But that old magic works once again and history here they come. They land in Norseland at an old hunting lodge that has been turned into a sanctuary for women. Hilda is a Norse Lady whose home has been captured and destroyed by Steinolf. She and a few women made it here and have settled in. The arrival of five good looking hunks comes just as they decide they need men to have children. Tor finally convinces Hilda that he has come to defeat Steinolf. They start training the women to protect themselves and Tor finds he likes Hilda a little to much, he is in trouble whenever he gets around her. As they get ready to storm Steinolf 's keep his cousins arrive with a number of long boats and sailors. As usual the action is non-stop and the laughs are too. The actions in that time and in our time are hysterical, I laugh till I cry. Then the romance is also sweet, what more can you ask for from a book. I absolutely love these stories and she can't write them fast enough. The story of Hilda and Tor is just as good or better than any of the others. As long as she writes these stories I will buy them. Do not miss this one.
Trustpilot
Copyright © 2022 Thriftbooks.com Terms of Use | Privacy Policy | Do Not Sell My Personal Information | Accessibility Statement
ThriftBooks® and the ThriftBooks® logo are registered trademarks of Thrift Books Global, LLC