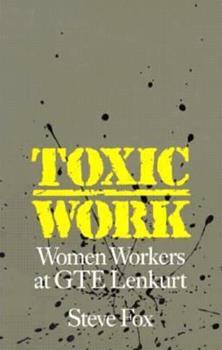 (Part of the Labor and Social Change Series)

In 1971, when General Telephone and Electric relocated its GTE Lenkurt plant to Albuquerque, New Mexico, city fathers were elated. GTE Lenkurt became the largest manufacturing employer in the state. This title uncovers more than 200 GTE workers (95 per cent of them women, 70 per cent of them Hispanic), each of them had an array of health problems.