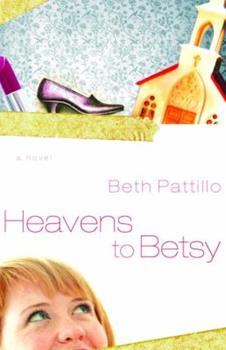 Blessed Are the Fabulous. Life would be perfect for Reverend Betsy Blessing if it weren't for parishioners who keel over during her sermons, steal money from the collection box, and set her up with ex-cons. Not to mention the very inconvenient feelings she is suddenly having for her long-time friend, fellow seminarian, and verbal sparring partner, David Swenson. It isn t until Betsy is thrust into the position of senior minister for her church, however,...

Published by Thriftbooks.com User , 15 years ago
I don't usually have favorable views of Christian fiction to be quite honest but I continously give it a shot. Its probably because I am a woman who will read anything that she gets her hands on but I am a Christian and pray that someday I will find a voice that I am looking for within it. I also just love good chick-lit but chick lit that is just good and not just filling a new found market is kind of hard to find. So finding a GOOD CHRISTIAN chick-lit book is quite refreshing. When I read Heavens to Betsy, I laughed so hard that i cried. I have recently discerned a call into ordained ministry myself as a woman i find it refreshing to find a book in which a woman is a minister, not just falling in love with one. I also found it hilarious the way Betsy's story did not seem too different from the underlying truths of my own call story as well. While Betsy does fall in love with another minister, I appreciated the way the issues were presented in the book. I have read too much Christian fiction that had an anti-feminist edge to it, which made me cringe. However this book seemed to embody alot of feminism and alot of humor underneath it all! It also exposed truths about the realities of working in the ministry as well. This book made Christian fiction seem more acessible to someone who grew up with a background that is biblically centered but not at all conservatively centered. Kudos to Beth Pattillo!

Published by Thriftbooks.com User , 16 years ago
It's not easy for a woman who enters a realm normally occupied by men. Just ask Betsy Blessing and she'll emphatically agree. But Betsy faces a particularly difficult situation-she's an ordained minister. Not only that, she's assistant pastor at Church of the Shepherd, an old church of mostly old folks and governed by a group of crusty and cantankerous board members. Betsy is also single. And of course she is subjected to the match-making efforts of her friends. On the other hand, after suffering through these impossible "dates" one wonders if her friends aren't enemies in disguise. The real fun starts when Betsy must step in to fill the pulpit for the ailing senior minister. Now she has all the responsibilities of being senior minister, but none of the respect that goes along with it. A leaking baptistery, money disappearing from the collection box, and disapproval of her association with David Swenson, pastor of a "rival" church, will keep you totally entertained. When her best friend decides Betsy needs a make-over, televised for the whole world to see, the results are disastrously hysterical. Her congregation does not approve of the `new' Betsy. You'll laugh out loud as you follow Betsy through the struggle not only with her congregation, but with herself. She deals with a past she's not proud of, her awakening feelings for David, who up to now has just been a friend and sparring partner, and her relationship with God. You'll love Betsy - she's delightfully human, and this is a fun romp through the life of a lady preacher who finally comes to terms with who she really is. And the author, Beth Pattillo, is herself an ordained minister, which lends credibility to this brisk, fast-paced read. Peggy Phifer ©2005

A Smooth Combination of Inspirational-Chick Lit!!!

Published by Thriftbooks.com User , 16 years ago
Ms. Pattillo has penned a very entertaining, but moving story with the main character Betsy, an ordained minister who is just like the rest of us, struggling with insecurities, looking for love, and dealing with life's everyday issues. Betsy doesn't think that preaching the word of God is her true calling. At least she hasn't found "bliss" in doing this. Truth is she's been fired from one church, and is now just a mere fill-in until the retiring minister can be replaced. On top of that her best friend David is now making her feel things best friends just shouldn't feel. It's over popcorn that she comes to the realization that she loves him and wants him for her very own. But, does she have the faith and the courage to go for what she wants, or will she play it safe? Betsy is a wonderful character and Ms. Patillo has done a wonderful job conveying that Ministers are people too. Ms. Patillo has deftly woven a story that will pull the reader in just too see what Betsy will do. The ensemble cast of secondary characters is great addition to this page turning read. I look forward to the next in this series. Will Betsy get her man and finally walk down the isle, and more importantly will she stay with the ministry or will she try her had at being a lawyer??? Official Reviewer for Romance Designs

Published by Thriftbooks.com User , 16 years ago
Beth Pattillo has created a funny, compassionate and romantic story with Heavens to Betsy. Being young, single and full of self doubt, Associate Reverend Betsy Blessings has all the same trials and tribulations of any young career women. The book gives some interesting insight into the lives of those who have chosen to be involved in the church without being patronizing. I would probably go more often if I ever found a church with a minister like Betsy. This book was a really fun, light read. I highly recommend it to anyone looking for something a bit different in a romance genre.

Published by Thriftbooks.com User , 16 years ago
In Nashville, thirty years old Associate Reverend Betsy Blessing is planning to tell the congregation at the Church of the Shepard that she is quitting the pulpit though she remains a staunch believer. Her problem is not doubts, but fear of failure letting down the Congregation. Betsy believes the most difficult task will be to tell her two best friends, Reverends David Swenson and Laronda Mason. Betsy and David go to a movie together as friends when he reaches over to grab her popcorn and touches her thigh instead. She feels the electricity of his touch and reassess how she feels about her friend. However, Betsy vows not to act on her sudden attraction for David because she believes two reverends in a family always lead to divorce as neither has the time to provide full emotional support to the other. When Reverend Black decides to retire, Betsy takes over the ministry, but besides her fears of failing her flock she fears her feelings for David have grown deeper; could he be falling for her too? This chick lit goes pulpit is an entertaining contemporary romance starring a likable protagonist who provides a deep understanding into the lifestyle of a reverend. The friendship turning romance will remind the audience of that Bonnie Riatt hit song and the barbs between the pair are amusing but also show how supportive they are of one another. Though her conversion from the queen of frump to enlightened looks seems a stretch, readers will appreciate this insightful look at the romance of two reverends. Harriet Klausner
Copyright © 2020 Thriftbooks.com Terms of Use | Privacy Policy | Do Not Sell My Personal Information | Accessibility Statement
ThriftBooks® and the ThriftBooks® logo are registered trademarks of Thrift Books Global, LLC