Strange tales of future worlds and alternate history; giant bugs hell-bent on galactic domination; robots cold and calculating, all set against a backdrop of the unplumbed void of space. Starting in the 1920s magazines dedicated to such fiction captivated readers young and old. Fantastic stories coupled with groundbreaking artwork filling their pages launched the careers of many writers and illustrators. Imaginations were fired, and horrified, by the limitless possibilities, both future and past, presented in this new class of literature called pulp science fiction magazines. 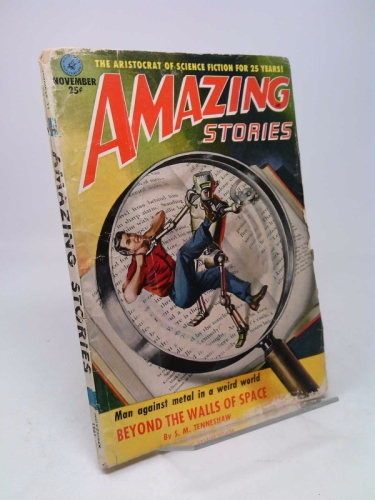 In 1926 the launch of Amazing Stories introduced a new genre of science fiction in the form of a pulp magazine. Within a decade there were many such publications which differed from 'slick magazines' because they were printed on paper of lower quality, and less glossy. The physical appearance was not the only difference. New writers such as Isaac Asimov and Robert A. Heinlein were mixing hard sciences with sociology, creating space operas, and adding humor and satire where it had previously been considered out of place. Writers who submitted stories for publication were often paid one-half cent per word, leading them to expound at great length upon the new and fantastic worlds they were creating. One particularly verbose writer who got his start in the early 1930s writing for the pulp magazine Thrilling Adventures was L. Ron Hubbard, who would go on to publish his seminal work, Dianetics, in 1950. The low compensation rates also impacted the quality of early illustrations for pulp science fiction magazines.

Let's take a brief look at some of the trend-setting pulp science fiction magazines which are well remembered, and highly valued, today. 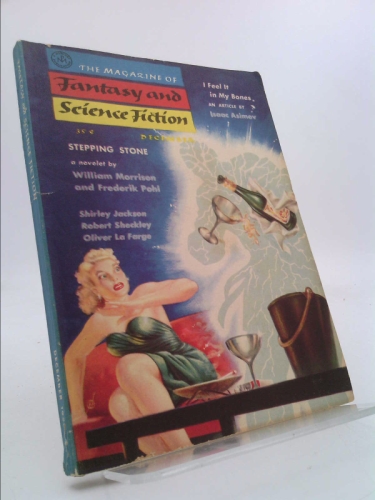 The Magazine of Fantasy & Science Fiction

Publication began in 1949 as a scientific version of Ellery Queen's Mystery Magazine. Early authors include Richard Matheson (I Am Legend), Ward Moore (Bring the Jubilee), and Robert A. Heinlein (Stranger in a Strange Land). A noteworthy illustrator for F&SF, as it is popularly known, was George Salter. Perhaps the most famous contemporary contributor to the magazine was Stephen King, who initially published his The Dark Tower series in F&SF. Considered "the most consistently enjoyable magazine of the last 50 years," The Magazine of Fantasy & Science Fiction enjoys wide publication today. 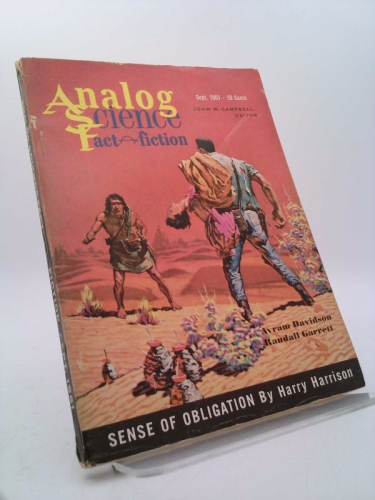 This magazine went through several different versions of a title, starting in January of 1930. The original publisher went bankrupt in 1933, and under new ownership, and with a new title, Analog Science Fiction and Fact was soon the leading magazine in the pulp science fiction field, publishing stories such as Jack Williamson's Legion of Space and John W. Campbell's "Twilight." As you will see with many of these early pulp science fiction magazines, Heinlein and Asimov were also contributors. Starting in 2017 the publication became bi-monthly.

Though not among the highest tier of American science fiction pulp magazines, If had a dedicated following, and consistently won the Hugo Award each year from 1966 to 1968. Harlan Ellison (I Have No Mouth and I Must Scream), Larry Niven (Ringworld), and Andrew J. Offutt (Conan: The Sword of Skelos) were the most prominent contributors of material to the magazine. The popularity of the magazine declined, and in December of 1974 If was combined with Galaxy Science Fiction magazine. Although, a single edition of If magazine was published in 1986 as an attempted revival. 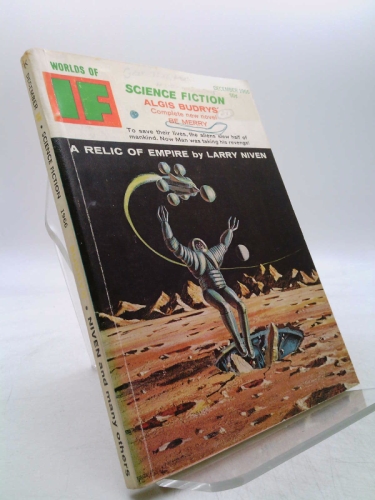 A unique attempt by a French publisher to break into the American market for pulp science fiction magazines, Galaxy Science Fiction was published for a short thirty-year run starting in 1950. Most famous for their ability to attract significant writers, many works considered canon of the science fiction and fantasy genre were first published here. The short story "The Fireman," which was later expanded by its author, Ray Bradbury, into Fahrenheit 451, first saw the light of day as a submission to Galaxy Science Fiction magazine. Among others were Alfred Bester (The Stars My Destination), Jack Vance (The Dying Earth), and Robert Silverberg (Nightwings). A leading magazine in the field, with profound influence on the genre, Galaxy Science Fiction magazine is often credited with starting the "new wave" of science fiction writing which emerged in the 1960s.

A short-lived example of pulp science fiction was Astonishing Stories. Notorious for the low amount paid for submissions, during the three years of publication, from 1940 to 1943, the magazine nevertheless was able to attract serious work. Damon Knight, whose work would later appear on the television program The Twilight Zone, was a frequent contributor, as was the British writer John Russell Fearn. Robert Bloch, most famous for his novel, Psycho, was a late contributor to Astonishing Stories.

For lovers of science fiction, fantasy, and fascinating short stories, these early pulp magazines are a cornucopia of delight. Though difficult to find, the content of the written words, combined with the lurid creativity of the associated artwork, make these publications a treasured resource.