Best known for his works Fahrenheit 451, The Illustrated Man, and The Martian Chronicles, Ray Bradbury is one of America's most highly regarded and successful novelists, short story writers, essayists, playwrights, and screenwriters. Also a poet, Ray Douglas Bradbury was born in Illinois in 1920 and raised in Los Angeles, where he ended his formal education by graduating from high school. Bradbury, who died in 2012, published more than thirty books, close to 600 short stories, and numerous poems, essays, and plays. He adapted sixty-five of those stories for television's anthology Ray Bradbury Theater. Many of his works have been adapted into comic books, films, and television shows (including the 100th episode of The Twilight Zone). Internationally renowned for his science fiction, he never learned to drive a car. Bradbury's many honors include the National Medal of Arts, the O. Henry Memorial Award, the World Fantasy Award for Lifetime Achievement, the Grand Master Award from the Science Fiction Writers of America, and the National Book Foundation Medal for Distinguished Contribution to American Letters. Additionally, an asteroid has been named in his honor, Apollo 15 astronauts named a moon crater "Dandelion Crater" after his book Dandelion Wine, and he has a star on the Hollywood Walk of Fame.

Something Wicked This Way Comes

Zen in the Art of Writing

From the dust returned

I Sing the Body Electric!

A Sound of Thunder and Other Stories

Death is a Lonely Business

The Stories of Ray Bradbury

Bradbury Stories: 100 of His Most Celebrated Tales

The Golden Apples of the Sun 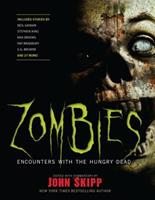 Zombies Encounters With The Hungry Dead

A Graveyard for Lunatics: Another Tale of Two Cities

R is for Rocket