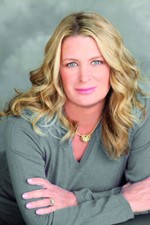 Kristin Hannah — A Californian by birth and transplant to our back yard, the Pacific North West, Hannah had made the author's "A" list several years ago in 2009 with Firefly Lane in later, again with Winter Garden. That was before this year and the mega-hit The Nightingle. Using many of the raw materials of a romance novelist (strong female characters and relationships, set in the past, etc. ...) Kristin develops fiction that transcends a pigeon hole and finds instant appeal across many different reading tastes.

Jennifer Niven — has to be close to the top of the Teen / Young Adult author list with a bibliography that goes well beyond the confines of teen literature. All the Bright Places couldn't be a more perfect coming of age novel, boiling down to a tale about a girl that learns to live by hanging out with a boy who intends to die. Amazing book, yes, but Jennifer's Velva Jean series is what really wins her a place in this list. World War II "daring do" doesn't seem like the most fertile subject matter for Teen heroines but everything she's written in this series is bang on.

Eric Carle — could make this list on the strength of one book. The 1969 classic The Very Hungry Caterpillar is a pinnacle in the literature of the very young. Translated into more than 60 languages worldwide, this book epitomizes Carle's style of illustration married so successfully to text that puts him up there with the likes of Dr. Seuss. This year Eric published The Nonsense Show which, as the title suggests, challenges the set order of things and between his words and pictures allows even our youngest book lovers to be introduced to the concept of surrealism. 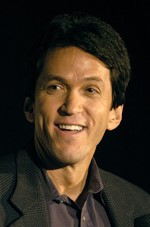 Mitch Albom — Few authors, regardless of genre, have reached the stature of Mitch Albom and Tuesdays with Morrie carved out a place beyond the confines of the "self-help" book. Much of Albom's appeal comes not just from the ambiguity between his message and his background as a sports writer (no knock on the spirituality of Sports writers,) but also a pervading humbleness when it comes to the master / pupil relationship. This and an abiding passion for music and performance are all in evidence when it comes to Albom's 2015 release The Magic Strings of Frankie Presto: A Novel. If you can get past the title you're in for a treat as Albom takes us on a Gump-like ride through imagined relationships with some of the defining musical voices of the last 100 years. This work burrows into the very meaning of achievement and harmony. 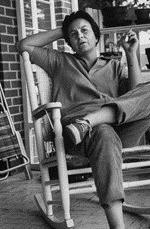 Harper Lee — Go Set a Watchman did not get perfect press at release and some of the audience reaction was distinctly luke-warm, so why would we include her on this list? Much of the audience and critical angst comes from coming to terms with some clay feet attached to the most sacred characters in These are two inimitable works.twentieth century literature, and one can't help feeling that, collectively, we're re-assessing the peerless position that we hold the great mockingbird in. When we look at the subject matter and the progress, or lack thereof, the real world has made in that direction this year; a leavened perspective over the span of more than 50 years is perfect. These are two inimitable works.

John Krakauer — Has this man ever written anything that someone hasn't refuted or taken offence to? If you deal with the extreme, driven subject matter and real-life and death situations, that's probably to be expected. Krakauer continues to court controversy, with the 2015 release of his latest, Missoula: Rape and the Justice System in a College Town. This, like everything John writes, is not comfortable subject matter, but there's a relentless pursuit of revealing a personal perspective in all of his "hold your breath" books that speaks to the drive of the mountaineer that he is.

Thrift Books Editors' Choice Awards: 2015
2015 Man Booker Prize: the shortlist is up
Your Oscars Reading List: the Books behind the 2016 Nominees
Previous Post
Next Post
Copyright © 2020 Thriftbooks.com Terms of Use | Privacy Policy | Do Not Sell My Personal Information | Accessibility Statement
ThriftBooks® and the ThriftBooks® logo are registered trademarks of Thrift Books Global, LLC