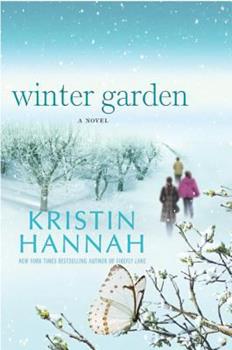 "Can a woman ever really know herself if she doesn't know her mother? """"From the author of the smash-hit bestseller "Firefly Lane "and "True Colors "comes a powerful, heartbreaking novel that illuminates the intricate mother-daughter bond and explores the enduring links between the present and the past """""Meredith and Nina Whitson are as different as sisters can be. One stayed at home to raise her children and manage the family apple orchard;...

can not put down this book

Published by language of letting go. , 18 days ago
wonderful story. must read.

Powerful story with romance and heartbreaks but , bonds mother and daughters .

Published by Sara , 22 days ago
It was hard to put down and I cried and smiled! A story that brings mother and daughters together with love and understanding. Daughters who thought their mother was unfeeling sbd disconnected come to realize they were so wrong . It

Published by Beth J , 1 year ago
I am 142 pages in and I am bored. I loved the Nightingale and was so excited for this book. At this point, I am flipping forward to find the section where her mother talks about her past hoping it will get better. So far, very disappointed.

I love a good curve ball

Published by Whitney O’Neal , 1 year ago
This book had me crying in some parts. The story of the mother was a curve ball to me but it was well told. This book didn’t disappoint whatsoever.

Her words put me there.

Published by Whisper Lady , 1 year ago
Amazed how the author could both write words to put you in the 900 day siege of Leningrad and also feel what it was like to live it.

Published by Thriftbooks.com User , 2 years ago
Disappointed in the condition of this book labeled as good....spine is ripped

Published by Thriftbooks.com User , 11 years ago
I've read probably most all of Kristin Hannah's books, & I'd have to say this is my absolute favorite!! I finished it last night, but I think it's going to be haunting me for a while, especially because of how it reminded me of my Grandma. As some reviewers have said, the book starts off kind of slow, but not so slow that I wanted to stop reading it. I don't have patience for long boring books, & I never once wanted to give up on this. Once the story got really going I had a hard time putting it down!! It's a story about two sisters & their relationship with their cold & seemingly uncaring Mother. When you hear the whole story, especially the story's ending, you will see why the Mother is so closed off to her daughters, not that it made it right, but I understood how her life's experiences could cause her to be so distant with her daughters, but still be loving toward her husband. At least these two sisters had each other & felt loved & cared for by their Father, but that still didn't stop them from trying to gain love from their Mother as children. Before he died their Father told them that they had to get their Mother to tell them the ending to the fairy tale which she had been telling thru their childhood. Once they finally heard it all, they started looking back on things & could see why Anya, their Mother, had reacted as she did to different situations in their childhood. As a lot of reviewers have said, the ending just ties up too neat & perfect. I read the interview with the author & that gave me an insight as to why she ended it as she did, & also an alternate ending that she'd had in mind. I think another reason that I loved this story was because of how much the young Anya reminded me of my beloved Grandmother who also had to be strong & keep her family together in Europe during World War 2. Thankfully Grandma didn't become closed off like Anya did, but she was a good strong woman as Anya was, & a great cook!

Requires some patience for the first half

Published by Thriftbooks.com User , 11 years ago
...but don't give up on it. I'm glad I listened to that advice from another reviewer as I might have put it down myself. The first half lays the groundwork of the familial relationships between the main characters. Sometimes the reader will get impatient with the flawed characters, as it seems drawn out at times, therefore 4-1/2 stars from me. It is not a happy or feel good type of read. It is sad, heartbreaking, and captivating. There have been many novels lately that flip back and forth between the past and the present, many revolving around wartime. Personally I like that, it is like reading two novels in one. We have seen this in Shanghai Girls, on the Corner of Bitter and Sweet, Whiskey Island, and countless others. This one gives us an intimate look at Leningrad survivors in the Russian/German war. It varies in the fact that the past is presented as a fairy tale by the Russian mother of two American born daughters. All three are strong-willed and feeling incomplete and do not relate well to each other. As adults, grief unites them and a death-bed promise forces them to face and come to know each other as well as themselves. It starts as the two young daughters Meredith and Nina fail time and again in seeking affection from their cold, distant mother. When they were young their mother would tell them this fairy tale at night, practically the only communication they had between them at the time. It mesmerized them, leaving them wanting more, but the story telling stopped suddenly and does not continue until their adulthood when circumstances brings about the completion of the tale. In actuality the "fairy tale" is the story of their mother's young life in Russia. This tale is the highlight of this novel, and as we move into the second half, this is where the reader gets drawn in as we get more of the story of young Anya and all we've wondered about is brought to light. The author did a wonderful job of evoking every emotion from a mothers and a daughters perspective. The description of war-torn Leningrad is something I won't easily forget. It is atrocious how often it happened in wartime that foreign armies separated children from their parents, and how unfathomly emotional that separation had to be for parent and child...just one aspect of war. I cannot even imagine a hunger so bad, or cold that is so harsh that the children could hardly open their frozen eyelids without bleeding.... and the strength required to get through it all. Most did not. My heart broke and real tears streamed down my face at this mothers plight to save her children, from the hunger, the cold, the war... reminding us once again that war is the ugliest atrocity that mankind has brought upon itself in its quest for power. In the present day story, the visit to Alaska by the three women, the look at Sitka and the history there, and the ending of the novel was extremely satisfying. Even the title is perfect, Winter Garden. It is one of those novels that you

Winter Garden Mentions in Our Blog 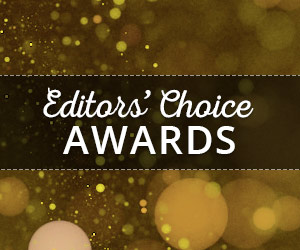