Johanna Lindsey was born in 1952 in Germany where her father was stationed with the U.S. Army. Beginning with her first historical romance published in 1977, Lindsey's books have found popular success. More than sixty million of her nearly fifty books have sold worldwide, with translations in twelve languages. She lives in New England.

Say You Love Me

The Magic of You

No Choice But Seduction

Captive of My Desires

Marry Me by Sundown

Make me love you

Prisoner of my desire

Man of my dreams

One Heart to Win

Wildfire In His Arms 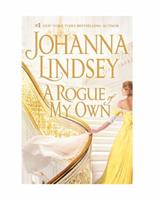 A Rogue of My Own

The Devil Who Tamed Her

Heart of a Warrior

of 3
Copyright © 2022 Thriftbooks.com Terms of Use | Privacy Policy | Do Not Sell My Personal Information | Accessibility Statement
ThriftBooks® and the ThriftBooks® logo are registered trademarks of Thrift Books Global, LLC