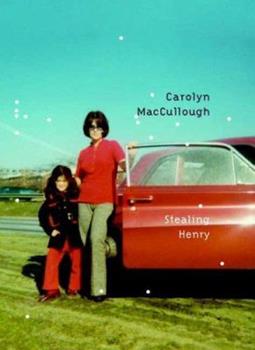 "The night Savannah brains her stepfather with the frying pan is the night she decides to leave home for good."Fleeing from her stepfather's wrath, Savannah and her half brother, Henry, travel north toward their mother Alice's childhood home. As the runaways embark upon their journey, another story begins to unfold: glimpses of Alice as a teenager, caught in poignant first love and completely anaware of all the consequences love can carry.

Published by Thriftbooks.com User , 11 years ago
The night Savannah brains her stepfather Jack with the frying pan is the night she decides to leave home for good. It doesn't matter that she has no money and her eight-year-old brother Henry to take care of. It doesn't even matter that her stepfather will probably follow them. Savannah can stand a few obstacles as well as she can a slap or two. What she can't stand is the idea of becoming like her mother Alice. Alice used to be someone Savannah admired, someone she could look up to. But that was another life when Alice was still looking for her own future and finding nothing she expected. Savannah's life wasn't always about listening before entering a room and not making eye contact or talking back. Her childhood homes could fill a road atlas. Savannah and Alice traveled all across the country before the fateful day their car broke down and the party stopped for good. Savannah and Henry are journeying to a house they've never seen. Eighteen years ago certain events conspired to drive Alice to leave that same house for good; events that would eventually determine the course of both Alice and Savannah's lives in Stealing Henry (2005) by Carolyn MacCullough. Stealing Henry draws readers in right from the beginning with a shocking opening line and a truly evocative cover (designed by Rodrigo Corral--the mastermind behind the US covers for the Uglies series). Nothing about Savannah's life is easy and it's simple to assume reading about her won't be either. But the opposite is true. MacCullough's lyrical prose pulls readers in, quickly making Savannah and her unreal life completely believable. Even passing scenes of the local emergency room, Alice's current place of employ, are skillfully written with a high degree of authenticity. Everything about this story is evocative and compelling. I read Stealing Henry shortly after the van incident and a generally not peaceful time in my own life. Reading about Savannah and her own journey was somehow entirely appropriate for that situation and often comforting. Much like MacCullough's later novels, this story is always optimistic. Even at her lowest, Savannah remains hopeful; the writing itself becoming both peaceful and reassuring. Possible Pairings: How to (un)Cage a Girl by Francesca Lia Block, The Secret Life of Prince Charming by Deb Caletti, The Great Gatsby by F. Scott Fitzgerald, North of Beautiful by Justina Chen Headley, The Bride's Farewell by Meg Rosoff, Little Voice by Sara Bareilles (music album)

Poetry on every page.

Published by Thriftbooks.com User , 16 years ago
As in her first novel, Falling Through Darkness, MacCullough has crafted a beautiful novel with prose that sings. Her characters are vivid, the dialogue pitch perfect, the situation very real, and the resolution hopeful but realistic. All in all this is a terrific read from a very talented writer. I look forward to her other books.

Published by Thriftbooks.com User , 16 years ago
Does running away get you any closer to finding yourself? For the first nine years of her life, Savannah had her young mother Alice all to herself. They were close and carefree as they traveled across the USA, living somewhere for a little while, until the itch to move had to be scratched again. Savannah does not know who her father is, but that's okay with her. Their family of two suits her just fine. During Savannah's childhood, Alice went through a string of boyfriends. However, as Savannah is about to cross over into double digits, Alice falls for Jack. They get married, have a little boy, and plan roots. Suddenly, the family has doubled in size. The road trips end - and the abuse begins. Jack likes to drink. He does not seem to like Savannah. By the time Savannah is in high school, her stepfather has lost his job, her mother has lost the spark she once had, and her half-brother Henry has learned to listen in doorways before coming in the room, for fear of walking in on an argument. One night in the kitchen, it becomes too much for Savannah. She hits Jack with a pan (not to kill him but to knock him out), tells Henry to pack some things, takes the car keys and leaves with her little brother in tow. Stealing Henry is more than what the title implies. It is about family and about survival. The story impressively alternates between present day, following Savannah's attempt at escape, and 1986, when Savannah's mother was a teenager. The modern part of the story takes place over a matter of days, keeping up with the swift pace of Savannah and Henry as they go across the country. The characters and the stories they tell are memorable. The dialogue is realistic, especially that spoken by Savannah, who doesn't hold back. She is remarkably selfless. Her love for her brother and her mother shines in everything she does. When Savannah realizes that her mother is not who she once was, the revelation alone is heartbreaking, but the writing makes it even moreso. I highly recommend Stealing Henry, especially to those who love books by Sarah Dessen and Melissa Lion. Those who enjoyed Falling Through Darkness, Carolyn MacCullough's first novel, will not be disappointed by Stealing Henry. In fact, they may enjoy Stealing Henry even more. I know I did.

Published by Thriftbooks.com User , 16 years ago
Like "Falling Through Darkness," MacCullough's first book, "Stealing Henry" mixes fascinating characters with a touch of suspense. I just couldn't put this book down. The plot shifts between Savannah's flight from her abusive stepfather and the story of Savannah's mother's doomed first love. The characters are complex and appealing, and you can't help but be drawn into their lives. You find yourself rooting for Savannah the whole way, terrified for her when her stepfather seems to have tracked her down and crossing your fingers that her friends and extended family will protect her. A fantastic novel! Highly recommended.

Published by Thriftbooks.com User , 16 years ago
"The night Savannah brains her stepfather with the frying pan is the night she decides to leave home for good." "Counting the cars on the New Jersey Turnpike They've all come to look for America." --Paul Simon It was slightly cool and very dark at five-fifteen. I slipped out the back door, wearing the backpack, carrying the rest, breathing in that dried pine needle scent, feeling my way step by step to the carport. Silently, I loaded everything into the pickup before hopping in, turning the key, and shattering the quiet. A minute later I was cruising down the winding main road, accompanied by Elizabeth Reed, headed in the direction of Truckee. At five thousand feet there are still dirty mounds of snow alongside the road, cleaner accumulations in the adjoining woods. An hour later the sky had become light, revealing rows of snow- and evergreen-covered mountains stretching to the horizon, one of the closer ones scarred by a few long white gashes down the side which are ski runs. Joining up with Interstate 80, I occasionally passed an eighteen-wheeler but otherwise had sole possession of the road. At Donner Pass I glanced over my shoulder at the long, dark lake, the wooden tunnels over the railroad tracks, and the rush of spring melt over a cliff. Descending from the mountains the drifts change from snow to housing developments outside Sacramento; the accumulations there are of drivers on the road. Two hours on the Interstate and I veered off into the hills south of Napa. A handful of stately wineries punctuate the miles of vineyard trellises pulled tight like the warp on a loom. The fog surrendered the hilltops and fled just before I reached them. Drifts of orange California poppies, alternating with yellows and rust reds run through the green of spring pastures in the coastal hills as I approached home. Sure, I get burnt out on sitting in the car for too many hours, but it's one hell of a pretty country we have. Despite all the places I've seen overtaken by progress and humanity in my fifty years, I still don't begin to take for granted what a wonderland we're so fortunate to inhabit. "And in the end they traded their tired wings For the resignation that living brings." --Jackson Browne, "Before the Deluge" Savannah spent the first half of her life wandering around this beautiful country with her mother, Alice. She's got miles of memories about all those places they'd seen across America. I'd expect that in all that time they also gotten a taste of Donner Pass and of restored Old Town Truckee. Maybe they even got to visit the little community near Plumas-Eureka where I spent the last couple of nights. But Savannah and Alice's life on the road came to a halt years ago when their car broke down on the Jersey Turnpike, and they were "rescued" by Jack. Now Savannah has spent years in the same place, dealing with her abusive stepfather Jack, and helping care for her little brother Henry. Alice seems to always be off at work and obliviou
Copyright © 2022 Thriftbooks.com Terms of Use | Privacy Policy | Do Not Sell My Personal Information | Accessibility Statement
ThriftBooks® and the ThriftBooks® logo are registered trademarks of Thrift Books Global, LLC