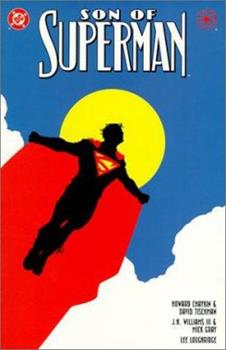 by David Tischman and Howard Chaykin

Its been seventeen years since Superman disappeared. Now, sunspot activity has given Jon Kenta young man who has no idea that he is related to the Man of Steelsome truly unexpected powers. Jons discovery of a heritage he never imagined takes him on a whirlwind adventure in which he is recruited by a terrorist group called the Supermen and set on a dangerous course to find out what really happened to his father.