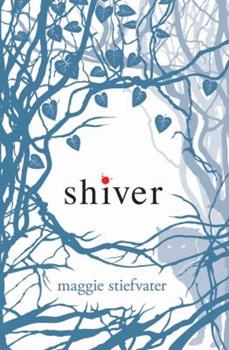 (Book #1 in the The Wolves of Mercy Falls Series)

For years, Grace has watched the wolves in the woods behind her house. One yellow-eyed wolf--her wolf--is a chilling presence she can't seem to live without. Meanwhile, Sam has lived two lives: In winter, the frozen woods, the protection of the pack, and the silent company of a fearless girl. In summer, a few precious months of being human . . . until the cold makes him shift back again. Now, Grace meets a yellow-eyed boy whose familiarity takes her...

Published by Bonni , 4 days ago
Excellent now iam on the second one highly recommend

Published by Elizabeth , 9 months ago
This is a good book if you're looking for a different take on werewolves or even if you're just a fan of werewolves! Well written, we get the book from a few different character's perspectives. This isn't the most faced paced read but it is an enjoyable one.

Published by Stephanie , 9 months ago
The plot is unique and the love story is sweet. Definitely would recommend for ages 12 and up. If you like books like Twilight or The Vampire diaries you should consider this.

Shiver is one of my favorite books

Published by Loved the book so much!!! , 2 years ago
I liked how the book left me with a cliffhanger.

Published by Books are my life , 2 years ago
If you're looking for a good supernatural love story then this is the book for you i tore through all three of them one right after the others. Sam and grace are connected like you've never read before Maggie stiefvater captured my attention from start to finish

Published by Lemon Girl , 3 years ago
This book is amazing. I’m not for supernatural love stories, but I picked this up in class when I didn’t have a book a few years ago, and I never put it down. I have yet to finish the series and I cannot express how sad that makes me (I’ve just never had access to the rest of the books). The characters in this book have amazing character arcs, and their relationship will keep you hung on the book. The only reason I didn’t give it a full 5 stars, is because I believe that five stars is for the absolute best book I’ll ever read.

Maggie Stiefvater has a literary edge to her writing...

Published by Thriftbooks.com User , 12 years ago
SHIVER was my first experience with author Maggie Stiefvater and it won't be my last. What attracted me most to the book was it's a YA love story about a girl and a werewolf. I'm a huge fan of paranormal love stories. If you are too, I highly recommend this one. SHIVER is book one of The Wolves of Mercy Falls Series. The story begins with Grace who has a fascination with a wolf. This wolf has visited her for six years straight when Minnesota is covered with snow. He disappears in the summer and she has no idea where he and his pack goes. Sam fell in love with Grace the first time he saw her. He's watched over her, but at a distance. That was until their worlds collided. Although he wanted to, he never meant for Grace to find out who he really was--what he was. She did though, now he has a secret to tell her and he has no idea how. When I finished SHIVER, I was blown totally away. Maggie Stiefvater has a literary edge to her writing style that makes me stop and take notice. This was not a book I wanted to speed through. I found myself stopping to reread sections of the book again.

I highly recommend curling up next to the air conditioner with this one.

Published by Thriftbooks.com User , 13 years ago
I adore this book. Shiver is told through the two main characters, Sam and Grace, and I loved them both. The first-person narration moves between them seamlessly and is never jarring. Spending time with Sam and Grace is enjoyable; they are believable, likeable characters with flaws and quirks and all the things that make people people. The supporting characters are equally well-drawn, if not always equally likeable. Moreover, the plot is original. Sam is a werewolf, and in the world of the novel, werewolves are human in the heat of summer and wolves in the cold of winter. As the werewolves age, however, their human-time decreases until they remain wolves until death. And Sam feels his last summer coming on just as he and Grace get to know one another. Sam and Grace's star-crossed romance is at times cute and steamy, but always genuine. There are some PG-13 moments, but these are handled tastefully; I never felt that Shiver was dirty or overly descriptive. And the words, oh the words! The language is more than descriptive; it's poetic. When I wasn't busy being absorbed by the plot, I was drinking in Stiefvater's descriptions; I felt the Minnesota winter of the novel. I frequently reread sentences and lingered over well-worded paragraphs. And on top of that, Maggie Stiefvater is funny! I laughed many times, and you probably will too. Finally, the ending is abrupt but satisfying. I was left with a smile...and a craving for the sequel (Linger, which is due in Fall 2010). I highly recommend curling up next to the air conditioner with this one.

Published by Thriftbooks.com User , 13 years ago
The book tells the story from the alternating points of view of two characters. Grace has been watching the wolves outside her Mercy Falls, Minnesota home every winter. She is drawn to one in particular that has stunning yellow eyes, and she's certain that it is the same wolf who saved her from a pack of wolves who attacked her when she was a young girl. Sam leads two lives. In the spring and summer, he's human, but when the cooler temperatures of autumn descend upon him, it's not long before he turns into a wolf for the winter. The problem with being a werewolf is that the longer you're a wolf, the less time you spend in your human form until one spring, you don't change back and are forever a part of the wolf world. When Grace meets Sam, one look at his yellow eyes makes her certain that he's her wolf. They are drawn to each other and it doesn't take them long to realize that they've been in love for years as impossible as it may seem. As the temperatures get cooler, Sam and Grace struggle to keep him human, but the bitter cold and other obstacles threaten to take him away from her forever. What I love about Maggie Stiefvater's writing, especially in Shiver, is that it's completely seamless: the transitions between the two main characters' points of view and the way that she brings werewolves into what seems like a perfectly normal world. I'm one of those people who rarely reads chapter titles or headings because I find them distracting, and not once did I have to glance up at the beginning of a chapter to see who was speaking. Sam and Grace have their own distinct voices and characteristics, but the switch from character to character is not jarring the way I've seen it in a lot of other books. And the coolest thing? Grace and Sam each have their own strengths and complement each other well. I love to see strong female characters in books for teens, and Grace is definitely smart and strong and can take care of herself. But what I love the most about Ms. Stiefvater's writing is her ability to depict chemistry between two characters--first with Dee and Luke in Lament and now with Sam and Grace. She's masterful at showing and not telling: glances, touches, dialogue, and thoughts all create a completely believable love between a girl and a werewolf. Shiver is a perfectly executed book, and I continue to be impressed with Maggie Stiefvater's writing.
Trustpilot
Copyright © 2022 Thriftbooks.com Terms of Use | Privacy Policy | Do Not Sell or Share My Personal Information | Accessibility Statement
ThriftBooks® and the ThriftBooks® logo are registered trademarks of Thrift Books Global, LLC