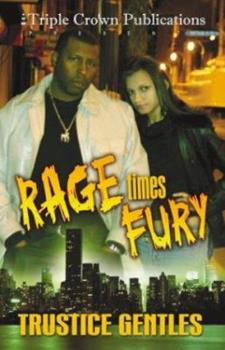 How far are you willing to go for family? Unfortunately, this is a question that Malik Ford has to answer when tragedy strikes his. Malik is a hard working, family-oriented young man. He is willing to... This description may be from another edition of this product.

How Far Would You Go For Family?

Published by Thriftbooks.com User , 16 years ago
Malik Ford is a young father of two. He has a nice job and is a succesful man who also has street smarts. On one unfortunate day Malik's life is changed forever. During a shooting two teens mistakinly shoot M.J., Malik's oldest son. They will later regret this. After some well thought out planning Malik and his crew set out for revenge. Will they be succesful and exactly how far will he go and what will he sacrafice for revenge? I enjoyed this book a lot. I like action-adventure books a lot. This book was excellent except for the assessive amount of dialog between characters. To put it simply, they talk to much. They needed lees talk and more action. I'd like the book even more if they did that. It wouldv'e have gotten 5 stars from me. Never the less the book was great and a good read. I would definately reccomend this book.

Published by Thriftbooks.com User , 17 years ago
The beginning was a little slow, but after I kept reading I could not put the book down. The story could of been written better, but all in all this was a book worth reading.

Published by Thriftbooks.com User , 17 years ago
I was pleasantly surprised by this book. I was expecting a lot of the stereotypical talk of bling-bling and killings etc. But this book has a very good storyline. I liked the way the author constructed the story and liked the twist at the end of the book. Although there is a little too much profanity for my taste, I would recommend this book.

Published by Thriftbooks.com User , 17 years ago
RAGE TIMES FURY WAS SUCH A REAL BOOK . I WAS SO IMPRESSED WITH HOW THE AUTHOR SHOWED HOW TO USE YOUR MIND AND NO BE SO IMPULSIVE. SEE.. IN THE BOOK THE FATHER WAS IN LOVE WITH HIS FAMILY AND WHEN THIS TRAGEDY CAME IN THE REALM OF THEM HE WAS SMART AND PATIENT . I DONT WANT TO GIVE THE PLOT AWAY BUT IT IS A DEFINATE MUST READ . YOU WILL KEEP READING TO FIND OUT HOW IT TURNS OUT . THE BOOK DESCRIBES THE VALUE OF FAMILY AND HOW FAR WILL YOU GO TO PROTECT THEM...IM IMPRESSED , TRUSTICE GENTLES IS A GENIUS AND I CANT WAIT FOR THE NEXT ONE ... THANKS

How far would you go for family?

Published by Thriftbooks.com User , 18 years ago
How far would you go for family?Trustice Gentles explores the subject of revenge"Rage Times Fury"" Rage" is set in the Crown Heights Plaza Projectsin Brooklyn . Malik Ford is doing the best for his family and keeping his sanity together in the day to day life on the streets.Part " Death Wish" part "New Jack City"The plot revolves around a shoot out when Malik's son "M.J." is accidentially shot by Thugs, who wanted to kill " Drugs" a dealer in the plaza so dangerous, the cops won't touch him.After watching his son shot, Malik plots revenge requiring a lot of clever manipulations, involving a lot of people. Before it all ends, many people will die and many lives will have been changed.Trustice's writing style is raw, but the story benefits from it. There are some sly moments of social observation. The scene which Malik describes two women fighting overa Christmas gift is hillarious. Plus, sence this is a street novel it's filled with the usual amount of violence,gun play, strip clubs and crackheads roaming about for good measure.Gentles portrayal of Malik shows you constantly what's going on in his head, you get a feel for the way he is." As I exhaled, it was as if all my problems and all that I was going through left my body, leaving only a moment of clarity. It allowed me to think clearly about any and every aspect of the plan....It was like I knew the plan would work because if there were any road blocks or deviations, I would see them in my mind before this happened, and I know what to do to make it work"The character " Carla" is in a abusive relationship, that she's doing the best with. This would've been a good sub-plot but, Gentiles shows little of the relationship.Charaters come and go. It's all about the plot. The best thing " Rage" has going for it is " Malik"he is a character easy to like and be sympathetic for.Reviewed by: Erren G.Kelly
Trustpilot
Copyright © 2022 Thriftbooks.com Terms of Use | Privacy Policy | Do Not Sell My Personal Information | Accessibility Statement
ThriftBooks® and the ThriftBooks® logo are registered trademarks of Thrift Books Global, LLC