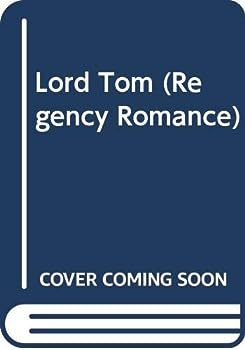 This description may be from another edition of this product. forbidden love. If either of them were caught, it would ruin them both forever.

Published by Thriftbooks.com User , 17 years ago
From the back cover: If either of them were caught it would surely ruin them both. On his deathbed in Calais, Captain Johnstone exatracted a promise from Lord Thomas Harleston to return his daughter, Susan, safely back to England where she was still considered a criminal for her part in her father's escape from debtor's prison. Although Susan secretly longed for England she insisted the risk to Lord Harleston's reputation was too great, though in the end she was won over by his appeal to her tender heart and the equal appeal of his amusing plan and twinkling brown eyes. They crossed the Channel in disguise but once arrived found that they could not abandon their ad, venture. Susan's tender heart embroiled them in yet another coil that threatened to reveal their deception as well as their illicit love.
Copyright © 2020 Thriftbooks.com Terms of Use | Privacy Policy | Do Not Sell My Personal Information | Accessibility Statement
ThriftBooks® and the ThriftBooks® logo are registered trademarks of Thrift Books Global, LLC