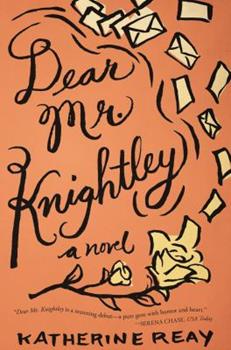 Bookish Samantha has always hidden behind the words of others--namely, her favorite characters in literature. Now, as she discovers love beyond the pages of her favorite novels, she will learn to write her own story. Sam is, to say the least, bookish. An English major of the highest order, her diet has always been Austen, Dickens, and Shakespeare. The problem is, both her prose and conversation tend to be more Elizabeth Bennet than Samantha Moore...

Published by K Miller , 7 months ago
"Dear Mr. Knightley" is written almost entirely in 1st Person POV, which usually bugs me, but as it is in a diary/letter style, the author balances the self of the narrator vs the surroundings very well. We only see what she sees, but without really seeing other characters (except, again, as she recalls their conversations with her in her letters) so things that are able to sneak up on you as they do on her. Main character's young life was rough but she rises above it in adulthood, and finds help among new friends, old and young. I've read four of Reay's books now, and this is still my favorite re-read.

Published by Katy Anderson , 1 year ago
As a teenager who loves to read mystery/romance novels, this book met all my expectations! I could not put it down, so much so that I actually got in trouble in class for reading while the teacher was lecturing heh. Anyway, it’s a story of a girl who grew up basically in an orphanage and now that she’s an adult she has to choose a path for life. There’s an English college she wants to go to but it’s expensive and she doesn’t think she’ll be able to go until a mysterious person writes to her and says he’ll pay for her education as long as she writes to him. Its not as creepy as it sounds I swear! It’s really good and has a bit of a plot twist!
Trustpilot
Copyright © 2022 Thriftbooks.com Terms of Use | Privacy Policy | Do Not Sell My Personal Information | Accessibility Statement
ThriftBooks® and the ThriftBooks® logo are registered trademarks of Thrift Books Global, LLC