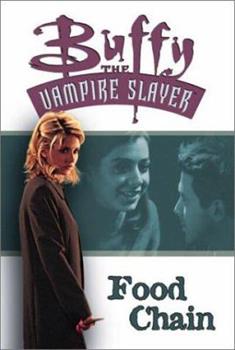 Published by Thriftbooks.com User , 19 years ago
Set in the third and fourth seasons of Buffy the Vampire Slayer, this is a medley of eight stories buy a variety of authors and illustrators. The keynote tale is the two part 'Food Chain,' which traces the fate of a young juvenile delinquent who first runs afoul of a high school student/very bad demoness, and then, when that doesn't work out, invokes a demon who likes murdering all his friends. Buffy, of course, to the rescue.Other tales include 'The Latest Craze,' the story of what happens when owning miniature demons becomes a fad for the rich and snooty, and 'Double Cross' about a demon who resembles the Alien on steroids and has a knack for being in two places at once. Then there is 'One Small Promise,' a Buffy/Riley tidbit and 'City of Despair,' an interesting story that pits Buffy and Angel against each other in a final confrontation in yet another dimension. The remaining two tales are 'Bad Dog,' in which Oz is freed to so that a geek with low self-esteem can drain Willow's power, and 'Punish Me with Kisses,' a ghost story that is a bit too cute.On top of offering a set of interesting, well conceived stories, 'Food Chain' has a stellar cast of illustrators. Both the stories and the full page artwork offer a far greater variety than the regular Dark Horse productions, which gives the reader a chance to appreciate different styles and better understand the arcane art of comic book production. If you aren't normally drawn to the graphic novel format, but want something that offers a representative sample of its potential this is the one to own.

Best Of The Best

Published by Thriftbooks.com User , 20 years ago
This book is definetly for an avid fan! Christopher Golden is a great author with fantastic ideas. The graphics of this novel were outstanding, and the plot terrific. A must have for any Buffy collector
Trustpilot
Copyright © 2022 Thriftbooks.com Terms of Use | Privacy Policy | Do Not Sell My Personal Information | Accessibility Statement
ThriftBooks® and the ThriftBooks® logo are registered trademarks of Thrift Books Global, LLC