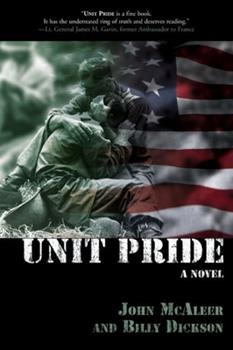 The agents and handlers have left the building, and Dave Hollander is in the house, taking on the country 2s top athletes in no-holds-barred interviews for the underground sports paper, "New York Sports Express. Here are uncensored, off-the-cuff looks at the world of sport from current and former players like Jeremy Shockey, Dwight Gooden, Kareem Abdul-Jabbar, and Vince Carter. It 2s a must-read for any sports fan. In his weekly column, 3Open Mic,...

Published by Thriftbooks.com User , 14 years ago
Reading 52 WEEKS by Dave Hollander feels like it would be if you got to sit down for a beer or cup of coffee with a whole bunch of your favorite athletes to shoot the breeze. The author spent a year tracking down and then interviewing such notables as Mike Richter, Steven Nash, Ricky Henderson, Bill Bradley, John Wooden, and Kareem Abdul-Jabbar, to name just a few . . . he also conducted the last interview ever recorded with George Plimpton. Some of what was said had me laughing out loud; e.g., when Chuck Wepner was asked about who he gave a negligee to before the Ali fight: * I bought her [my second wife] a powder blue negligee, and I gave it to her the night before the Ali fight. I said to her, "Phyllis, I want you to wear this to bed tonight, because tonight you're gonna be sleeping with the heavyweight champion of the world." So I came back to the hotel after the fight, and she's sitting on edge of the bed in the negligee, and she says, "Do I go to his room or does he come to mine?" She had a pretty dry wit. In the meantime two of my girlfriends were at the fight sitting right beside my wife. I also got a kick out of reading what Mariano Rivera thinks about when he pitches: * I don't talk to the ball, but deeply in my mind I say "You know what, this pitch is gonna be a strike. Ball, you better get there." As a pitcher, we do that sometimes. You're in a situation and you say "I have to go to the corner. Don't move from there." [Mark] Fidrych was verbal--he was saying it. I don't say things. I just keep inside." And then there I was amazed to find out that Lawrence Taylor never bothered to lift weights . . . as he notes: * When I first got in the league I thought it would be about physical strength, and I lifted hard. You know I was lifting over 400 pounds. But as I developed as a player, after my first year or so in the league I found out it wasn't so much physical strength as it was mental fitness. So instead of lifting I tried to beat people with my mind--be in places, follow the ball, know where the ball is going to go, see the play before it's run, and understand the game of football. I tried to win the game with my mind rather than winning it with my physical abilities. This is a great book for any sports fan . . . you'll only regret that you weren't the guy getting to have these conversations!

Published by Thriftbooks.com User , 16 years ago
I don't even like Sports but enjoyed this book. You get to know the athlete - great interviewer! You go Dave!

Published by Thriftbooks.com User , 16 years ago
This book is a must read for any sports fan. Every interview is incredibly unique and entertaining. Dave Hollander could interview anyone and make it interesting, hence his interview with two twelve-year-old little leaguers from lower east side Manhattan, followed by one with the legendary Kareem Abdul-Jabbar. Although, my favorite chapter was the interview with Hall of Famer Kellen Winslow, titled 'Uptight End'. You need to know how Winslow reacts to the Hollander question, "What is the relationship between tight ends and homosexuality?" Like I said...

A Breath of Fresh Air!

Published by Thriftbooks.com User , 17 years ago
52 weeks is both poignant and highly entertaining! Dave Hollander interviews some of the best known sports figures (I particularly enjoyed his interview with George Plimpton) with such a unique style -- truly a breath of fresh air!
Trustpilot
Copyright © 2022 Thriftbooks.com Terms of Use | Privacy Policy | Do Not Sell or Share My Personal Information | Accessibility Statement
ThriftBooks® and the ThriftBooks® logo are registered trademarks of Thrift Books Global, LLC