One of the most celebrated writers of our time, SALMAN RUSHDIE is the author of ten previous novels— Grimus, Midnight's Children (for which he won the Booker Prize in 1981, the Booker of Bookers in 1993, and, in 2008, the Best of the Booker), Shame, The Satanic Verses, Haroun and the Sea of Stories, The Moor's Last Sigh, The Ground Beneath Her Feet, Fury, Shalimar the Clown, and The Enchantress of Florence. He has also published four works of non-fiction, a collection of short stories, and edited two fiction anthologies. In June 2007, Rushdie was appointed a Knight Bachelor by Queen Elizabeth II for services to literature. He holds the rank Commandeur in the Ordre des Arts et des Lettres of France and began a five-year term as Distinguished Writer in Residence at Emory University in 2007. In May 2008, he was elected to the American Academy of Arts and Letters, and also in 2008, the London Times ranked Rushdie thirteenth on their list of ""The 50 greatest British writers since 1945"". For two years he served as president of The PEN American Center, the world's oldest human rights organization, and is the chair of PEN's World Voices Festival of International Literature, an annual literary festival he began in New York in 2001. Rushdie is currently working on the film version of Midnight's Children.

Haroun and the Sea of Stories

The Portable Atheist: Essential Readings for the Non-believer

The Ground Beneath Her Feet

The Enchantress of Florence

Luka and the Fire of Life

The Wizard of Oz

The Jaguar Smile: A Nicaraguan Journey

Fight of the Century: Writers Reflect on 100 Years of Landmark ACLU Cases 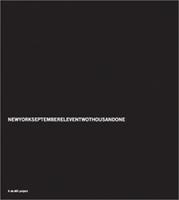 Fight of the Century: Writers Reflect on 100 Years of Landmark ACLU Cases

of 2
Copyright © 2022 Thriftbooks.com Terms of Use | Privacy Policy | Do Not Sell My Personal Information | Accessibility Statement
ThriftBooks® and the ThriftBooks® logo are registered trademarks of Thrift Books Global, LLC