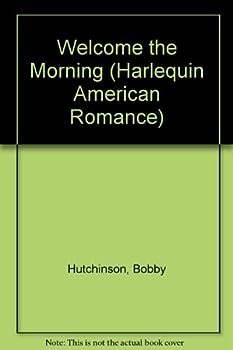 (Book #1 in the Women Who Dare Series)

Welcome The Morning by Bobby Hutchinson released on Sep 24, 1986 is available now for purchase.

I forgot it was a romance novel!

Published by Thriftbooks.com User , 17 years ago
ISBN 0373161735 - I picked up this book with the same bored sigh I have for every romance novel. Boy, was I surprised! By introducing many interesting characters and weaving their stories into the main love story, Bobby Hutchinson rose above the riffraff that populates the romance world. Charlie Cossini is a tough, hard-working construction company owner, hired to renovate Reveille Reef, a resort in Hawaii. She and her all-female crew are already at work when Ben Gilmour, rich playboy surfer dude, arrives to supervise for Gilmour Developments and promptly decides to fire them. If that were the gist of it, it would be the usual formulaic romance, but there's so much more. The resort is the target of vandals, so Ben decides that the ladies need some men around. Enter Pogey and Kimo. Carol and Eliza, the other two-thirds of Cossini Construction, have their own romantic issues and the arrival of the new men seems to bode well for their futures. Everyone has a history, no matter how short a time they spend on the page, from Ben's aunt Stella to Auntie Lani, a local woman hired by Ben to caretake for the group at the Reef. Even Reveille Reef itself has a story or two, and the history of the place, the present and the future of it, all tie in to endings that are both tragically beautiful and, because this still IS a romance novel, predictable. It's well worth the time it takes to read; you're guaranteed to fall in love with at least one character - and it's my bet that, for a lot of readers, that won't be Ben and Charlie. - AnnaLovesBooks
Trustpilot
Copyright © 2022 Thriftbooks.com Terms of Use | Privacy Policy | Do Not Sell My Personal Information | Cookie Preferences | Accessibility Statement
ThriftBooks® and the ThriftBooks® logo are registered trademarks of Thrift Books Global, LLC