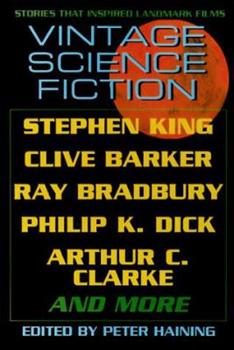 From the cerebral 2001 to the B-grade It Came From Outer Space -- both of which are from stories by Arthur C. Clarke and Ray Bradbury, respectively, and are collected here -- sci-fi films have always drawn from the printed word. In addition to tales by Isaac Asimov, Philip K. Dick, Stephen King, and Clive Barker, several stories appear in book form for the first time, such as James Blish's Star Trek scenario, while others such as Werner von Braun's...