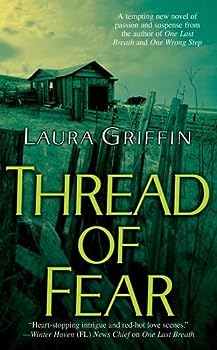 (Book #1 in the The Glass Sisters Series)

Forensic artist Fiona Glass is the best in the business -- which is precisely why she's quitting. Her skill at mining victims' memories to re-create the faces of sadistic criminals has left her... This description may be from another edition of this product.

Another incredible novel by a gifted writer

Published by Thriftbooks.com User , 14 years ago
Forensic artist Fiona Glass wants to put an end to the nightmares that result from her ability to put a face on both suspect and victim. But small town police chief Jack Bowman won't let her. When a new case emerges in his jurisdiction that eerily resembles a long cold case, he calls Fiona in, and despite her best intentions, she lets herself get pulled into the case and immediately bonds with both a victim and witness, as well as Jack. As she and Jack close in on the case, it's apparent that someone doesn't want this case investigated and will do just about anything to see that his misdeeds go unpunished, including taking out the woman who can put a face on his crimes. Griffin manages to take material that on the surface has a "been there, done that" feel to it, but gives it a fresh voice, largely due to her writing ability. Her characters are compelling and flawed without being too distracting; her dialogue is realistic, and she even manages to tack on a surprise ending that many jaded readers won't see coming. The quality of her novels is so consistent that she has quickly become an author whose work I automatically purchase. © Tracy Vest, October 2008

Published by Thriftbooks.com User , 14 years ago
Forensic artist Fiona Glass is very good at what she does and the stress of hearing the victim's stories has made her quit the business and focus her talent in her art. But Graingerville police chief Jack Bowman has convinced her to take on one last case. A case that has roots going back 10 years with a personal link back to Jack. Together Fiona and Jack will do their best to hunt a serial killer who's targeting teenage girls. But what seems like a simple assignment is fraught with complications, including a searing attraction to Jack that's tempting Fiona to let her guard down in potentially dangerous ways. Thread of Fear was a great suspense book and recommended for all suspense fans. The ending was a complete surprise and the book was never predictable. My first love in reading were suspense books but as of late I've read less and less just because the stories have become so predictable but Griffin's story has brought me back. The pacing of the story is perfect. Nothing is given away too early and you're left anxiously reading the next chapter. The characters seem so real and I was able to connect with them making the story all the more real to me. Thread of Fear is book one in Griffin's new Glass sisters series and I am anxiously awaiting book two, Whisper of Warning. In addition I will be going back and reading her earlier books One Last Breath and One Wrong Step.

Gripping suspense with a bit of romance

Published by Thriftbooks.com User , 14 years ago
Fiona Glass has tried hard to retire from her career as a forensic artist. Nearing emotional burnout from the job, she is determined to concentrate on her future as a commercial artist specializing in nature scenes. But when tragedy strikes, Fiona can't find it in her heart to say no to a new case - especially when the man persuading her is the ruggedly handsome Jack Bowman. Jack is the kind of man who tempts her to break all of her rules, making him oh-so-dangerous. Jack wants nothing more than to catch the serial killer who is stalking the women in his jurisdiction and will do whatever it takes to convince Fiona to take the job. Once he gets to know Fiona, however, his protective instincts kick in, and he'll do whatever it takes to keep her safe and in his life. That's easier said than done now that the killer has set his sights on Fiona... Readers who love a great mystery with plenty of suspense will want to pick up a copy of Laura Griffin's novel THREAD OF FEAR. This is the kind of book that keeps you on the edge of your seat, turning the pages without cease until you reach the finale. The suspense of the piece is definitely in the forefront, but the romance between Fiona and Jack is certainly there as well. Their love story provides a nice bit of light amidst the darkness of the criminal investigation. Ms. Griffin delivers and intense storyline with plenty of oh-my-gosh moments that keep the reader guessing until the big reveal at the end. Along the way, we also experience some very emotional scenes with the story's lead characters and the key witnesses they work with. THREAD OF FEAR is a gripping suspense story that will have readers eagerly anticipating the next book by the talented Laura Griffin! **Courtesy of Wild on Books**

Published by Thriftbooks.com User , 14 years ago
Laura Griffin strikes gold with her third book, Thread of Fear. Fiona Glass is a forensic artist, the best in the business. She no longer wants her job. The haunted faces of the killers and victims she's sketched over the years have taken their toll. But police chief Jack Bowman isn't an easy man to deny. Jack needs Fiona's expertise to help put a serial killer who's targeting young girls behind bars. He appeals to Fiona's sense of justice and successfully convinces her to help him. But as they work together, Fiona becomes more important to Jack than he ever imagined she could.~~~~~~~~~Thread of Fear is the first book I've ever read more than once. Yes, it is that good! The writing is tight, the story is explosive and the tension kept me turning pages long into the night. I had no choice. I had to find out what happened. Right from the start, Ms. Griffin's talent took me inside the story and gave me a front row seat to all the emotions Fiona and Jack experience while tracking the killer and fighting their attraction to each other. And I have to mention Fiona's sister, Courtney. Ms. Griffin created such a wonderfully complicated character in Courtney, I couldn't help liking her and I'm already looking forward to her story in Whisper of Warning. The next time you're in the bookstore, make sure to pick up Thread of Fear. I promise you won't be disappointed!

Published by Thriftbooks.com User , 14 years ago
Laura Griffin does it again. She delivers great characters and a fast paced thrill ride that grabs ahold and doesn't let go. Her characters feel real and you feel their upset, their pain. I love the way she weaves backstory into the story, making you keep turning the pages to find out what happened then AND what happens next. Can't wait for the sequel!
Trustpilot
Copyright © 2022 Thriftbooks.com Terms of Use | Privacy Policy | Do Not Sell or Share My Personal Information | Accessibility Statement
ThriftBooks® and the ThriftBooks® logo are registered trademarks of Thrift Books Global, LLC