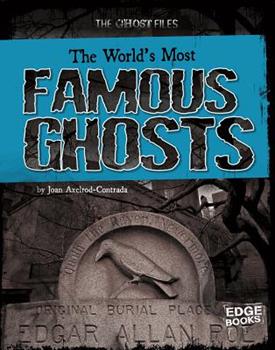 The World's Most Famous Ghosts

Thousands of fascinating ghost sightings are reported every year. But the spirits of actors, musicians, and presidents seem to gain the most attention. These dead celebrities capture peoples imaginations. There have been many reports of spirits such as President Abraham Lincoln, John Wayne, and Michael Jackson. Read all about these famous ghosts and several others inside.