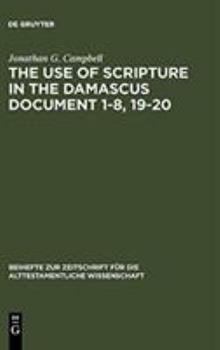 The series Beihefte zur Zeitschrift f r die alttestamentliche Wissenschaft (BZAW) covers all areas of research into the Old Testament, focusing on the Hebrew Bible, its early and later forms in Ancient Judaism, as well as its branching into many neighboring cultures of the Ancient Near East and the Greco-Roman world.