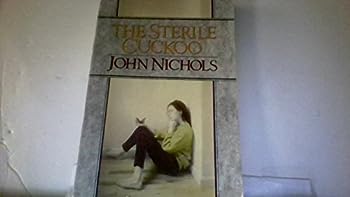 "A hilarious, sad . . . all too true novel about the rough underside of a college love affair."--John Knowles, author of A Separate Peace When eighteen-year-old Jerry Payne first meets Pookie Adams at... This description may be from another edition of this product.

Published by Thriftbooks.com User , 17 years ago
John Nichols made quite an impression with his first novel about a first life-altering love. Though written in 1965, it proves that even though times change, emotions and some situations don't. Jerry Payne was on his way to college when he meets Pookie Adams in the bus depot. She is a year younger - she's on her way back home to begin her senior year in high school - and her nonstop talking and outlook on life really irks him. They take one bus together to another stop and, sitting next to each other, start talking about everything and nothing at once. Suddenly, before Jerry knows it and not being able to stop it, he finds himself kissing Pookie. By the time his bus pulls away, taking him to college, Pookie realizes she never got his address (or name, for that matter!) and he shouts his information out the window. Jerry didn't think Pookie heard him but 17 letters reach him from September to Valentine's Day. His father asked him if he was running a forwarding service and to please give the woman his college address. While Pookie's letters were coming, Jerry got involved in college life - of the fraternity kind. His roommates were into the frat thing and Jerry at first wanted to show that he could be part of the crowd in a sophisticated way (with his guitar playing) but, in time, he fell into the swing of things like the rest of them. By the time Jerry and Pookie reunited (during her freshmen year of college, he having seen her picture in a college publication in the frat house's library and he and his buddies showing up at her sorority house uninvited and unwelcome), Jerry was the stereotypical frat guy - reeking of beer, plopped in a brother's jalopy (that was affectionately called "The Bitch"), and failing everything ... fast. It was during his sophomore year in college that he and Pookie really got together - Jerry slowly, and unknowingly at first, falling in love with Pookie through her letters. He would cut classes in the morning to wait for her letters, he couldn't wait to meet her for houseparties and weekend get togethers. When he was in danger of failing school, he begged the academic powers that be for another chance and was granted a stay. He vowed to work through the spring break to pull himself together. During this time, he and Pookie lived together at the frat house and fell even deeper in love. When Jerry, Pookie, and a few friends were partying in the college cemetery in his junior year, they were in the middle of a toast on top of a grave marker when the dead woman's husband - one of the most respected professors of the university - came upon the scene, flowers dropped to his side, and simply walked away (probably too hurt for words). This scene coming after all four of them were lying in the grass and Jerry just sensing that the magic had left his relationship with Pookie. After that incident, things were never quite the same between Jerry and Pookie. They drifted apart, without really knowing it. Towards the very end

Published by Thriftbooks.com User , 21 years ago
In my mind, I will always remember Pookie. She has the spark and flare of a great character and Nichols should be commended for sharing her with us.The novel reads quickly; the pace is lively and rarely lags. The adventures of romance in college become a quintessential experience that, even if your own college experience was never quite like theirs (you don't have to be a drop-out pre-adolescent boy to enjoy The Adventures of Huck Finn), it still is a wonderful journey of a story.

Published by Thriftbooks.com User , 22 years ago
This book, although short and sweet, says a lot about a young man and his relationship with a free spirited young woman. After their "fate-like" first encounter, each begins to grow and express themselves as caring individuals. While constantly expressing their individuality, their dependency upon one shines through and guides the ill-fated couple towards first love. I related to Jerry and to his thoughts regarding the opposite sex from the beginning of the story, and found it interesting to see how the one person that was meant for him could change his views and leave the reader with a different character from which the novel began. I recommend this book to anyone who wishes to re-examine their thoughts and feelings regarding relationships or love, or simply to anyone who wishes to read a wonderfully written story that captures the essence of college romance.

Published by Thriftbooks.com User , 24 years ago
The Sterile Cuckoo is a real gem... I bought this book less than a year ago and I've already read it 3 times. Not only is Pookie Adams believable, she's true! She's pathetic and witty, exuberant and the essence of youth. She's not terribly beautiful and not devastatingly smart, but she's unique. This is the autobiography of a college romance, and utterly fabulous

Published by Thriftbooks.com User , 25 years ago
I was actually looking for 'The Milagro Beanfield War', when I stumbled upon this little gem. After reading the synopsis, I decided that it looked like a good book that I could easily identify with, having just graduated from college. To say that I identified with this book would be inaccurate. I felt as though I had LIVED it. John Nichols first book is a wonderful story of a college romance, from its awkward beginnings to its almost tragic end. And what falls in-between bounces between joy and sorrow, mixed with humor. From beer-soaked fraternity parties to sunny picnics in fields, Nichols captures love and the college experience as well as any author. It isn't an outstanding book. It won't go down as a modern classic. But it is very funny, and it is very realistic. Nichols greatest literary skill is his character development and interaction, and that skill is on display in this novel. I felt as though Nichols had been my roomate in college, and that he was writing about my own antics during those wonderful years. The characters seem all too familiar, and the the plot lines seem taken directly from my collegiate years. Just as homecoming trips to alma maters go by in a matter of days, so will this book. All the joys, sorrows and memories of anybody who has ever had a college romance will come back quickly to readers.
Trustpilot
Copyright © 2022 Thriftbooks.com Terms of Use | Privacy Policy | Do Not Sell or Share My Personal Information | Accessibility Statement
ThriftBooks® and the ThriftBooks® logo are registered trademarks of Thrift Books Global, LLC