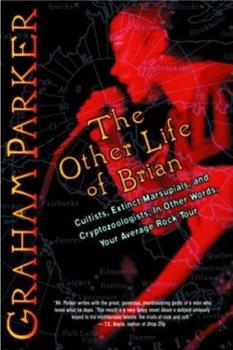 The Other Life of Brian

Some might call Brian Parker's musical career washed up. As the acid-tongued front man for the Soulbilly Shakers, a 1970s one-hit-wonder, he penned the hit single "Knee Trembler," a sweet little ditty about having sex while standing up. But sales for his newest record are miniscule and his concert crowds have been steadily dwindling. This being said, it's not hard to figure out why Brian is angry with just about every person who has the misfortune...

...and then what happened

Published by Thriftbooks.com User , 12 years ago
In Graham Parker's second quasi-autobiographical journey, Brian Porker is trying to revive his flagged career (past tense of flagging) by embarking on a tour from Hell that makes the Spinal Tap tour look like the Beatles US tour in 1965. As he struggles to be on time and alive at the various dates, he has to contend with a cast of characters not always even aware of his needs let alone interested in them. Inlcuded in this maelstrom are idiotic roadies, unscrupluous tour promoters, fugitives in hiding and a Tazmanian Devil (the extinct marsupial, not the Warner Brothers cartoon character). Told as a novella rather than a series of vignettes (the structure for 'Carp Fishing on Valium'), our hero manages to maintain his sanity if not his earnings and, in the end, the forces of Porker win out.

Published by Thriftbooks.com User , 16 years ago
I am one of those people who enjoy cds of artists that arent popular so if you think GP was great on his first two albums (arent they called albums?) then you probably wont like this book. I laughed out loud so many times i lost count. i like his writing style, the ranting, the story and the insanity of the characters life. it was torough joy to read. i dont compare this to his music although there are obvious comparisons through the cynical humor. the best of the book is some of the most original stuff ive read in a long time.

The Other Life of Brian

Published by Thriftbooks.com User , 16 years ago
Having just finished off Carp Fishing on Valium I was very excited to dive into The other Life Of Brian...Graham's style of writing is very engaging. I was wisked off to the frozen tundra with a cast of amazingly funny and unique characters. Carruthers and Steed (soundman and manager respectively)play exceptionally well against Brain Porker, our hero, who is neither short on intellect, pessimism or ego. I found the entire escapade to be an enjoyable, funny and well written journey. I would recommend this book for anyone who needs a good laugh. There are plenty of them in this book. From Steed, who is one of those people who can commit a "stupid human trick" and come out unscathed (totally hilarious)to Carruthers, a rather young and gangly soundman with connections to the most interesting people in some of the coldest places on Earth. You'll catch yourself yelling Kimber and Nibbs before you're done...also, if you are a Graham Parker fan, and you appreciate his story telling ability this is a must.
Copyright © 2020 Thriftbooks.com Terms of Use | Privacy Policy | Do Not Sell My Personal Information | Accessibility Statement
ThriftBooks® and the ThriftBooks® logo are registered trademarks of Thrift Books Global, LLC