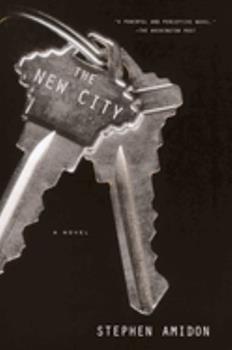 A thought-prooking thriller and a literate page-turner, Stephen Amidon's The New City takes aim at the suburban American dream and captures the real nightmare behind it. It is 1973, the Vietnam War is winding down and the Senate Watergate hearings are heating up. But Newton, Maryland, is a model community, an enclave of harmony and prosperity. Through years of cunning legal maneuvering and smooth real-estate deals, the white lawyer Austin Swope has...

An amazing read, especially if you're from suburban Maryland

Published by Thriftbooks.com User , 16 years ago
I live about twenty minutes away from Columbia, Maryland, the real "New City," founded in the 1960s by the visionary James Rouse. (In fact, I bought this book there). While this has no bearing on the story, it certainly makes it a more enjoyable read. I would note, however, that you can probably pick out some obvious parallels between the fictional Newton and the real Columbia. Any sucker for detail will be enthralled by Amidon's references to events in the 70s, neighboring communities in Maryland, and his vividly defined characters. However, his thorough writing does not plunge the story into pithy, irrelevant facts - you're given what you need to know and a whole lot more to truly understand the story. I've never seen a white writer do such an excellent job of rendering black characters - or treating his teenage subjects as something more than shallow, blithering idiots. I hope to see this studied in high school English - or even History classes - one day, as it's an excellent time capsule from the summer of 1973.

Published by Thriftbooks.com User , 18 years ago
This is a fantastic book. Exciting. Brilliantly written. Great characters. This is the book Thomas Hardy would have written if he lived through the seventies. If you are looking for literary fiction that is actually about something, The New City is your book.

Published by Thriftbooks.com User , 18 years ago
From page one, The New City had me hooked. It took me all of two days to finish this 445 page masterpiece. It is my firm belief that The New City is one of the most important American novels around... people will catch on in time if they have not already. The plot is bold and clearly written, never failing to surprise and grip the viewer. Amidon deals with important topics such as race, class, and trust in an intelligent and passionate way. This novel consumed me... it had me reading it until the early hours of the morning. Remeber the name Stephen Amidon -- it's going to be around for a while.

Published by Thriftbooks.com User , 20 years ago
I throughly enjoyed reading this book. I'm one of those people who likes the 70's (and lived through most of it) so I enjoyed the pop culture references, which weren't essential, but helped to give the novel a little bit of atmosphere. The plot itself is intricate, and I was taken off guard by everything that happened. I liked the characters, even though most of them were really flawed. (I think I liked Teddy the most, even though he's extremely nerdy and a bratty little rich boy, he's very funny and charming in a weird way.) I loved reading about all the aspects of planning the city and the founders' idea of an utopian community, where racism or class distinctions don't exist. Very fascinating story with a killer ending. Even though it's been over a year since I read the book, I still wonder about the characters, and what they would be doing now, etc. I heartily recommend it to everyone.

Fascinating Look at the "Ideal" Community

Published by Thriftbooks.com User , 21 years ago
The New City is a fascinating story of the ironies inherent in a planned community, one that is supposed to be free of the troubles typical of suburbia in the 1970s. It is a thoughtful story, with well-drawn characters and a suspenseful plot, touching on the subleties of racism, the Vietnam War, and so-called "tolerant" people. I found myself reading faster and faster trying to get to the end. I would highly recommend this book.
Copyright © 2020 Thriftbooks.com Terms of Use | Privacy Policy | Do Not Sell My Personal Information | Accessibility Statement
ThriftBooks® and the ThriftBooks® logo are registered trademarks of Thrift Books Global, LLC