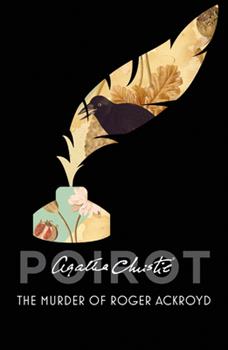 The Murder of Roger Ackroyd: Poirot

(Book #3 in the Hercule Poirot Series)

One of Agatha Christie's most famous novels, featuring her beloved detective Hercule Poirot--and her most surprising twist.The story that made Agatha Christie famous ends with one of her most dramatic... This description may be from another edition of this product.

Published by LP , 1 year ago
This is Christie at her best

Anything but a predictable mystery novel!!

Published by Thriftbooks.com User , 19 years ago
Agatha Christie is recognized throughout the world as being the "Queen of Crime". It is undoubtable that this holds true, especially in her ingeniously written, classic mystery novel, The Murder of Roger Ackroyd. The story is told through the 1st person point of view, so the narrator, James Sheppard ( the local doctor ), is one of the main characters. He introduces all the characters in the small English town of King's Abbot, where the story is set: Mrs. Ferrars, Flora, Ralph Paton, Ursula Bourne, Hector Blunt, Colonel Carter, the formidable Belgian detective, Hercule Poirot, and many more. The story begins with the suicide of Mrs. Ferrars, which stirrs confusion; Rumors say that she poisoned her first husband, that someone was blackmailing her, and that she had a secret liaison with Roger Ackroyd. The mystery surrounding her death appalls everyone even more when Roger Ackroyd is brutally stabbed to death a few days later. Hercule Poirot, accompanied by Dr. Sheppard, set out to trace the tracks of a very sharp and devious killer. I found it extremely captivating up to the very end, which I found was the best part of the novel. There are so many twists in the plot, red herrings, clues, and foreshadowing, yet the solution to the crime completely eludes the reader until told. All the characters and their different possible motives, which Agatha Christie carefully presents, are subject to questioning; therefore, at one point or another, I suspected almost everyone to have committed the murder. What I loved most is that I was caught off-guard many times while reading. I have a vague idea in my head and then when I turn the next page, I'm proved wrong. Agatha Christie has an unbelievable imagination and talent that she is able to make such a simple detail become the turning point in the mystery. You are always expecting the opposite of what truly happens,and I think that is what is brilliant about her writing, and especially this novel. In the end, when you are told the conclusion to the story, the shock is so tremendous that it creates a smile on the reader's face. Automatically, you realize how obvious the answer was and how from the very beginning, the cards were layed out on the table face-up, yet you are still incredibly decieved. I would absolutely recommend this book to anyone and everyone who wants to have an insightful and captivating time trying to unravel the mystery of the death of Roger Ackroyd!

Published by Thriftbooks.com User , 21 years ago
When appeared in 1926, it was Agatha Christie's sixth novel under her real name and the third to feature Hercule Poirot, not counting a collection of short stories about the Belgian sleuth. It also caused a storm of controversy at the Detection Club, of which she was a member, because she broke one of their prime rules of detective fiction writing. (The trouble is, I cannot tell you what rule that was without ruining the solution for you.) But even if you disregard the twist at the end, you still have a thumping good murder yarn that concentrates very closely on Poirot's methods of ignoring nothing and--how I wish many of us were like this--refusing to twist the facts to fit his theories. This novel benefits further from the supremely comic (and believable) character of Caroline Sheppard, the narrator's sister. (This book is in the form of a journal kept like those of Dr. Watson by a participant in the events and therefore is in the first person. This gives Christie the right to keep Poirot's thoughts unknown to us until they are revealed to the center of consciousness.) The other characters, save that of Poirot, of course, are given just enough personality to make the plot work; but this is also expected in Christie's works. If you saw the dramatization of this book on A & E, you will see how badly they bobbled the "surprise ending" and even changed Caroline's character in a totally unnecessary way. It does, however, pare away some of the really extraneous business that Christie added to make her plot more complicated. Nevertheless, here we are dealing with an excellent READING of the entire original work on six cassettes published by Audio Partners. In "Death on the Nile" and "Murder on the Orient Express," which I have already reviewed, Audio Partners has David Suchet reading all the parts, using a different voice for each. Here we have actor Robin Bailey doing the honors and he is quite good. Of course, we might quibble that the character he is really playing, Dr. Sheppard, the writer of the journal, could not be quite so good a mimic; but as a reading, we suspend disbelief and enjoy Bailey's talent. What more to say? A very amusing novel read excellently is all one needs to give this Audio Partners offering a five-star rating.

Great book, but BE CAREFUL...

Published by Thriftbooks.com User , 22 years ago
This is a wonderful book--one of Agatha Christie's best, and justifiably famous. This was one of the last Christie mysteries I read, and I was mortified to find that I figured out who the murderer was early on. Because of all the hype surrounding this book and its...well, unique elements (I don't want to give anything away), I found the book somewhat spoiled for me. If you haven't read this book, I urge you NOT to read any reviews of it, because they do inadvertantly spoil it.

Published by Thriftbooks.com User , 22 years ago
The Murder of Roger Ackroyd was the first Christie I ever read - and it's a real masterpiece. The ending is pretty horrifying, but read the book again, and you'll wonder why you didn't notice various things - things the Murderer/Murderess (I'm not saying which it is!)said and did during the novel, that one didn't notice at the time. Extremely good stuff.

The Murder of Roger Ackroyd Mentions in Our Blog 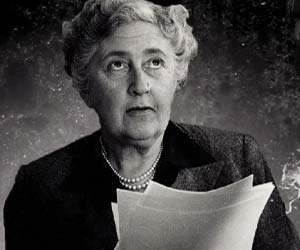