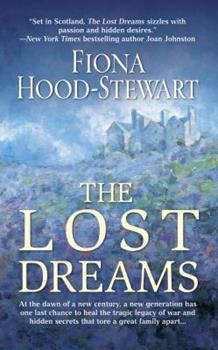 In the wake of devastating tragedy, Charlotte MacLeod has come home to Straithaird Castle on the ethereal Isle of Skye. Burdened by guilt and pain, she is determined to shelter her daughter from truths she herself can't face. But the arrival of Bradley Ward shatters her fragile peace.

Published by Thriftbooks.com User , 18 years ago
Though he supported the inheritance going to his Aunt Penelope MacLeod, the court ruled that Bradley Harcourt Ward inherits Strathaird Castle on the Isle of Skye. The American Brad, the CEO of a mega international corporation, schedules three weeks at the castle to straighten out the estate. His fiancée Sylvia Hansen will join him there after she completes company business.Brad arrives to handle the affairs as Lord MacLeod, but is upset to learn that Penny's daughter Charlotte and her teenage daughter have vacated the castle. He wants her to return to her home, but Brad also quickly realizes he still loves Charlotte though she married someone else. As three weeks stretches into six weeks, Sylvia realizes that Brad enjoys being the lord of the manor. She also concludes he loves Charlotte but Sylvia did not escape from the wrong side of the Little Rock tracks to go down without a fight. She plans to get him on her turf, New York City, and away from Charlotte's backwater castle.THE LOST DREAMS is a pleasant contemporary aristocratic romance. When the enjoyable story line focuses on the powerful romantic entanglements of the quartet, fans receive a superb tale. However, an intrigue subplot slows down the deep prime theme. As she did with THE STOLEN YEARS, Fiona Hood-Stewart endows her fans with an intense enjoyable novel.Harriet Klausner
Copyright © 2020 Thriftbooks.com Terms of Use | Privacy Policy | Do Not Sell My Personal Information | Accessibility Statement
ThriftBooks® and the ThriftBooks® logo are registered trademarks of Thrift Books Global, LLC