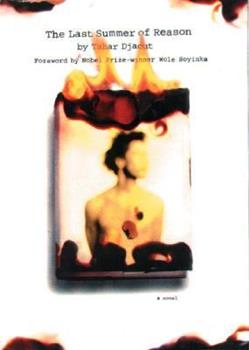 The Last Summer of Reason

This elegant, haunting novel takes us deep into the world of bookstore owner Boualem Yekker. He lives in a country being overtaken by the Vigilant Brothers, a radically conservative party that seeks... This description may be from another edition of this product.

Published by Thriftbooks.com User , 19 years ago
It is obvious that this book was still in manuscript form when it was discovered. My belief is that the author would have edited out certain passages, tightened up some of the prose, and fleshed out what is now only lightly sketched. Still, as a reader, I felt extraordinarily privileged in being able to read what was here. The novel is chilling and achingly beautiful. There are turns of phrase that are breath-taking, and there are descriptions of totalitarianism that caused my chest to constrict in dread. Reading this book is like reading novels written in the wake of fascism or Stalinism--the idea that all is controlled, no one is to be trusted, the only safety is within one's own head. But it is the meditations on books--on what books mean and how they mean--that is the true gem in this book. And the comparison of how one Book (be it Bible, Koran, or Little Red Book) can be given such power that it must eliminate all competition that comes from other books. And his thoughts on gender and what totalitarianism does to sexual relationships is deeply moving. There are so many things in this book to talk about. I grieve that its author is not around to participate in those discussions.

Published by Thriftbooks.com User , 20 years ago
Tahar Djout's words are absolutely beautiful. A lyrical sledgehammer....this book is ironic in its timing. The reader is given an idea of what it is like to live in a world of extremism and religious fanaticism. Wole Soyinka's introduction is worth the price. Invest a day in reading the words of the late author and think about the fanatics among you. Could we all become Djouts?

Published by Thriftbooks.com User , 20 years ago
how can the editorial review fault this book for a 'threadbare' plot? it was found in his papers after his death. it wasnt a finished product! but besides that, the book is excellent. never have i found a book which takes you into a place so swiftly. i am so glad i decided to read this book and recommend to anyone who hasnt or is wavering on whether or not to try it.

Published by Thriftbooks.com User , 20 years ago
At 145 pages, you can read this in a day, but it will stay with you longer than that. You really experience with the character, Boualem Yekker, the gradual removal of liberties, and his own acceptance of his inevitable death, and feel his pain as you would your own. It is also impossible to read about the threats to the character Yekker and wonder how much was fiction and how much was truth as Djaout suffered from repression before his death. A small but very powerful book -- a powerful voice silenced too soon.

"Who dares swear to the appearance of the following day?"

Published by Thriftbooks.com User , 20 years ago
It is profoundly affecting to read a book which is not in its final form because its author was assassinated. Doubly moving for the reader is this book's warning cry against mindless practitioners of fundamentalist oppression, the very people responsible for the author's death in Algeria. Djaout clearly knew he was in danger, knew why he was in danger, and knew why he, along with other writers and artists, represented a threat to single-minded fanatics in his country, yet he continued to create, leaving behind this final book, a legacy not just to compatriots who might feel like lonely soldiers against intolerance but to lovers of books throughout the world who sometimes take for granted the power and glory of a free press. Almost plotless, the book reveals the thoughts and feelings of Boualem Yekker, a lonely man who finds himself living "a blank life" in a society which has been subsumed by the Regulators of Faith, zealots who worship a god of vengeance and punishment and do not recognize love, forgiveness, or compassion. Several far more compelling, but unwritten, stories parallel this plot, however. First is the powerful story which the reader cannot help but conjure of the author's own travails as a writer trying to find an outlet for his creativity within a similar society, and his eventual assassination. Equally compelling is the interior story the reader cannot help but create, and which I believe the author expected his reader to create, of what his own life would be like under similar circumstances. Poetic and thoughtful, Djaout makes the world of a fanatical theocracy come alive, a world which many readers, like myself, could read about but not even begin to understand in the days after September 11. By allowing us to share the thoughts of a man whose "opinion of life was too high for him to make do with its shadow, its wrapping, and its peelings," we are granted entrée into such a world. Perhaps this is Djaout's greatest and most heartfelt gift to a public which did not listen in time to save his life. This is a stunning book from which only the most jaded reader will emerge unmoved and unchanged. Mary Whipple
Trustpilot
Copyright © 2022 Thriftbooks.com Terms of Use | Privacy Policy | Do Not Sell My Personal Information | Accessibility Statement
ThriftBooks® and the ThriftBooks® logo are registered trademarks of Thrift Books Global, LLC