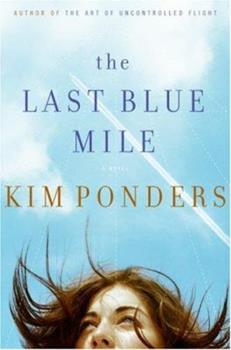 18-year-old Brook Searcy has just begun her first year at the Air Force Academy. Abandoned by her mother and raised by a loving yet distant father, Brook has surprised her traditional East Coast family by deciding to enter a completely foreign world -- the military. At the Academy she encounters both friends and terrifying foes, and experiences both first love and terrible loss as her relationships with her fellow cadets grow. Commandant John Waller,...

Great novel on women in military

Published by Thriftbooks.com User , 13 years ago
As a woman veteran, I really enjoy reading novels featuring women in the military,especially when they are written by military women. This was a good book and I had trouble putting it down until I finished it. Hope to see more of her books published featuring women in the military and in kindle format.

Published by Thriftbooks.com User , 15 years ago
Kim Ponders' latest novel could easily be read as a ripped-from-the-headlines book about the Air Force, sexual harassment, and encroaching political influence on the military. But Ponders is far too skilled a writer to remain at so obvious a level. Every time you think you know where the story is going, she lifts it effortlessly into a new dimension, one that soars beyond the obvious, deep into the heart and mind -- indeed, the soul -- of both the Air Force itself and the people in it. In fact she does indeed write about soaring (part of cadet training), and when she does, even as the gliders rise up into storm clouds, buffeted and all but lost to the earth, her prose is both gripping and lyrical. This same extraordinary blend infuses the whole novel, from the details of daily training to the inner lives of both cadets and officers, and the personal, ethical, and political dilemmas they confront. If you've never read Ponders before, I envy you reading her for the first time. Read 'The Last Blue Mile,' then read her equally brilliant previous novel, 'The Art of Uncontrollable Flight.' And thank the heavens that despite all the scandals surrounding today's military, people of Kim Ponders' caliber still serve in the Air Force reserves.

Published by Thriftbooks.com User , 15 years ago
Finally we have a first-class novel about the Air Force Academy to join those about West Point (Lucian K. Truscott's Dress Gray) and the Naval Academy (James Webb's A Sense of Honor). Kim Ponders, an Air Force reserve officer who did not attend the academy but clearly did her homework, profiles the institution from two radically different perspectives: a 19-year old female cadet, and the over-50 brigadier general serving as Commandant of Cadets. It's the mark of a superior novelist that she slips easily inside each persona, and their story lines are compelling. Their personal struggles are set against a backdrop of larger issues, to include the stupendous challenges faced by female cadets and officers as well as the insidious threat posed by uncompromising evangelical Christianity within the cadet wing and the USAF officer corps. Looming in the background is an even larger issue Ponders approaches and will (we hope) explore in future books -- the organizational culture of the U.S. Air Force, a successful twentieth-century institution adrift in the postmodern, post-9/11 world of the twenty-first century. This gripping novel also explores some interesting byways, such as soaring and falconry. The author lists her current reserve duty as speechwriter for the Commanding General of the US Air Force Reserve; having seen a sample of her prose, I'll definitely have to google some of that guy's speeches.

Published by Thriftbooks.com User , 15 years ago
Author Kim Ponders served in active duty in the Air Force during the first Gulf War and was one of the first female aviators in American history to fly in a war zone, so the setting and protagonist in her novel THE LAST BLUE MILE are strikingly realistic portrayals. Teen Brook Searcy is a freshman at the Air Force Academy trying to survive in a male-dominated military structure when a cheating scandal involves her and General John Waller. Their search for truth - and her place in academy life - join their lives in a similar pursuit for justice in this fast-paced novel.

Published by Thriftbooks.com User , 15 years ago
This is a powerful and touching novel. At first glance I thought I couldn't possibly comprehend Ponders' novel without military background, but she raises difficult questions about honor and responsibility of which anyone can relate to. From this book, I discovered the reality of religious and sexual politics in the military. I was surprised to grasp the ways religion can affect a military and cause uncertainty and doubt amongst its leaders and soldiers. I have come to appreciate the grueling training our military forces endure, as well as the difficult decisions a military general like Waller must face to keep his ranks in line. This novel has given me a new awareness of the difference between how a war is perceived and what it truly represents. Ponders' has truly captured the complexity of life as an Air Force cadet and I'm honored to recommend The Last Blue Mile to anyone fascinated with the military world and those who just want to devour a brilliant novel.
Trustpilot
Copyright © 2022 Thriftbooks.com Terms of Use | Privacy Policy | Do Not Sell or Share My Personal Information | Accessibility Statement
ThriftBooks® and the ThriftBooks® logo are registered trademarks of Thrift Books Global, LLC