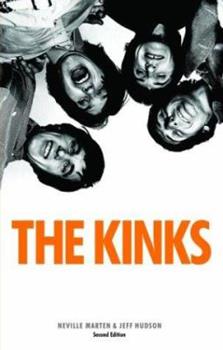 Fully updated and revised to include brand new interviews with the band and their contemporaries, this biography of the quinessential English pop group now includes the band's induction in the Rock'n'Roll Hall of Fame, their 2001 US tour and the release of their album, Songs We Sang For Auntie.

Published by Thriftbooks.com User , 13 years ago
This was the first Kinks book I ever stumbled across. It's very well-written, by two rock journalists, definitely Kinks fans. The text is primarily the story of the band and the Davies brothers. There's no in-depth analysis or chapters devoted to a single song, but I would say this makes an excellent counter to Tom Kitts' 'Not Like Everybody Else,' which fulfills the function as an analysis of the band's work. This book has been published also as 'Well Respected Men.' My only critique is that the book ends on the note of "They might get back together, who knows!", written in 2001, before Dave's stroke, Ray's first major ventures as a solo artist, and Pete Quaife's announcement that should there be a reunion, he wouldn't be involved due to his health. In all fairness, you can't blame hoping. Many Beatle books published before John's death ended on a similar note. I'll keep my fingers crossed, Neville and Jeff, but I'm not going to hold my breath. I highly recommend this book to someone interested in The Kinks who wants to learn more about their story.
Trustpilot
Copyright © 2022 Thriftbooks.com Terms of Use | Privacy Policy | Do Not Sell My Personal Information | Cookie Preferences | Accessibility Statement
ThriftBooks® and the ThriftBooks® logo are registered trademarks of Thrift Books Global, LLC