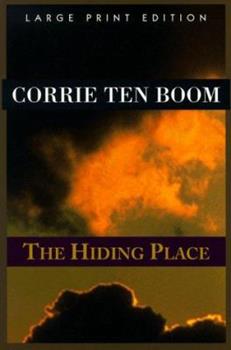 Already a sensation around the world: family life meets historical romance in an astonishing novel about two people who find each other when abandoned by everyone else, marking the signal American debut of a writer who richly deserves her international acclaim. On the outskirts of a small town in Bengal, a family lives in solitude in their vast new house. Here, lives intertwine and unravel. A widower struggles with his love for an unmarried cousin...

My Happiness Is Back

Published by sarah123 , 2 months ago
I am very happy today with my family. My name is rose sarah living in USA, My husband left me for a good 3 years now, and i love him so much, i have been looking for a way to get him back since then. i have tried many options but he did not come back, until i met a friend that darted me to Dr.Jude a spell caster, who helped me to bring back my husband after 2 weeks. Me and my husband are living happily together today, That man is great, you can contact him via email virgolovespell@gmail.com… Now i will advice any serious persons that found themselves in this kind of problem to contact him now a fast solution without steress.. He always hello, now i call him my father.contact him now he is always online email (virgolovespell@gmail.com) or contact him on his whatsapp mobile line +2348034062173

Published by Bookgirl , 4 months ago
Absolutely inspiring. A must read for believers and unbelievers.

This book was full of writing in the inside and on the cover. I’m trying to find a new copy.

Published by Gretchen Ruby , 8 months ago
This book is wonderful. It’s one of my favorite books. I love the positive mood in which she writes in such a dark time.

Published by K , 9 months ago
This woman's story will have you questioning everything you knew about the Holocaust. She was brave and saved over 800 lives with her, and her family's actions. This book brought tears to my eyes. She even tells you how she questioned her sister and her faith but ultimately found her faith was the way to go.

Published by Must Read , 1 year ago
Great book. I’ve heard lots of stories and quotes about Corries life and was so excited to read this book. Such a story of forgiveness, being thankful for ALL things because you never know how God is working out things and this families struggles and how it can all be used for Gods glory.

This brings one back to reality

Published by Minerva , 2 years ago
This is a perfect example of how people used to care about one another. Sacrificing their own comfort and well being to help another human. Every adult should read this book!

A Must-Read for All Christians

Published by Mandar1484 , 2 years ago
This books was such a rich, deep well of sharing the hope of Christ in the midst of the darkest storms of life. Corrie ten Boom tells the story of being imprisoned by the Nazi’s for aiding Jews fleeing persecution during WWII, and I simply could not put this book down. To see the way the Lord worked in each member of the ten Boom family, and see their reliance upon and devotion to Him even in the blackest of times was such an encouragement to me. One of my favorite quotes read, “The blacker the night around us grew, the brighter and truer and more beautiful burned the Word of God. ‘Who shall separate us from the love of Christ? Shall tribulation, or distress, or persecution, or famine, or nakedness, or peril, or sword...Nay, in all these things, we are more than conquerors through Him that loved us’ ”. A must-read for all Christians-you will be blessed through the testimony of Ms. ten Boom.

Published by Thriftbooks.com User , 3 years ago
What especially stood out to me is how Betsie could forgive the Germans, seeing them as people and feeling sorry for them... loving them with God’s love. An amazing story of how faith and courage triumph. If we do what we know is right we will be rewarded by God in the end, no matter how difficult the journey.

Published by Thriftbooks.com User , 12 years ago
Thank you so much for your consideration in expediating my order. I would definitely recommend you!!!

Published by Thriftbooks.com User , 17 years ago
The ultimate "Hiding Place" is within God. Such a short and simple statement, that holds great power. This simple fact was divinely revealed during the Holocaust for Corrie Ten Boom and her family, and in this book, HIDING PLACE, she shares what happened. Corrie, a native of Holland in her early 50's, became involved in the underground movement to hide Jews and others persecuted by the Germans. Holland was invaded by the Germans which made it very difficult to hide the refugees, as well as hide Corrie's role in their protection. While hiding several refugees in a false room in her bedroom, Corrie and her sister Betsy, as well as their aged father are taken prisoner by the Germans. Corrie is ill, while Betsy has suffered from an ailment since childhood and has always been frail. They are separated and do not see each other for quite some time. While being moved to another prison, the sisters are reunited and Betsy, by example only, helps Corrie cement her faith in God as well as learn to rely on him and trust solely in him. Again and again, Corrie is able to hide her small bible that a kindly nurse was able to slip to her. She hid it through numerous, supervised showers and naked inspections. God's Hiding Place was in action. Fleas that disgusted the guards became another thing to thank God for, as they created a "Hiding Place" for Corrie and Betsy as they revealed God's word to other captives and were able to give new life and hope in God. The sisters endure many humiliations and hardships that no human being should ever have to even dream about. Throughout all, their faith in God is strengthened and the book gives example after example of how this faith is met by God. I wept while reading this book, and I was ashamed that I complain about small things: Whether or not my neck hurts today, or I'm put out because my favorite TV show isn't on. I fear that I would have died a very bitter person if I were in that circumstance. If I am faced with tribulation, I hope that I would not, but that I would instead remember and be inspired by Corrie's story. Recommended Yes Pros Honestly and humbly, reveals God's power in the worst of circumstances. Cons None The Bottom Line Get this book and read it. Buy multiple copies and give them to everyone. We should all be so humble and take refuge in the Hiding Place.

Published by Thriftbooks.com User , 20 years ago
This is an absolutely extraordinary book. Never have I read a book in which the spiritual beauty of the author so resonated throughout the story. The purity of heart that manifests itself in this inspiring saga of a heroic, Dutch family in Nazi occupied Holland during World War II is stunningly beautiful. This is the true story of the Ten Boom family who, during the Nazi occupation of The Netherlands, upon seeing what was happening to their Jewish neighbors and friends, asked themselves this age old question "If not us,...who; if not now,...when?" They answered it, ultimately at great cost. The Ten Booms were devoutly Christian and lived a simple life. The patriarch of the family ran a watch shop that had been in his family for a century. Some of the family members, the author among them, worked there, selling and repairing clocks and watches. They also lived in the house in which the shop was located. When the Nazis occupied their country, the reality of what it meant slowly dawned upon them, as they saw the treatment given to their fellow Dutch citizens of the Jewish faith. Moved by their plight, the author at the age of fifty, together with other members of her family, including their father who was nearly eighty, became active in the Dutch underground. When it became clear to the Ten Booms that Jews were being targeted for deportation and death, they had a false wall constructed in the author's bedroom, thereby creating a secret room. There, they would hide the terrified Jews who were staying with them, in the event of a Nazi raid upon their home. Eventually denounced by someone to the Nazis, the Ten Booms were arrested and their home raided and torn apart by the Gestapo, in their search for the Jews they believed to be hiding there. At the time of the raid, the Ten Boom home was filled to capacity with Jews in hiding. So well concealed was the hidden room that had been created by the erection of the false wall, that these poor, terrified Jews managed to escape detection. The Ten Boom family did not fare so well. It was upon their arrest that they learned first hand of man's inhumanity to man, and their faith was put to a test that they had never dreamt possible. It was faith, however, that sustained the author in what was to be her darkest hour of deepest despair. To find out what happened to the Ten Booms, read this book. It is the story of an incredible family, who had the courage to put their convictions to the test. This book is a masterpiece. The reader is sure to be captivated by the goodness and spiritual beauty contained within its pages.

The Inspiring Story Of A Real Family

Published by Thriftbooks.com User , 20 years ago
I've been aware of this book for a number of years, and finally read it when my friend Ann said I was missing a great story. Now, after reading it, I'm encouraging everyone to do the same. The story begins in 1937 when a Dutch family is preparing for the 100th birthday of the family shop, Ten Boom: Watches. Flowers are being delivered and friends are calling to help celebrate the day. The conversation centers around Germany and the Jews who are coming to Holland for asylum. The Ten Boom's and their guests could not have foreseen what was to come. Their world had changed. This is the autobiographical story of Corrie Ten Boom and how she and her family worked for the Dutch underground movement during World War II. The family were Christians and took a very strong stand against the Nazi persecution of the Jews. Corrie's father, a kindly, religious man, summed up his thoughts on the Nazis by saying, "I pity them Corrie. They have touched the apple of God's eye." Corrie and her sister, Betsie were two ladies aged 45 and 52 years of age, respectively. They are the unlikely heroines of this story. Never married and rather innocent of the world, they proved the old saying that "you can't tell a book by its cover." Both sisters risked everything they had including their lives to save people they didn't even know. In today's world of "me first", it's so encouraging to read a story of a family that truly lived their faith and practiced the Golden Rule.
Copyright © 2020 Thriftbooks.com Terms of Use | Privacy Policy | Do Not Sell My Personal Information | Accessibility Statement
ThriftBooks® and the ThriftBooks® logo are registered trademarks of Thrift Books Global, LLC