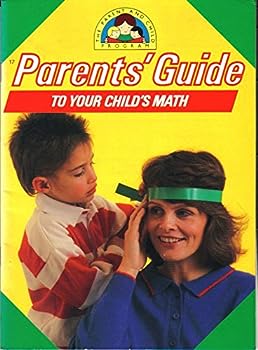 Parents' Guide to Your Child's Math (The Parent and Child Program)

This description may be from another edition of this product. After the death of his mother, young Mark Dolan is sent to live with relatives, and discovers that his young cousin is engaging in some dangerous pranks. Movie tie-in.

Looks can be deceiving...

Published by Horror crazy , 1 year ago
Anyone who looks at 10-year-old Henry Evans would think he’s just an ordinary kid, a really nice boy who is even extra nice to his little sister. But his visiting cousin, Mark, knows better. If Mark seems a bit solemn, it’s understandable since his mother recently died of cancer. Not long after, he was sent to stay with his aunt and uncle while his father went on a long business trip. When he met Henry, the family’s oldest child, who was Mark’s age, the two hit it off, quickly becoming friends. Still, Mark couldn’t help but notice there was something a little off with Henry. The boy seemed to have very little reaction to anything that happened to him, as if he was incapable of showing emotion. And some of Henry’s hobbies seemed a little disturbing. But, when he pulled a horrifying stunt with a creepy dummy he called Mr. Highway, a stunt that Mark realized could’ve resulted in a fatal accident for any number of motorists on the highway, Mark was terrified by realization that Henry was either evil... or crazy! Now, even though no one believes him, Mark is in a deadly conflict with Henry as he tries to find proof that Henry is dangerous. Not only does his own life depend on it, so do the lives of Henry’s family! Todd Strasser does an amazing job of turning this 90s hit thriller into a taut, chilling novel, one that will keep fans of really scary books in agonizing suspense throughout its short 212 pages! Enjoy!

Published by Thriftbooks.com User , 15 years ago
The Good Son is about a boy named Mark. His mom recently died so now he only has his father. Mark's dad has to go on a business trip in Japan so Mark has to live with evil cousin name Henry. Mark and Henry are both about 12 year old. Henry killed his own brother two years ago, but no one knew except for Mark. In the end Henry died and everyone figured it out. Here is what I like about Mark and things I don't. To begin Mark never quit. He was determined to bust Henry out. One thing I did not like was that he had evidence that he did not use against Henry. Mark should have shown them the garage. Those were some things I like about Mark and things I didn't like.

Published by Thriftbooks.com User , 19 years ago
The Good SonBy Todd Strasser Saddened by his mother's death and left by his father who went on business trip, 12-year old Mark finds himself staying with his cousin, Henry, throughout his winter break. While he is there something totally surprising happens. His 12-year old cousin seems.. well.. evil! After killing a dog and threaten to kill his family, Mark decides he has to put stop to this. Unfortunately, more he hangs out with Henry, the more Henry scares him. Nobody believes Mark, so he has to gather up his courage and take the risk in order to save Henry's family. "Mark looked over the rock. On the other side of the stream was the brown and white dog- the one that had chased them over the footbridge. It was trotting along the water's edge unaware of Henry and Mark. Henry began to move the spike gun in tome with the dog. It seemed to Mark that Henry was aiming right at it.What are you doing? -Asked MarkThere was a click and a loud sprung." This book really shows that you have to trust in yourself to achieve something. I think that this book will really stop your heartbeat, and I promise you that you will be put through a scary, but an exciting adventure. It's a book that you will cherish forever.

Published by Thriftbooks.com User , 24 years ago
Some movie novelizations are very bad. Others are very good. "THE GOOD SON" falls in with that good category. The book is chilling and very good writing. It gives us a portrait of our young hero, Mark, played by Elijah Wood in the movie from 20th Century Fox, that is not seen in the movie. We can hear his thoughts on the death of his mother. The character of Mark in the movie seems at times selfish and mean to those trying to help him, like Alice Davenport. In the book we see why he acts like this. Of course, the movie can't be blamed for this; it is just a movie and it would be distracting if we actually did hear Mark's thoughts. The best part of this book is the portrayal of Henry, played by Macaulay Culkin in arguably his best performance. The movie does not have time to show the darkest sides of Henry and the book makes him more evil and more heartless. The movie is dark and exciting, but it is not often scary. I read the book before the movie, and both are very good. Both gi
Copyright © 2020 Thriftbooks.com Terms of Use | Privacy Policy | Do Not Sell My Personal Information | Accessibility Statement
ThriftBooks® and the ThriftBooks® logo are registered trademarks of Thrift Books Global, LLC