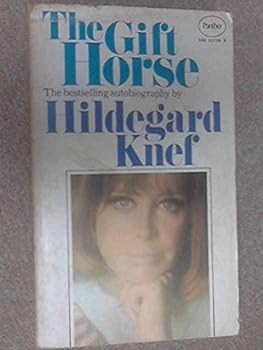 Very turbulent life of an actress

Published by Thriftbooks.com User , 20 years ago
The autobiographer gives you a lot of attitude. Apparently the attitude of someone who grew up during the Third Reich and the war. Who also survived a month or so disguised as a soldier battling against and captured by the Russians. Then you get experiences from post-war hollywood and the Broadway stage. I'm sure you would have to have been there to really understand but it gave me more of a sense of the times than the history books.
Trustpilot
Copyright © 2022 Thriftbooks.com Terms of Use | Privacy Policy | Do Not Sell My Personal Information | Accessibility Statement
ThriftBooks® and the ThriftBooks® logo are registered trademarks of Thrift Books Global, LLC