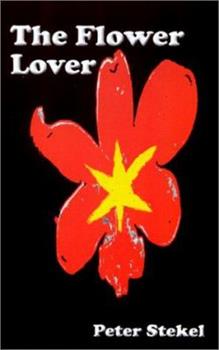 The Flower Lover follows Richard Garcia as he looks into the disappearance of a rare, cultivated, orchid. Garcia's queries lead him to uncover a clandestine group that is selling weapons illegally. Thematically, The Flower Lover covers the tacit approval of government and duplicity of multinational corporations in destabilizing third world nations. There is a desire within us all to be heroic. We say we must be valiant but shirk the responsibility...

Published by Thriftbooks.com User , 21 years ago
As a Seattle native, I found THE FLOWER LOVER engaging from beginning to end. It's coomplex and intriguing plot kept my own sleuthing skills on edge. I throughly enjoyed how the author wove the plot through many places with which I am familiar. His characters were well developed and believable. This book would be an exellent read for anyone interested in mysteries, adventure aand suspence!

My Thoughts on "The Flower Lover"

Published by Thriftbooks.com User , 21 years ago
I simply must share my observations concerning Peter Stekel's marvelous mystery thriller, "The Flower Lover." Aside from generally being a page turner, I have come to really identify with and care for the protagonist, Richard Garcia (who does not look Hispanic and has a good reason for it, despite being tired of spouting it so often).Garcia is everyman, but there is "something" about him, that make people sit up, take notice and respect. But he's no superman ...I'd like to comment on a dozen or so scenes and passages that really made some sort of impact on me:On page 61 Garcia and his wife Sarah engage in a "quickie" in his hospital room (he had been assaulted). What was funny were her humerous reactions to hospital personnel on the following page. "Sarah shyly re-entered the room" (after "washing up") as Her husband's blood pressure is being taken. When told it was a bit high "considering all he had done was lay in bed for the last 12 hour, Sarah looked away and gave a slight cough, hiding her face with the back of her hand."On page 70, Garcia gets tired of dropping tens on a non-responsive hotel clek/owner and without warning shatters a potted plant to get his undivided attention, before browbeating him into telling what he knew (page 70). Some interesting stats on the actual cost vs. amount charged for drugs (never mind the street value), was mind opening and contributed toward the concept of drug legalization (page 75).Mr. and Mrs. Joyce are quite a couple (pages 77-84) and just imagining her trying to forcefully keep Garcia (grabs him around the waste and then must decide if a phone call is more important), from her husband's office, blew me away. Her shooting of a phone with a supposedly empty gun was funny as well. "Garcia glared at James Joyce, "It would be fair to assume you lied about the gun."The point I'm trying to make is, I am really enjoying myself as I read "The Flower Lover." I'm made to think, to smile, to cringe and most every range of emotion. What more do you want?The second half of "The Flower Lover" was as good, if not better, than the first. You will note, that I have been very impressed thus far.A few of the second half highlights: The way in which Garcia is always telling people he is after all, an investigative reporter and how that phrase came back to haunt (or taunt) him (pages 98, 139 & 142).Garcia while not rich, is very honest, refusing to take hundreds of dollars from the wallet of a man who wouldn't blink about killing him (page 99). That is one interesting protagonist and his wife Sarah, almost equally so.The lesbian reference (page 103) and the oral sex scene (page 158)were titillating, with neither being out of character for the book, nor detailed. Simply the alluding to these acts was enough to get ones (read: mine) imagination going.And the unexpected axe attack by Charles Ng (pages 162 & 163), made for some eye opening reading.There is a twist to the ending, which I liked and I must say that the enti

Published by Thriftbooks.com User , 21 years ago
It is such a refreshing change to read a book where the author takes the time to research the topics that are discussed. Mr. Stekel covers topics ranging from aikido, to kayaking, to plant natural products extraction and use as pharmaceuticals in this book, and in all of these (widely varied) topics he shows that he took the time to not only get a passing acquaintance with the material, but to understand it at a level that experts in the field do not cringe when they read it. On top of all of that, I found this book to be a great read, with an interesting and well developed plot. Garcia, the protagonist, is a fascinating character who stays outside of the generic mold. Highly recommended.

Published by Thriftbooks.com User , 21 years ago
A grand romp thru Seattle and Los Angeles where a well constructed mystery takes twists and turns like a cyclist thru traffic. Mr. Stekel has a sharp eye for detail and uses language in a way that brings the city to life. It is completely entertaining.

A Sam Spade for the New Millennium

Published by Thriftbooks.com User , 21 years ago
This is a book that grabs you by the heart, mind, and soul!Steeped in the best traditions of the hard-boiled detective story, this murder mystery is utterly modern in its sensibilities. Sex and drugs, crime and corruption, love and redemption -- this novel's got it all!Beyond this timeless style and these timely themes, what impressed this reviewer the most was the quality of those other three linchpins of literature: Setting, character, and plot.Regardless of where you read this story, you live this story in the heart of that most contemporary of American cities, Seattle, Washington. Whether you're hobnobbing with the powerful in an uptown mansion, rubbing elbows with the wretched in a downtown mission, or racing for your life in a crosstown chase, you can't help but see, hear, feel, smell, and sometimes even taste all that our adventurous protagonist does.And what a character he is! No better or worse than most of us, Richard Garcia has made a career of relentlessly seeking the truth -- previously as a learned professor, currently as an investigative reporter. But one suspects that this man would not be up to this often formidable task if it weren't for his Sarah, a woman who has seen as much of the underside of this world as has her cynical man but who has emerged with faith, hope, and love enough for two -- and us as well, if we dare.Rounding out the cast of characters are a parade of colorful souls whose words, actions, and interactions seethe with life and ultimately make sense of this most intricate and unpredictable of plots for our detective and us."The Flower Lover" is for anyone who loves a good read.
Trustpilot
Copyright © 2022 Thriftbooks.com Terms of Use | Privacy Policy | Do Not Sell or Share My Personal Information | Accessibility Statement
ThriftBooks® and the ThriftBooks® logo are registered trademarks of Thrift Books Global, LLC