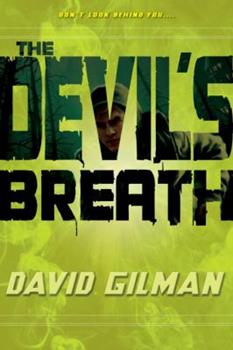 (Book #1 in the Danger Zone Series)

WHEN AN ASSASSIN bursts from the shadows to try to kill him on the dark, windswept grounds of his boarding school in England, Max Gordon realizes his life is about to change forever. After learning that his explorer father is missing, Max is determined to find him, no matter what dangers may lay in his path. A secret clue his father left behind leads Max to the inhospitable wilderness of Namibia, where he soon discovers a potentially massive ecological...

Published by Thriftbooks.com User , 12 years ago
Max Gordon is on the run. He was almost killed by an assassin, his dad has been kidnapped, and he only has one clue as to where he is. Still, he is determined to find him no matter what kind of danger faces him. With the one clue he is given, he figures out that his father is in the deserts of Namibia exploring a company that is about to hurt thousands of people. Those people know that Max's dad has found evidence against them and think that Max has knowledge of this evidence, as well. While he is on the mission to find his father, regardless of the evidence, the company is determined to kill Max. Max is aided with the help of Koga, a local bushmen, who has a very keen sense of the wild; Kallie van Reenen, a local girl who has a great knowledge of planes and the sky; and his best mate back in England. All three of these people form Max's support system as he embarks on the most grueling adventure imaginable, all in search of his father. Will Max be able to beat the odds and survive - or will his captors get the better of him? THE DEVIL'S BREATH is an action-packed book that any reader will find hard to put down. With every page turned, you don't know what's coming next, and you're on the edge of your seat. Throughout the book, you hear the story from different perspectives, whether it be the main story from Max, the antagonist's point of view, and even sometimes the story is heard from Max's two friends, who are helping him with his search to find his father. I thought that the use of alternating perspectives was interesting, but at times it got confusing because some of the characters sounded the same. While the author did a great job building up the book with lots of suspense, I did find parts of the story to be very predictable and not that interesting. Other parts of the book, though, definitely made up for this, and I found myself intrigued. At times the book got a bit violent, which I didn't think was necessary, but it may have been appreciated more by the male readership. Despite this fact, I think THE DEVIL'S BREATH would be a good read for all teens, and it was a good start to a potentially thrilling series. Reviewed by: Tasha

Published by Thriftbooks.com User , 12 years ago
I enjoyed this immensely- it has all the action of an Alex Rider novel laced with satisfying mysticism of African shamanism. Max's father, ostensible an ecological researcher,disappears at the same time an attempt is made on Max's life. Max needs to disappear and find his dad. Non stop adventure and mystery set in Africa.
Copyright © 2020 Thriftbooks.com Terms of Use | Privacy Policy | Do Not Sell My Personal Information | Accessibility Statement
ThriftBooks® and the ThriftBooks® logo are registered trademarks of Thrift Books Global, LLC