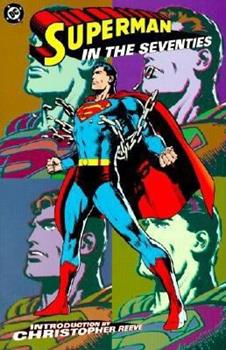 Superman in the Seventies

(Part of the Superman in the... Series)

A sequel to the hit collection Superman in the Sixties The early 1970s were a time of change for the Man of Steel. As Clark Kent shifted from being a newspaper reporter to a TV newscaster, his alter ego saw the destruction of all remaining Kryptonite on Earth This period also featured many new villains, including Terra-Man, and the dramatic reintroductions of such foes as Lex Luthor -- in green and purple armor