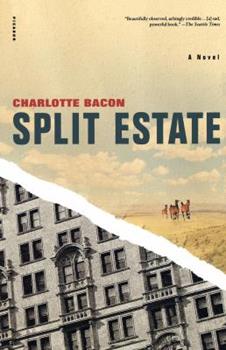 Arthur King has lived in New York for all his adult life when his wife commits suicide one afternoon while he's away. Left alone with two teenage children, overwhelmed by the prospect of city life without his wife, Arthur decides to move the family to the small Wyoming town where he grew up. They are welcomed there by his mother, a tough, observant Western woman still clinging to the family ranch (while protesting local drilling companies on the side)...

Published by Thriftbooks.com User , 12 years ago
How can a family reconcile their studied indifference to a deeply disturbed woman who provides daily sustenance to their lives? How will a husband, a son, and a daughter recover from her final self-destructive action: his wife and their mother jumping out of a window in the New York City apartment where they shared the seasons of their lives? Overwhelmed by his own loss, Arthur is ill fit to render care and compassion to his teenage children, bewildered and confused in their efforts to decipher why fate has inflicted such a tragedy upon them. Unable to envision New York City as a suitable place for his family to heal, Arthur packs up his family and drives to the small town of Callendar, Wyoming, his mother's ranch, his beginnings. There we meet the matriarch, Lucy King, who manages her dwindling ranch, and wonders whether this new arrangement with her son and her grandchildren will provide the solace, they sorely need. As ranching loses its luster, and neighbors sell mineral rights to their land, Lucy struggles with her own personal demons. The personal resolution of each character's conflicts is a study in human nature and endurance at its best. Charlotte Bacon persuasively captures each character's persona as they undertake essential daily struggles and in so doing, discover the inner strength vital to advance beyond grief, and move forward.

A stark and haunting examination of grief

Published by Thriftbooks.com User , 13 years ago
Split Estate is a quietly powerful novel that examines the grief of the King family some time after Laura King jumped from their tenth-story New York City apartment, leaving no explanation. Arthur and his two teenaged children, Cam and Celia, are individually and collectively damaged by the suicide, and in desperation, Arthur drags Cam and Celia to live temporarily with his mother, Lucy, in his hometown of Callendar, Wyoming. Laura's memory isn't banished by a mere change of scene, however, and as the Kings struggle to relate to each other and adjust to life in Wyoming, each has grief and anger to contend with. The novel's title refers to the mining in Wyoming; as the ranching way of life has become harder and harder to sustain, families have begun to sell off the rights to mine their land, resulting in a split estate. Likewise, Laura still possesses the underlying foundation of the King family, and the question is whether they can either reclaim what they've lost or move on to lives without it. Bacon's spare, precise prose illuminated with poetic turns of phrase ably compares the brutal reality of Wyoming with that of grief. As the Kings settle into their lives, there is hope that the change of scene might save what is left of the family. Chapters alternate between Arthur, Celia, Lucy, and Cam, but because the grief is collective as well as individual, this doesn't result in a lack of continuity; rather, the story is more nuanced and developed for the varied points of view. Each person has his secrets that are slowly revealed to the reader, and the ending is both shocking and inevitable. This is a beautiful, heartbreaking novel of despair, family, and Western life.

Published by Thriftbooks.com User , 14 years ago
My Grandmother has often described a Wyoming to me that is paradoxically small in its vastness; a place of compact points of view floating in an endless sky. Charlotte Bacon has sculpted characters who flail against the implied fences of a small ranching community, one where incipient boredom and the rocky landscape openly brawl with modern developments in mining and commerce. The main players in the story have returned to live in Wyoming following painful and violent personal loss. A broad frontier gives physical heft to the void in their family, and allows each to roam and wander in states of profound grief.
Trustpilot
Copyright © 2022 Thriftbooks.com Terms of Use | Privacy Policy | Do Not Sell My Personal Information | Accessibility Statement
ThriftBooks® and the ThriftBooks® logo are registered trademarks of Thrift Books Global, LLC