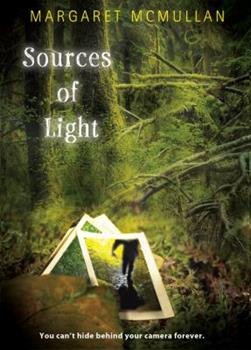 It's 1962, a year after the death of Sam's father--he was a war hero--and Sam and her mother must move, along with their very liberal views, to Jackson, Mississippi, her father's conservative hometown. Needless to say, they don't quite fit in. People like the McLemores fear that Sam, her mother, and her mother's artist friend, Perry, are in the South to "agitate" and to shake up the dividing lines between black and white and blur it all to grey. As...

Should Be Placed On All Children's Summer Reading Lists

Published by Thriftbooks.com User , 11 years ago
This has been a great read and I highly recommend it for young adults everywhere. It's a story about Mississippi in the 1960s and the fight for segregation and how hate and racism affects all relationships, working, family, friendships, and community. Samantha is 14 going on 15 and her after her dad dies in Vietnam, her mother accepts a teaching position in Mississippi. Samantha and her mom have different ideas about race, class, and segregation than the rest of Mississippi in 1962 tho and Samantha is about to find that out the hard way. After her mom goes to an African American college and gives a lecture, people begin attacking her mom in the papers, throwing stuff in their windows, and applying hateful graffiti to their front door. Samantha even witnesses the depths of southern hate right there in her local drug store while angry white men poor ketchup and drinks over the head of a young African American woman sitting at a counter. Samantha's school assignment is to do a report on the state of Mississippi and as she attempts to capture the state from behind a hand me down camera, racism and hate is all she sees. On top of the race riots that seem to be going on right in her backyard, Samantha is also dealing with her first crush.. to a boy that may possibly be one of those angry white men. Will her personal beliefs take precedence over young love? She must also deal with a budding relationship between her mother and a young photographer. Great novel. I only grew bored during one part. When Samantha visits her grandparents for Christmas... it really doesn't have much bearing on the rest of the tale... felt out of place. Otherwise, good tale and should be placed on children's summer reading lists this year.

Sources of Light - A Pleasure to Read

Published by Thriftbooks.com User , 11 years ago
Sources of Light by Margaret McMullan is a book that caught my eye at the library a few weeks ago. I was even more excited to see it make the Indie Bound Children's Book List for Summer 2010, giving me some reassurance that this would be a book I would enjoy. Well, not only did I enjoy Sources of Light, but I will be highly recommending it, and it has left me with a little bit of a let down, not knowing how I can find something next that will measure up. Set in 1962, Jackson, Mississippi, Sam and her mother are freshly transplanted there after her father's death in Vietnam. While Sam wants to fit in, her mother, who teaches art at the local college doesn't have any intention of blending in, and garners some attention when she speaks at a black institution. Sam and her mother start to receive threatening phone calls, their mailbox is set on fire, and several other warnings are sent to them to try and reign in their desire to help the civil rights movement. Perry, another professor at the college becomes a friend of theirs (eventually dating Sam's mom), and introduces Sam to photography. With her camera from Perry Sam is able to capture Mississippi at its best - and its worst. This is something that most people in Jackson aren't willing to accept or acknowledge at this point. Perry is also someone who wants to help blacks escape the racism they experience, and while he knows it's danger, he is unable to live his life as a bystander, allowing this to go on. Eventually Sam gives up on trying to fit in with the popular crowd, no longer caring what Mary Alice McLemore wears or what she says. Stone McLemore, Mary Alice's older brother, asks Sam to the school dance, and the two begin a romance impeded by the Klan activities of Stone's father. This book was absolutely perfect. From the bomb shelter that Mary Alice's family constructed to the Tang served at breakfast, to the space race, and mention of Kennedy's worries over Castro, Sources of Light is a flashback of America in 1962. McMullan captures what life in Jackson was like in the 60s and the small ways in which ordinary people helped create change. Perry's talent at photography helped communicate so much about life in Mississippi, showing in black and white how life continued. And this book broke my heart and gave me hope - all at the same time. I rarely re-read, but this is one I would happily read again, giving me a chance to find snippets I had not yet had time to think about and appreciate.
Trustpilot
Copyright © 2022 Thriftbooks.com Terms of Use | Privacy Policy | Do Not Sell My Personal Information | Accessibility Statement
ThriftBooks® and the ThriftBooks® logo are registered trademarks of Thrift Books Global, LLC