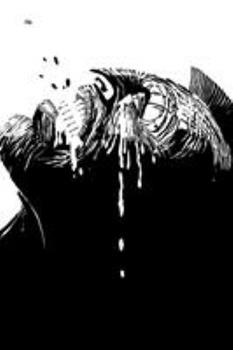 The first volume of the crime-comic megahit that introduced the now-infamous character Marv and spawned a blockbuster film returns in a newly redesigned edition, with a brand-new cover by Frank Miller - some of his first comics art in years! It's a lousy room in a lousy part of a lousy town. But Marv doesn't care. There's an angel in the room. She says her name is Goldie. A few hours later, Goldie's dead without a mark on her perfect body, and the...

Published by Pollock , 3 months ago
Could not have asked for a better graphic novel. Excited to read the rest.

Published by Thriftbooks.com User , 11 years ago
As a teenager I was very fond of comics, later my passion declined but I still pick up some classics as Harold Foster's "Prince Valiant", Hugo Pratt's "Corto Maltese" or the Argentinean Hector Oesterheld "El Eternauta" and enjoy them. I'm not immune to this kind of products, even if not a fan either. So I decided to watch "Sin City" movie and was overwhelmed by its dark imagery. Next step was to search for the original graphic book and take a look. "The Hard Goodbye" is the first volume of the series. The book is very well translated and first quality paper is used. Frank Miller draws this book in black and white. He needs no color to express himself! He is a real wizard shaping his characters mostly without chiaroscuros. White figures over black board and vice versa. He uses a minimal line and obtains maximum expression; just take a look in the initial pages to Nancy dancing; later on the "rain scenes" with Marv crossing a bridge and successive vignettes. Frank Miller is not only the cartoonist of "Sin City"; he is its writer! This is an ideal situation enhancing his affectivity and directness. The "hero" is a gruff, bloodthirsty and revengeful brute. Nevertheless deep inside there is a spark of goodness and nobility that redeems him. After enjoying Goldie's favors only a couple of hours, she is murdered while Marv is senseless drunken. When Marv awakes the police are on the run and HE will be blamed! He escapes and starts his vengeful investigation, unearthing psychos, corrupt cops, corrupt politicians, corrupt clergymen, corrupt... whatever, leaving a trail of corpses in his path. The dames are a special condiment: almost all of them (un)dressed in sexy exotic lingerie; showing different styles are not less ruthless and dangerous than men. I give this graphic book a big thumb up! Remember: is full of sex and gory, so is suitable only for adult public. Reviewed by Max Yofre.

It's not easy being green...

Published by Thriftbooks.com User , 16 years ago
...or black and white for that matter. The good guys in this book are bad and the bad guys are just plain disgusting! A pill popping murderer(with a soft heart) battles a flesh eating priest and his misunderstood cannibal friend. It just doesn't get any darker than this. Besides the unnaturally sexy women (most of whom are prostitutes), there is nothing attractive about this world that Frank Miller has created. Yet still you will find yourself sucked in by that part of yourself that wants to slow down as you drive by an accident.

A compelling and unforgettable tale of knight errantry

Published by Thriftbooks.com User , 16 years ago
Anyone who has seen and enjoyed the recent Frank Miller/Robert Rodriguez film SIN CITY should definitely explore the graphic novels upon which the film is based. THE HARD GOODBYE was the first of Miller's series of novels, and the one upon which the Marv sequence in the film is based. As Miller tells it in interviews, he had been toying with the idea of creating some short 48-page comics dealing with a noirish urban area he called Sin City, and had been coming up with a lot of ideas, such as the geography, some of the back story, and a number of character. But he was struggling to come up with a story. One day, he says, he had a flash: "Conan the Barbarian in a trench coat." And thus was Marv created. The trench coat isn't a trivial matter with Marv. Throughout the book he repeatedly expresses interest in coats, especially coats he can liberate from bad guys he is about to kill. And once Marv's story took off, it wasn't a 48-page tale any longer. Some write or talk about the Sin City books as if Miller has reinvented the world of noir. This simply isn't true, and no one who has actually followed the host of books and movies to follow in the wake of Dashiell Hammett and Raymond Chandler would find anything new in Miller's vision. What little that is new is the extreme to which he takes some of the more garish elements of the hardboiled school, but those elements were all well established before Miller ever turned his attention to the tradition. In particular, he is deeply indebted to Raymond Chandler's take on Dashiell Hammett's creation. If you read Chandler's books, you quickly realize that he views his detective Philip Marlowe as a latter day knight errant, defending the helpless and rescuing damsels in distress, albeit with a thick veneer of world weariness and cynicism. Marlowe has a tough guy exterior, but it hides a heart of mush and a profound moral code to which he remains true. The only thing that Miller brings to the mix is a graphic vividness, and a stretching of the elements of the hardboiled tale to the point of caricature. But Marv's determination to avenge Goldie's death is remarkably similar to Marlowe's dogged faithfulness to those to whom he feels loyal. THE HARD GOODBYE is part and parcel an exaggerated, almost garish recreation of Raymond Chandler's version of the hardboiled crime story. Miller's heroes are a bit less law-abiding, but at heart they are guys with a profound dedication to idealized women. Marv is insane, suffering from some unspecified mental illness to which he alludes but which he never describes. The pills he takes keeps him barely on this side of over over-the-edge. He is violent, hideously ugly, virtually indestructible, and profoundly dangerous. Miller might describe him as Conan in a trench coat, but he also can remind some as a poor man's Incredible Hulk. But where women are concerned, he is a softy. One theme that runs through Miller's books is that the good guys are all prote

One of the best graphic novels ever

Published by Thriftbooks.com User , 16 years ago
What can I say that hasn't already been said. Yes, it is violent and yes, Marv, the main character probably isn't your friendly everyday neighbor. But who cares? This is a comic book. It has a truely amazing storyline, the most wonderful graphic art I've ever witnessed in black and white. Superb!!! If you like this one, check out Frank Miller's "Daredevil, The Man without Fear" and "Batman, the Dark Knight Returns".

Published by Thriftbooks.com User , 21 years ago
No one in his right mind would argue with Frank Miller's pedigree as a comic artist. Miller single-handedly reinvented the superhero genre with his seminal "Batman: The Dark Night Returns" in 1986, then took on a flagging Daredevil title and made it the most gripping reading available in the comic book racks. Even the X-Clone fans had to applaud Miller for breathing life into a dying medium. And then he created "Sin City," making everything which came before seem amateurish in comparison."Sin City" is the story of a down-on-his-luck,dumb schlub named Marv who wanders into a tangled situation he cannot begin to understand. Naturally, his life heads straight down the toilet immediately after making love to an incredibly beautiful woman. Marv's single-minded pursuit of vengeance consumes the remainder of the series in true film noir fashion.I could go on and on about the classic noir elements Miller blends into the tale, the obvious glee he takes in crafting this work, or the extraordinary nature of the villain he has constructed to be Marv's foil. Forget all that and look at the art. It explodes off the page in glorious black and white. Miller's use of light and shadow and the cinematic nature of his composition is the most remarkable thing I have seen in the medium. The best way I can describe the illustrations in this series is to say it looks like a storyboard Orson Welles would have put together for "Touch of Evil." Let's face it: "Sin City" is no "Othello." ("Titus Andronicus," maybe, "Othello," no.) But Miller's not looking to create great literature here, as Chris Claremont often attempts in his overwrought "X-Men." Instead, he's treating his fans to a tightly-wound, suspenseful romp through a visceral urban swamp. This is a book you'll read straight through to the shocking end, and I heartily recommend it to anyone tired of the Todd McFarlane clones and their spandex jive.
Copyright © 2020 Thriftbooks.com Terms of Use | Privacy Policy | Do Not Sell My Personal Information | Accessibility Statement
ThriftBooks® and the ThriftBooks® logo are registered trademarks of Thrift Books Global, LLC